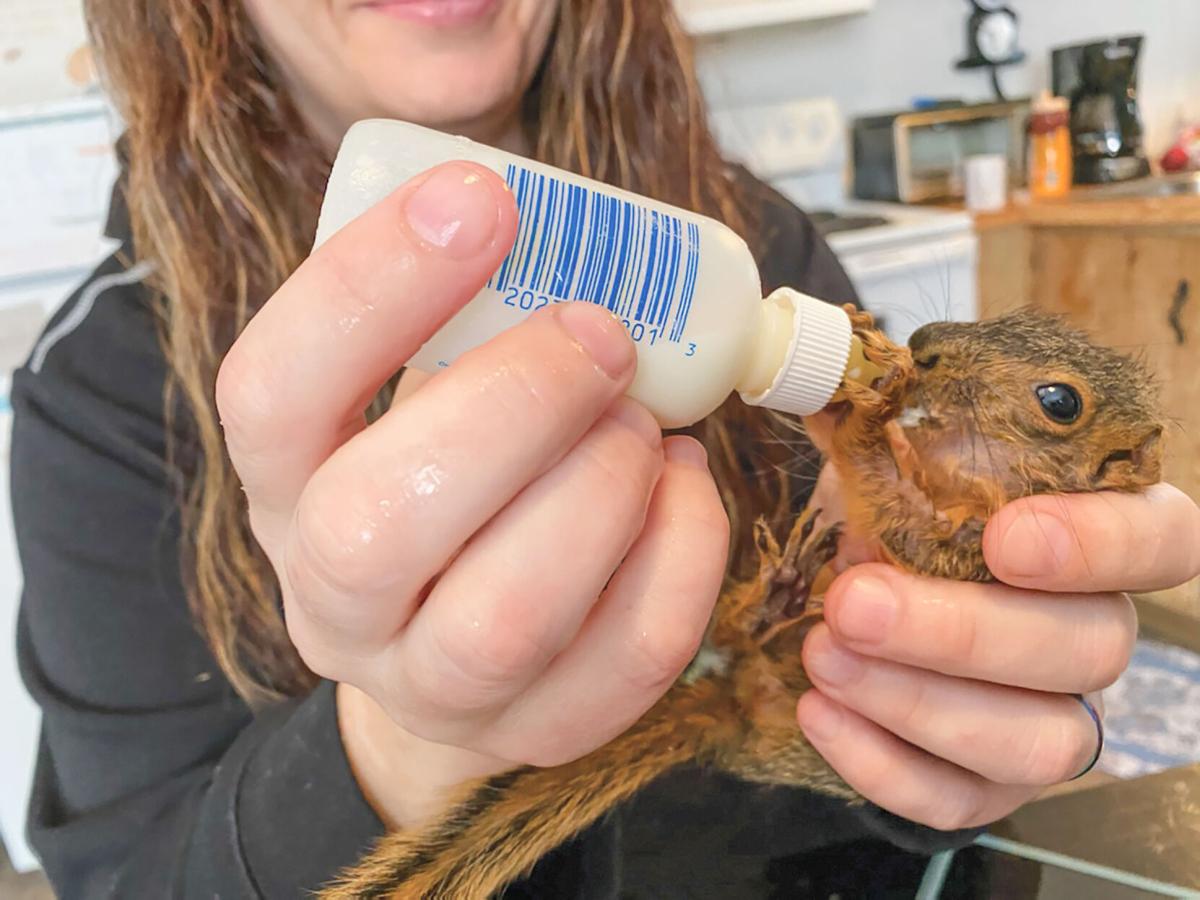 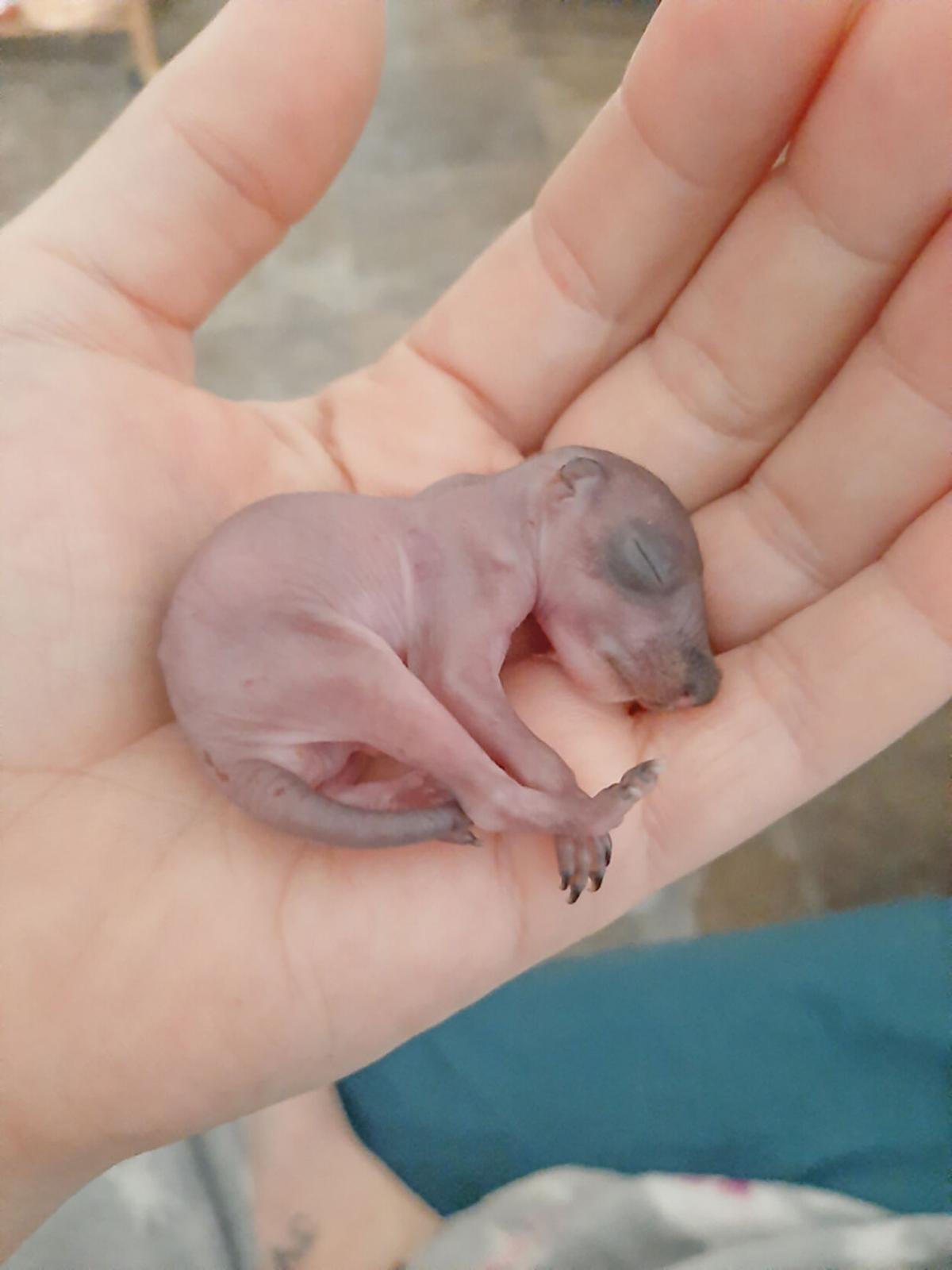 Wall-E when he was first rescued as a newborn squirrel. 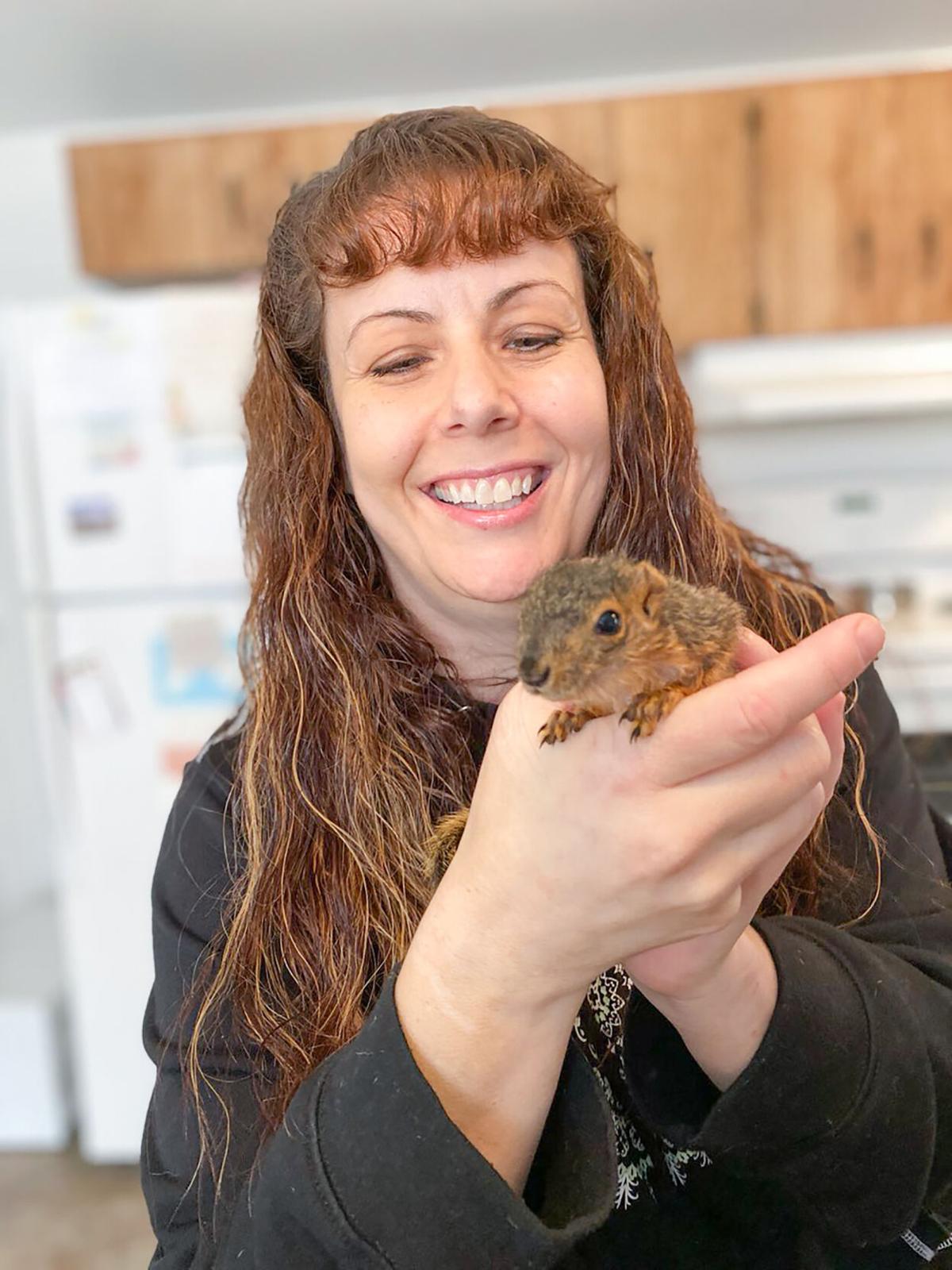 Carolyn Kuert with the baby squirrel she is rehabilitating.

Wall-E when he was first rescued as a newborn squirrel.

GRANGEVILLE — If you listen closely, you may hear the whispers of an animal lover. She quietly and patiently takes on unwanted animals and makes them part of her family.

Carolyn Kuert has been an animal lover her entire life. Ever the little girl bringing home strays, not much has changed for Kuert.

“When I heard through a coworker that a newborn squirrel needed help, I volunteered,” Kuert smiled.

A cat had gotten ahold of a mama and baby squirrels and there was just one tiny survivor.

“I didn’t know anything about squirrels at all, but I started Googling,” Kuert said. That was almost 10 weeks ago.

“I wasn’t at all sure if he was going to live,” she said.

But Kuert has remained steadfast in her rehabilitation efforts and the tiny, hairless rodent is now a thriving, fur-covered climber who loves to snuggle in Kuert’s sleeve, pocket or in her hair by her neck.

In a couple more weeks, formula will be replaced with water as Wall-E will be eating on his own, and his diet will include the almonds, avocados, papaya, broccoli and apples he loves.

Taking on Wall-E was not only time-consuming, but also added to Kuert’s mini home rescue.

All are rescues and Kuert was not sure how they would react to a baby squirrel. She was happily surprised.

Everyone loves Wall-E, especially Eva, who mothers him, has carried him, washes and nuzzles him. Big, strong Pippin noses and smells his tiny squirrel brother while old Cubby, with a sideways hanging-out tongue, gives the occasional sniff. It’s as if the animals all know they have been given second chances — and with a human mom who puts their needs first.

“I love animals and I cannot imagine my life without them all,” Kuert said. She works fulltime as assistant manager at Family Dollar in Grangeville, and when she isn’t working, she has many animal chores to keep her busy in her home.

She will continue to rehabilitate Wall-E and assess what his future holds.

“He’s really getting a personality, so it will be fun to see how he continues to grow,” she said.

She doesn’t advocate taking animals in from the wild unless it is an emergency and there are not other options.

“He’s been a lot of work, but also a lot of fun, and I’m happy I’ve had this chance,” she said as Wall-E settled into the perfect napping spot along her sweatshirt hood. “He’s a sweet little guy.”

What a lucky squirrel! I was lucky enough to meet Wall-E and I will admit he is super cute. Nice work with your rescue Carolyn!