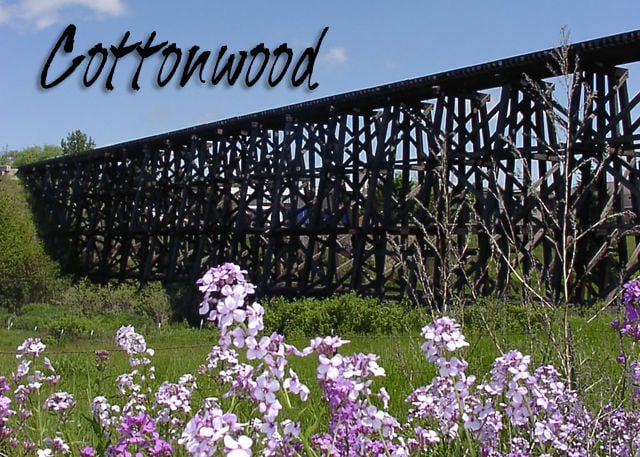 COTTONWOOD — The 23rd Annual Mystery Night with the theme, “1950s Holiday in Vermont” is coming up on Saturday, Nov. 7 at Greencreek Community Hall. A $130 ticket includes dinner for two, a no host bar and a chance to win $10,000. We won last year, maybe this is your year to win! If you want to have even more fun, dress in 1950’s attire. For tickets call SJB at 208-962-5650 or visit johnbosco.org or any SJB family. Mystery Night Ticket presale on now. Reserve your ticket at https://bit.ly/32ezkmX.

Come join us at the Cottonwood Gun Club on Nov. 15 for our annual turkey shoot! Club opens at 8:30 a.m., purchase of a card is a guaranteed win. All ages welcome. Kitchen will be open for breakfast and lunch!

It has been getting cold lately. When that happens early like this, all those fall projects get canceled until next year. We did get our spuds dug so we saved them. Flowers are done for the year.

It is time for apple squeezing in the Wassmuth family. Even though the apples were frozen, we were still able to make juice out of them. The group was small this year, but we got the job done. Now I just have to can it so we can have apple juice any time we want. Yummy!

Have you noticed all the wild geese and swans flying over the last couple days? Some people have reported 1,000’s at one time. Word is it is so cold in Canada they are getting the heck out. It is very unusual to see so many at one time. As a matter of fact, I have never seen them grouped together so much at one time.

“From Cottonwood and Smithfield…To the World” is a recently written book about some of the pioneers who first settled in Cottonwood. Two of those families, the Seuberts and Funkes, emigrated from Germany. The book features three chapters about life in Cottonwood from 1889 to 1980, including the story of Herman’s mother, Anna Jenny, who had 101 grandchildren. The book would make a great Christmas gift. Buy it at Store.BookBaby.com. Search for “Cottonwood.” Save $10 on your purchase if you buy before Thanksgiving. Coupon code is: Cottonwood.

Marina Geis and Debby O’Neill organized an Idaho County Trump Rally Saturday, Oct. 17. It formed up at the Cottonwood City Park with about 27 vehicles and headed to Grangeville. The parade proceeded down the Harpster Grade through Stites and Kooskia. They picked up more vehicles in the Kamiah-Kooskia area for a total of 50 vehicles. From Kamiah they drove up Hwy 162 on their way back to Cottonwood. Mike Kindrick drove the pilot car for the caravan and Lori Schmidt brought up the rear. There was a lot of cheering along the way, with some letting them know they weren’t Trump supporters.