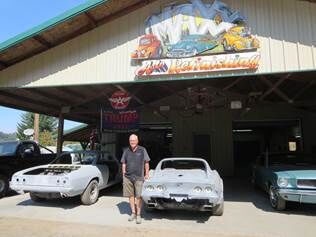 Max Childs at his shop with some of his cars. 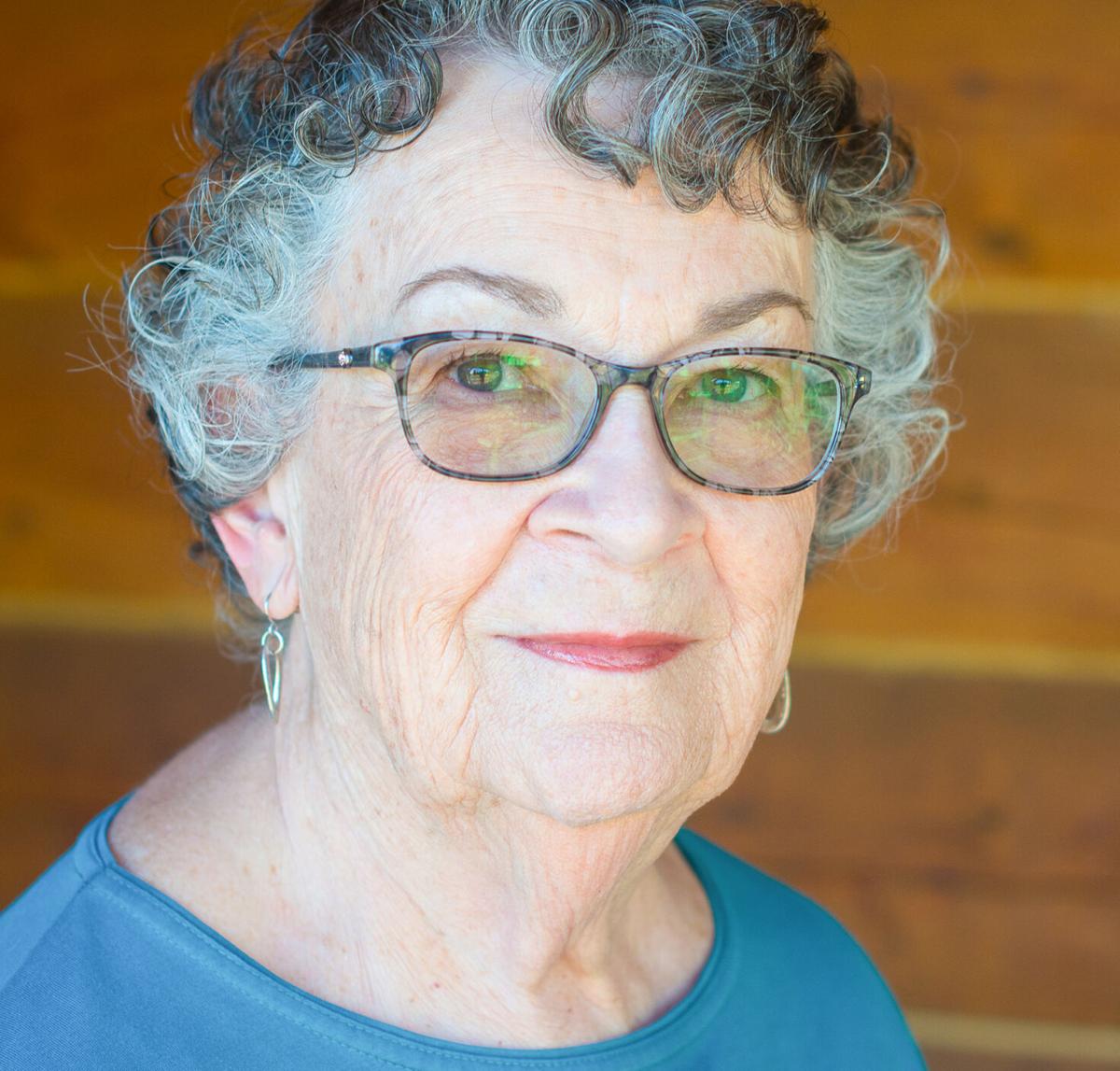 Nancy Gillins, columnist for the Clearwater Progress, for the Glenwood-Caribel area. Contact 208-935-0334 or ngillins4@gmail.com.

GLENWOOD-CARIBEL – The man loves cars. Max Childs has been fascinated with cars since he was a child watching them drive by his window, and says he was a "car kid" who grew up into a "car guy." He started working cleaning up cars at dealerships as a teen in Southern California, and after high school graduation - and a stint in the Navy as a radio man on a submarine during the Vietnam War - went right back to it.

Life in the big city wasn't for Max, so he moved to Northern California where he could enjoy backpacking and other outdoor activities, and then went to work for a collision repair shop doing auto painting. After moving to Lewiston in 1991, he did the painting for repair shops, opened his own business painting jet boats, and found fulfillment working with troubled youth in the Lewiston Detention Center and in group homes. Max realized he couldn't advance in that type of career without the appropriate degrees but could still do what he loved most - work with cars.

In 1996, Max moved to the Shenandoah area, off Glenwood Road, to what he calls "God's country," and built his shop, where he lived while constructing his beautiful log home, by himself. Max's shop is the center of his collision repair and auto restoration business, and he especially enjoys working on classics and restomods. A restomod car is restored with the addition of modern parts that were not on the vehicle when it came from the factory. Max owns a total of eight restomods and classics.

His vehicles of the moment are a classic 1954 Chevrolet and a restomod 1964 Chevelle.

The Clearwater Classics Car Club is an active, loosely knit group of about 20 families from around the area that meets together twice a month just for the fun of it. All members own and drive classic cars or restomods - which typically include those built before 1976 - and park along the street of whatever local cafe they choose to frequent at the time. They are proud of their beauties and enjoy the comments and questions from passers-by. There are no officers, and no dues for this club.

The Car Club sponsors a show during Kamiah BBQ Days (with help from the Chamber of Commerce) plus the Kamiah Show and Shine. The benefits from the Show and Shine are sent to the Veterans' Home in Lewiston to be used for various activities. The club also attends car shows and tries to park as a group. Several of the members, including Max and his wife, Teresa, drive to Reno, Nevada, for the Hot August Nights event, which can draw as many as 6,000 registered classics and street rods.

One of Max and Teresa's favorite club activities is taking day trips, such as caravanning for pizza in Riggins, or to a winery in Lewiston. Recently, the group spent five days camping at Deyo Reservoir, near Weippe. If this isn't one man's idea of the great life, I don't know what is!

Contact Nancy if you have ideas for articles, or news of events, for the Glenwood-Caribel area. 208-935-0334 or ngillins4@gmail.com.