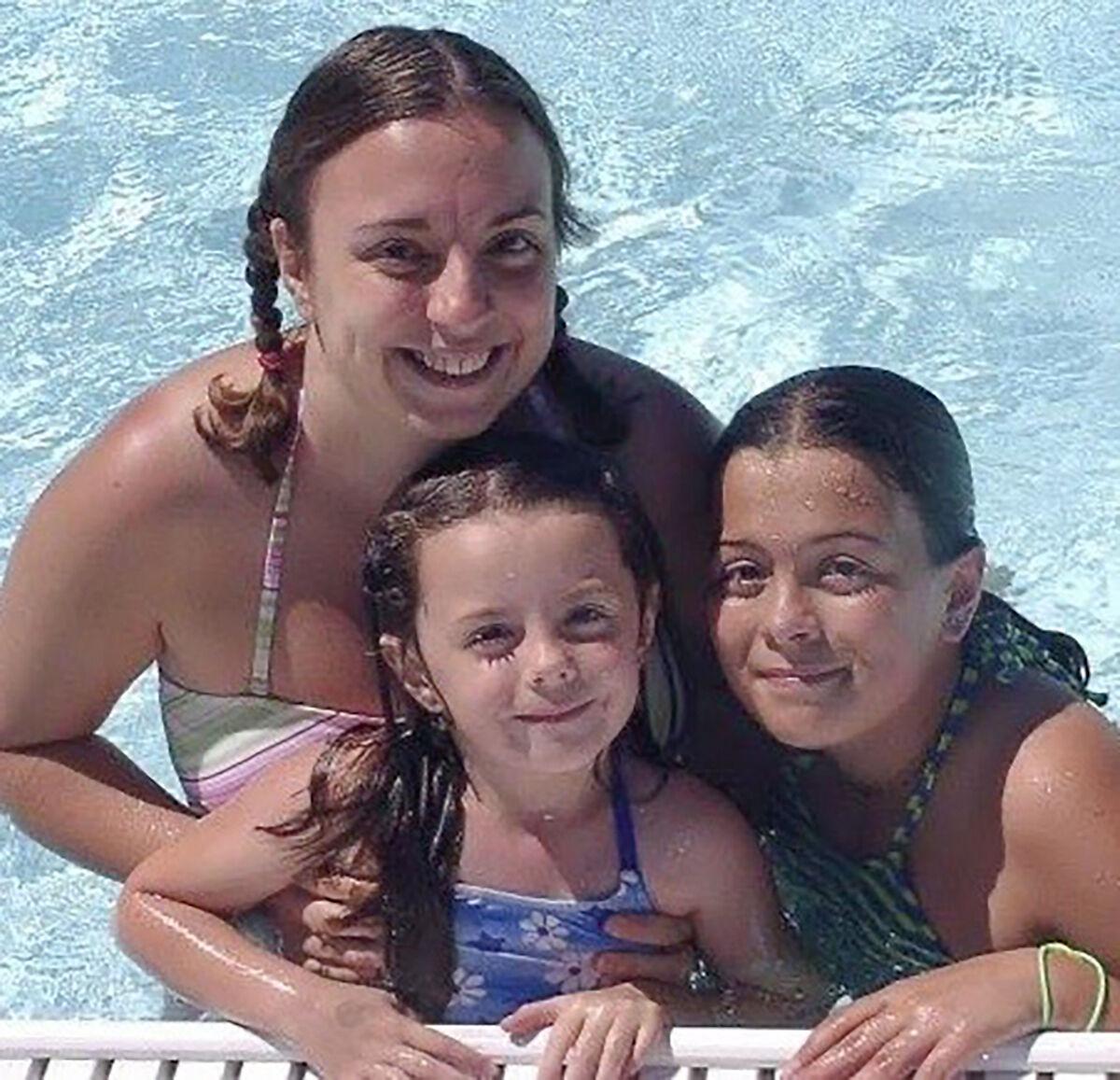 Daughters Elizabeth, Hailey and Avery at the Grangeville pool when Liz visited from Vermont in 2004. 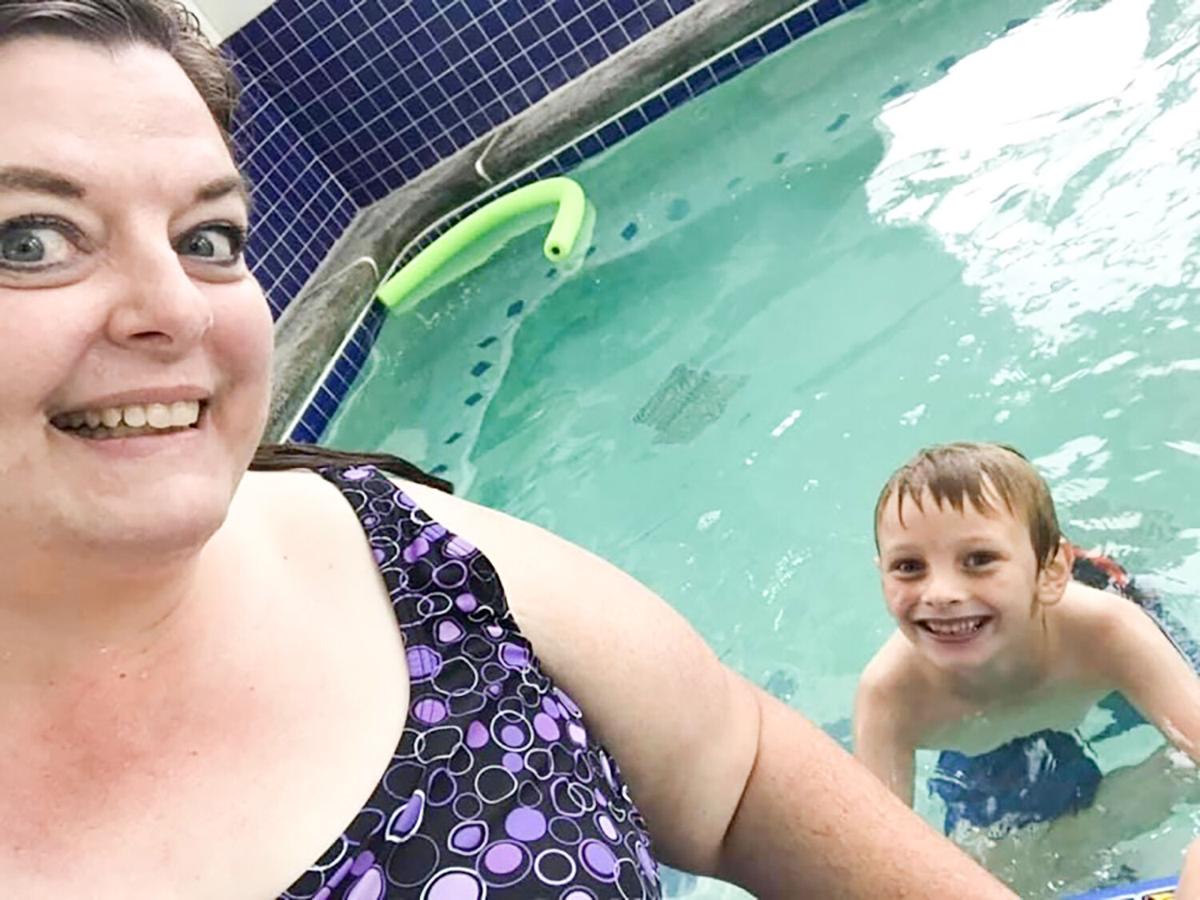 Swimming at a hotel in Clarkston, Wash., with my great-nephew, Robby, in 2019.

Daughters Elizabeth, Hailey and Avery at the Grangeville pool when Liz visited from Vermont in 2004.

Swimming at a hotel in Clarkston, Wash., with my great-nephew, Robby, in 2019.

GRANGEVILLE – Sitting on the bleachers just outside the Grangeville City Pool watching swim lessons recently, I was taken back in time.

The smell of chlorine and the view of salty little bodies splashing in the pool cause me to close my eyes and take a slow, deep breath.

I was 6 years old when I took my first swim lesson session at the YMCA in Lynden, Wash. I was excited at the prospect of being able to swim. I loved it. That is, I loved it as long as I could touch the bottom of the aqua pool and hold on to rough, concrete edge. Unfortunately for me, lessons required more than those skills, and I flunked my first session. My mom made the drive in from our home in Custer – about 18 miles away -- daily for another two-week session. Thirty minutes a day in that deeply chlorinated water. I remained terrified and failed to pass – again.

I was relieved when it was over, but the following summer seemed to arrive quickly. My parents, ever encouraging, gave me many pep talks. I really did like the idea of swimming, so maybe I was ready to tackle lessons again. However, I was petrified of any type of dive, whether it be from the sitting or standing position at the edge of the pool or off one of the three diving boards. I did, however, like my swim instructor in 1975. His name was John, who I am sure he was a high school student. With two older brothers, I was not phased or shy. John was nice with, looking back now, was a hint of sarcasm and some pronounced eyerolls (I simply thought him comical and cute when I was 7). He was muscular with brown eyes and milk chocolate skin – and I really wanted to please him. But my fear won out.

Until the final day of class.

It was the dreaded test day, and part of that exam was a jump off one of the diving boards. I walked to the end of the lowest board and stood there. John was in the pool, underneath the board, telling me he would “catch” me. (I had witnessed this “catching” and would not be fooled. It looked a lot like flailing and drowning). He got the plastic pole out that I could hold onto and jump with. Nope. “We’re waiting, Lorie,” he said. And we waited. I stood there. Finally, John swam to the edge of the pool, hoisted himself out, said, “This is ridiculous,” and climbed the ladder and onto to diving board behind me. He grabbed me around the waist and jumped with me in the pool. And something amazing happened – we sunk

down then floated to the top. I did not drown or even swallow water. As John loosened his grip, I began making my way to the pool’s edge. “So, you can swim?” John questioned me, shaking his head, offering one of his famous eye rolls.

I still flunked that session, but immediately took another, with John again, and passed. I would take lessons another three years and continue to pass each session. I guess the moral of the story is, sometimes you just need someone to grab you and jump in the deep end with you when you are scared.

I was never athletic, but I knew any body type could swim. I could swim. There’s great freedom on that, and the skill has served me well my entire life. Summers as Baker Lake, Silver Lake and Giles Pond, not to mention Dakota Creek along which I grew up. Times spent at hotels, the Lynden pool and on the Oregon and Washington coasts.

In college we had a large, indoor pool at Northwest Nazarene University (since gone to make way for larger gymnasiums and indoor sports courts). My roommates and I would get up early and make our way across campus to the pool, where, at our conservative Christian college, modest swimsuits were provided. That’s right, kids. It was like shoes at a bowling alley. A student named Barry worked behind the counter most mornings, and I would walk up and quietly say, “48 and a towel.” And, though no one else was there whom he needed to repeat the information to, Barry would yell out, “48 and a towel!” as he enthusiastically found a rust-colored one-piece spandex swim tank suit with boy-short legs. It looked like a size small – until it got wet. Suddenly a 48 was a 56. (We learned to order smaller sizes and get them wet first, before pulling them on). Despite the angst of the suit, the magic was in the quiet, early morning gym, swimming and floating the long lanes, talking laughing, and singing in the echo chamber with great acoustics, and leaving smelling like clean chlorine. IN the winter, our wet air would freeze into icicles before we could walk back to our dorm.

Years later, I would take “Mommy and Me” classes at the Bellingham Y with my baby daughter, Avery.

When I closed my eyes and took in a breath beside the Grangeville pool recently, I could picture my girls there, taking lessons, jumping off the diving board, going down the slide. Full circle. And the memories made me smile.