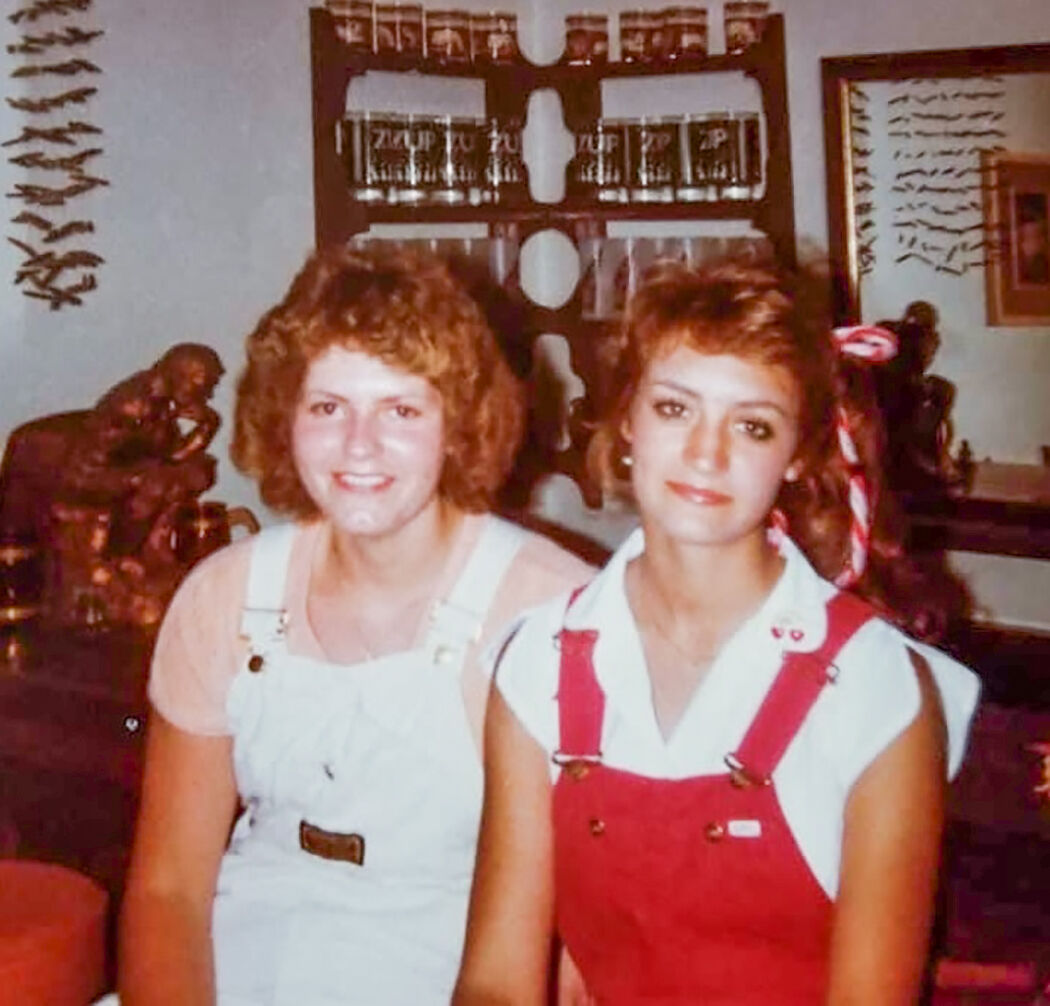 Kathy Ackerman flew to Louisiana to see her pen pal, London (right) when they were in high school. 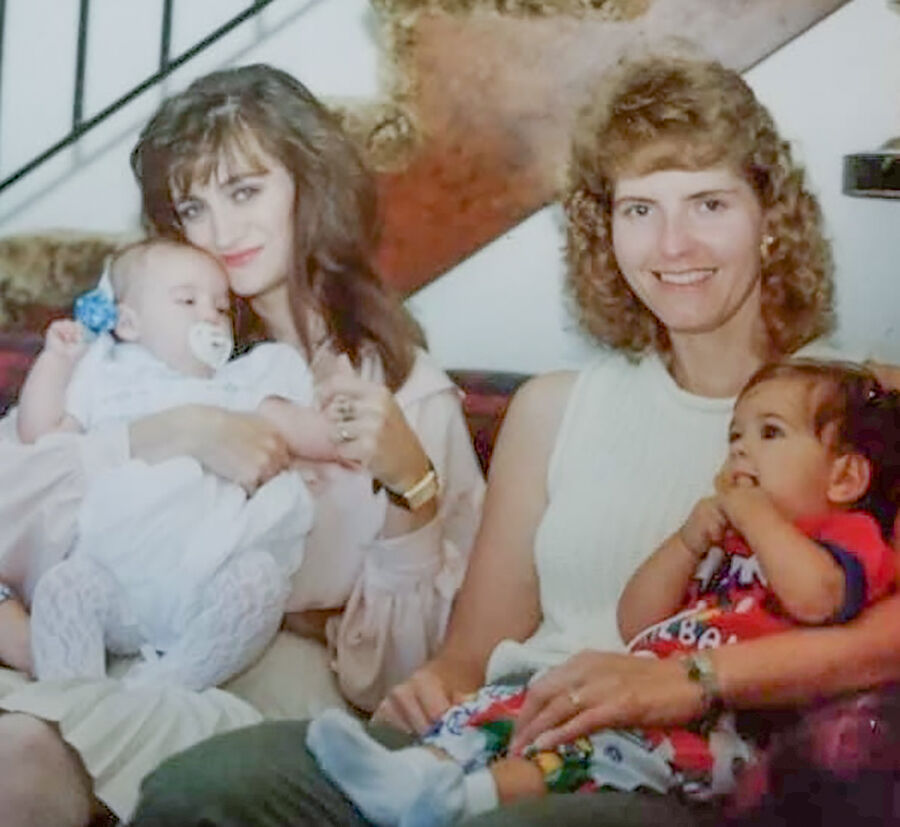 (L-R) Pen pals London and Kathy meet together after the births of their oldest children. 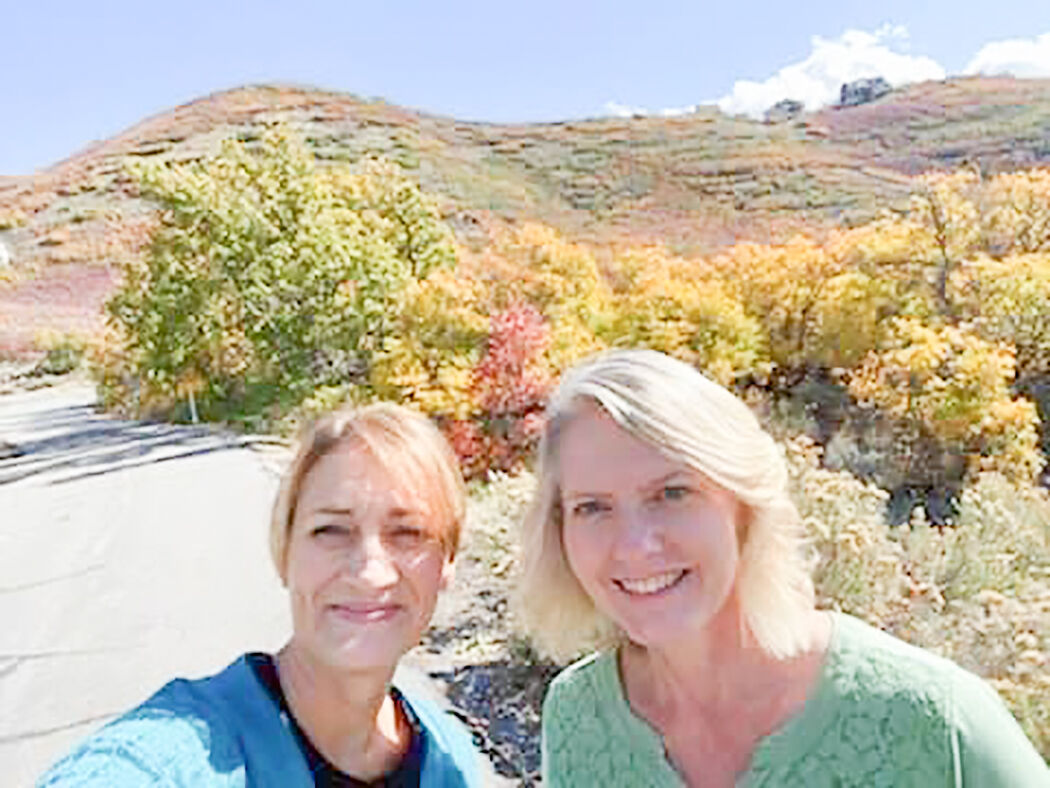 (L-R) London and Kathy got together in Salt Lake City this year.

Kathy Ackerman flew to Louisiana to see her pen pal, London (right) when they were in high school.

(L-R) Pen pals London and Kathy meet together after the births of their oldest children.

(L-R) London and Kathy got together in Salt Lake City this year.

GRANGEVILLE — “I can really only describe the beginning as serendipitous,” Kathy Ackerman said.

The Grangeville native recently returned from a conference in Salt Lake City where she was able to visit a friend she’s had for 47 years.

And those four-plus decades is where the happy chance part begins.

When Kathy was in fifth grade in Grangeville, a neighbor of hers, who had been in the fifth grade the prior year, had received an inquiry about the State of Idaho.

“She had received a request from a student who had been assigned Idaho as a state for research,” she explained.

That casual handoff began an exchange of letters between Kathy and a girl named London who lived in Louisiana at the time.

“We wrote to each other off and on, and she sent me a cassette tape in junior high,” Kathy smiled. “That was the first time I had heard her voice.”

In high school, they talked on the phone a few times and then Kathy’s great aunt, her grandmother’s sister, gave her a priceless gift.

“She paid for a trip for me to go meet London,” she said.

So, between her sophomore and junior years of high school, Kathy flew from Spokane to Baton Rouge.

“I was 16 years old and hadn’t really been anywhere,” she said. “If it wasn’t for a nice man I met on the plane, I’m not sure I would have made it through the Chicago airport,” which was under construction at the time.

“Of course. We’d never met in person, so it was a little awkward at first. But her family — she’s the oldest of five sisters in all — was wonderful.”

The family made the most of the experience and took her to New Orleans’ Bourbon Street, as well as the Broadway play, Annie. They also took her water skiing, telling her it would be “’easy, since you already know how to snow ski,’” she laughed. “It wasn’t. My legs were so sore the next day!”

Kathy said the trip was a pivotal point in her life, and ended up being the first of many travels for her, and solidified her lifelong relationship with London.

London went on to attend BYU and Kathy went on to the University of Idaho, then on to Minnesota where she took a course to become a travel agent.

Continuing to keep in touch, after London married and Kathy was dating Bob Ackerman, the couples met for lunch in California.

“We went to Disneyland and she and her husband were living with her grandparents at the time,” Kathy explained.

Following the births of their oldest children, Kathy traveled to New Orleans where she spent five days with her pen pal.

“Then, you know, life happens,” she said. Each raised three children. Though they continued to keep in touch through Christmas and birthday cards, as well as letters and e-mails now and then and the occasional Facebook message later on, they had not seen each other in 29 years.

“I contacted her and let her know I’d be in Salt Lake City, where their second home is — they live in Florida now,” Kathy explained. “I didn’t know if it would work out with her schedule, but it did.”

The pen pals were able to spend about 24 hours together, giving them time to visit and catch-up.

“I didn’t even have her cell phone number before this visit,” Kathy laughed. Now, she can text her.

Kathy feels the friendship has endured despite the lost art of letter writing, and she holds dear the uniqueness of their relationship.

“I don’t want to sound cliché, but I hold it as sacred,” she said. “Though we have had very different lives, there is mutual respect.”

A flood in London’s childhood home recently unearthed a letter from Kathy to London from more than 45 years ago.

“Her dad gave it to her, and I was able to read it,” Kathy shook her head. “I was embarrassed. I had embellished a bit. But having London as a pen pal allowed me to create a version of myself outside of what I had. I am grateful for her friendship.”