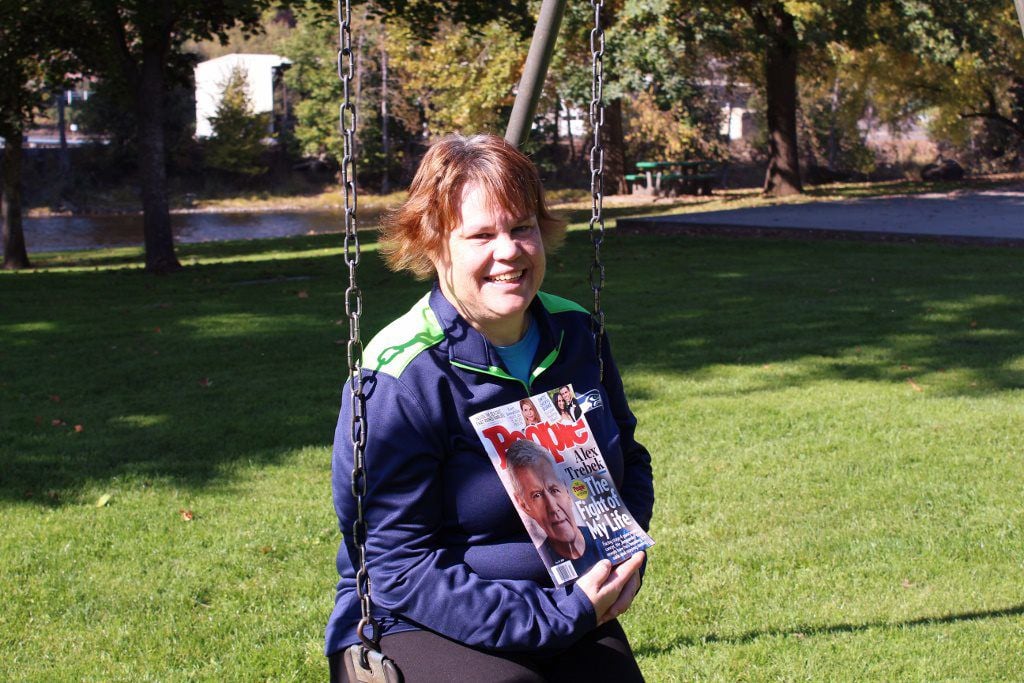 Jemima Farris holds the People Magazine in which she was interviewed.

CLEARWATER VALLEY -- Last fall I was delighted to meet the spirited Jemima Farris at the CV National Honor society chili cook-off on homecoming weekend in Kooskia. She was twisting balloons into rams, goalposts and other fun shapes, delighting young visitors to her chili booth. As I have gotten to know her, she mentioned that she had been interviewed in People Magazine earlier this year and was featured in a documentary. Curious, since very few local people are in any national magazine, I asked Jemima to explain. Her answer shocked me, that she lived the first 27 years of her life as part of a religious cult, called the “Children of God.” Back in the early 1970s a bus stopped in Kooskia recruiting for the group. Jemima’s mom, pregnant with Jemima at the time, left her husband and boarded the bus the next day because “she wanted peace and harmony, what all the hippies wanted,” according to Farris.

The early years weren’t so bad, with lots of kids to play with and moving around to other countries including Mexico, Japan, the Philippines, India, Thailand and Russia. They busked on the streets to raise money and recruited new members, promising them salvation. Later though, the leaders lost their way, and physical, emotional and sexual abuse became commonplace.

Farris “was too scared to leave” and she didn’t know any other life. When she was 27, she was excommunicated for smoking pot. After struggling with addiction, she has found her way forward despite the scars from this terrible chapter of her life. She now lives in Kamiah with her husband and her adult daughter, Mikayla, and works at the Kooskia Café.

What is a cult exactly? There are various definitions, but one is a social group with deviant behaviors and a charismatic leader who persuades through coercion. Farris’ story is a cautionary one. If a leader promises something that seems too good to be true, it probably is. Beware of false prophets who expect unquestioning support.

One of the things I really enjoy about writing this column is meeting different people and hearing their stories even when they are heart-wrenching. Jemima is a survivor who wants to share her story to help others. If you want to hear more of Farris’ story, look for “People Magazine Investigates: Cults, S02, E01- Children of God, now available on YouTube.

One day after the Farm Table Café in Kooskia posted on their Facebook page they would be closing at the end of January, they posted they have sold the restaurant to some local folks who plan to keep running the restaurant as is. Stay tuned to see what happens there. Glad we will not see a shuttered business downtown.

Good news from Kamiah: the city leaders invited all 15 of the EMT’s to return to duty after they were fired or resigned (depending on whom you talk to) last month. Most of them have returned and discussions with the city continue to try resolve outstanding issues. It’s amazing what can happen when people sit down together and talk things through. I hope this is a good sign for the year ahead. This week I’ve been invited to attend the Clearwater QRU meeting to hear what they are doing and get the details on their upcoming spaghetti fund-raiser. Thank you to first responders everywhere!