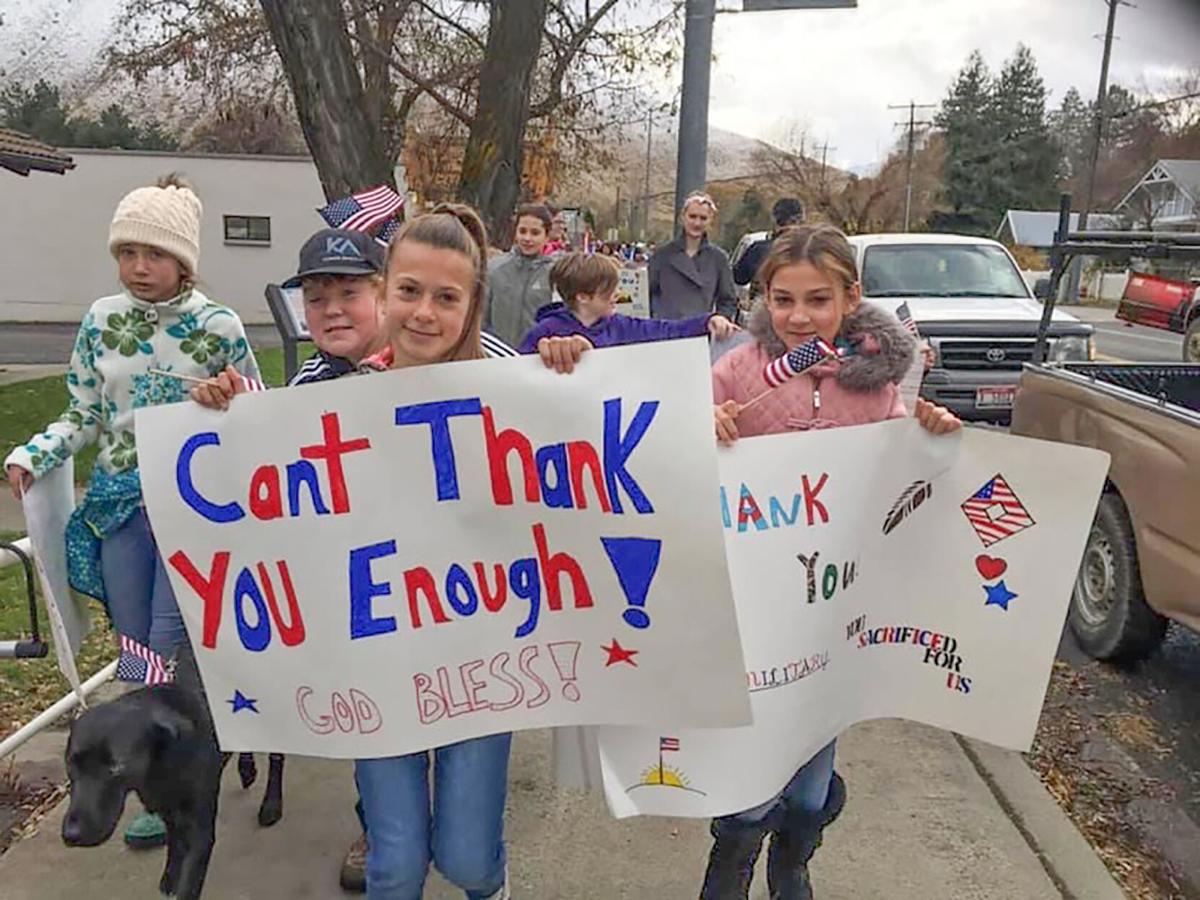 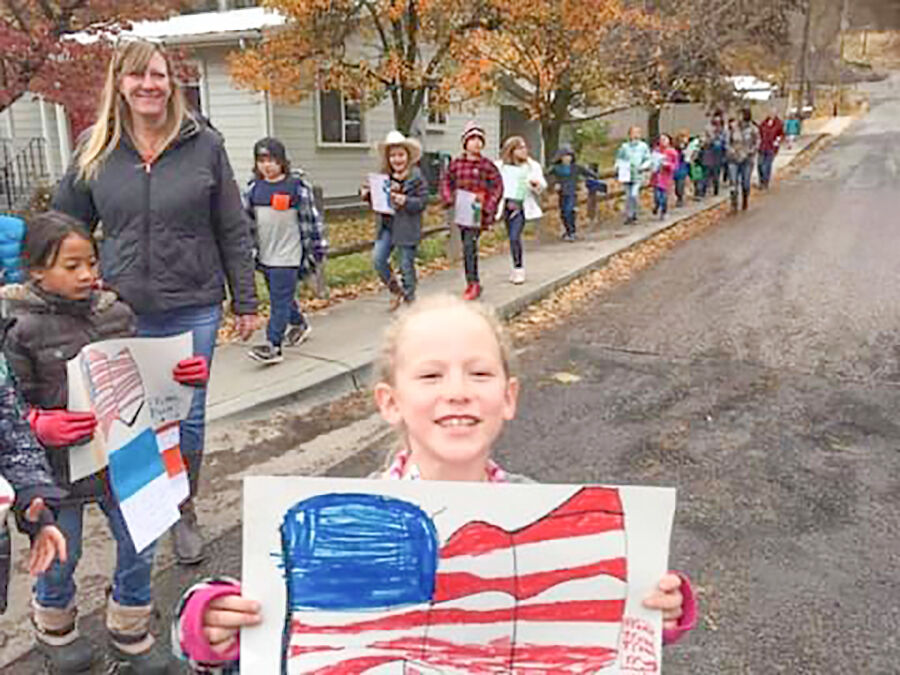 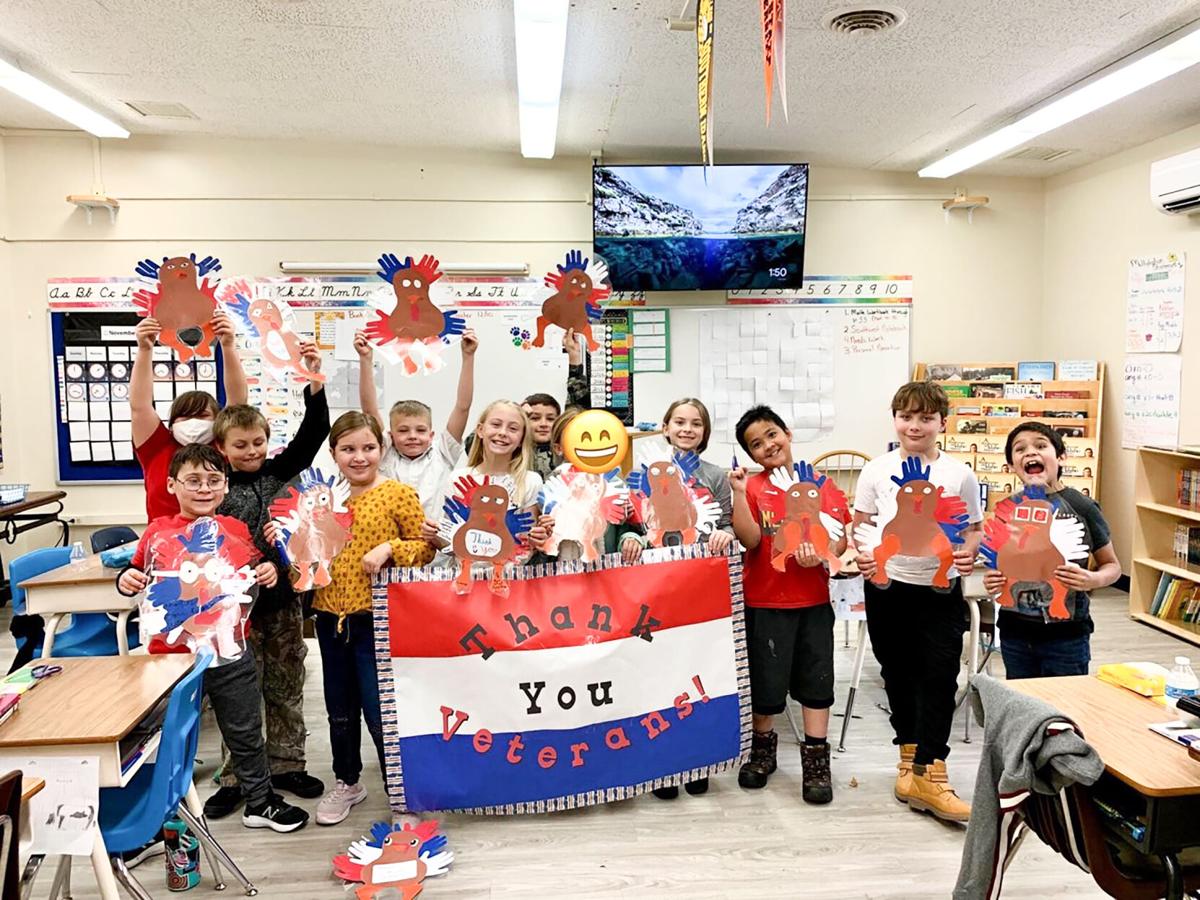 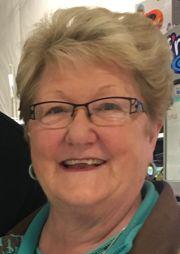 RIGGINS — Quote of the week: “When the world feels like an emotional roller coaster, steady yourself with simple rituals. Do the dishes. Fold the laundry. Water the plants. Rake the leaves. Split the wood. Take a walk. Simplicity attracts wisdom.” Add your own simple ritual.

Veterans Day 2020 was celebrated Wednesday, Nov. 11, with a walking parade, organized by the Salmon River High School students, who invited the elementary students to parade with them down Main Street with American Flags, banners and signs honoring our local veterans. The parade was in place of the annual Veterans Day assembly due to the Stage 3 regulations. Lots of people lined the street to help honor our Salmon River veterans. Kudos to our Riggins students and teachers.

Jordyn Pottenger organized a Barrel Racing Clinic for her senior project, with our own professional barrel racer, Deanna Schultze Davis, teaching the clinic, assisted by her husband, Nathaniel. They took the youth through some important, but seemingly simple exercises to work on getting their horses ready for barrel racing. Thirteen participants, Raney Walters, Logan Calvin, Raydin Hayes, Kennedy Wilson, Audrey Tucker, Liz Markley, Kinley Whitney, Chalice Bicandi, Madi Pottenger, Dawson Whitney, Riley Davis, Isabelle Sweetwood and Kassidy Geible, had a barrel race competition following the clinic in which there were two divisions. In the intermediate, under 12, Raydin Hayes took 1st, Kinley Whitney placed 2nd and Liz Markley placed 3rd, all from Riggins; in the advanced, 12 and over, Kassidy Geibel took 1st, Isabelle Sweetwood placed 2nd, both from McCall, and Riley Davis placed 3rd. Chalice Bicandi was awarded “Best Attitude” award. First place winners won cash as well as western tack; all other winners won western tack donated by Riggins One Stop as well as funds from clinic fees. Each participant was given a Youth Barrel Race T-shirt, donated by Canyon Graphics. Great job to all who helped make this day a great success.

Congrats to SRHS Sofie Branstetter, who was named to the first team in Long Pin Conference in volleyball, to Jordyn Pottenger and Alethea Chapman, named to second team, and to Avery Jones for receiving honorable mention. Congrats to the SRHS senior girls Lotus Harper, Sofie Branstetter, Jordyn Pottenger and Alethea Chapman named to the Senior All-Star Team. They may get to play that game next spring. Love you girls. So thankful for the opportunity to even play. Now, on to basketball.

The Tourist Trap Consignment & Gift Shop invites everyone to join them Saturday, Nov. 28 for their 8th Annual #ShopSmallSale. Open 10 a.m.- 6 p.m., with the first 25 shoppers who spend more than $25 receiving a free gift. Enjoy up to 75 percent off select items and 10 percent off everything in the store. Gift certificates are available. For information visit facebook.com/rigginstouristtrap.

The annual Riggins Christmas Bazaar, with Santa visiting 3-4 p.m., is only 10 days away. It will be held Saturday, Nov. 28, 10 a.m.-5 p.m. at the Riggins Community Center, right behind the Jackson Gas Station. Space rental is $30 per space; applications and fees need to be sent in ASAP to reserve your spot. Contact Joni Shepherd at 208-628-4984 or 208-859-4725 to apply or go online at http://facebook.com/rigginschristmasbazaar.

The Salmon River Community Church is holding two services during this Stage 3 time, one at 9:30 a.m., the second at 11 a.m., with 50 or less people at each service. Children’s Church at 11 a.m. service only.

Bingo has been canceled for tonight, Wednesday, Nov. 18, due to Stage 2 regulations.

The annual Thanksgiving Dinner, hosted by the churches, at SRHS has been canceled this year due Stage 2 regulations. The churches wish all of you a very Happy Thanksgiving.

Salmon River Gun Club Shooting Range is sponsoring a raffle to win an M1 Garand rifle with ammo and clips; tickets are available at Hook, Line & Sinker, $5 for one, or $20 for five tickets, with only 700 total tickets to be sold. There are only a few tickets left. Proceeds go towards continued development of the Shooting Range. Drawing will be soon.

Highway 95 slide project at mile marker 188 update: The helicopter holding a huge wire curtain hovered over the face of the mountain while workers hanging from cables attached to the top of the mountain, hooked the curtain to the previously drilled hooks. This has been a most fascinating project to watch since July 1.

Vander Esch News: Leighton was one of three defense captains at the Cowboys vs. Steelers game, Sunday, Nov. 8. He played a great game, despite the personal foul call, which I saw as a protection to his neck. Bye week for Cowboys Sunday, Nov. 15. Next game is Sunday, Nov. 22, vs. the Vikings. Leighton and the Cowboys have spent the days in practice and readying themselves for the Steelers. From Cowboyswire: “Vander Esch isn’t just a good athlete, he was one of the most athletic to join the league in quite some time, a great combination of size, speed and strength.”