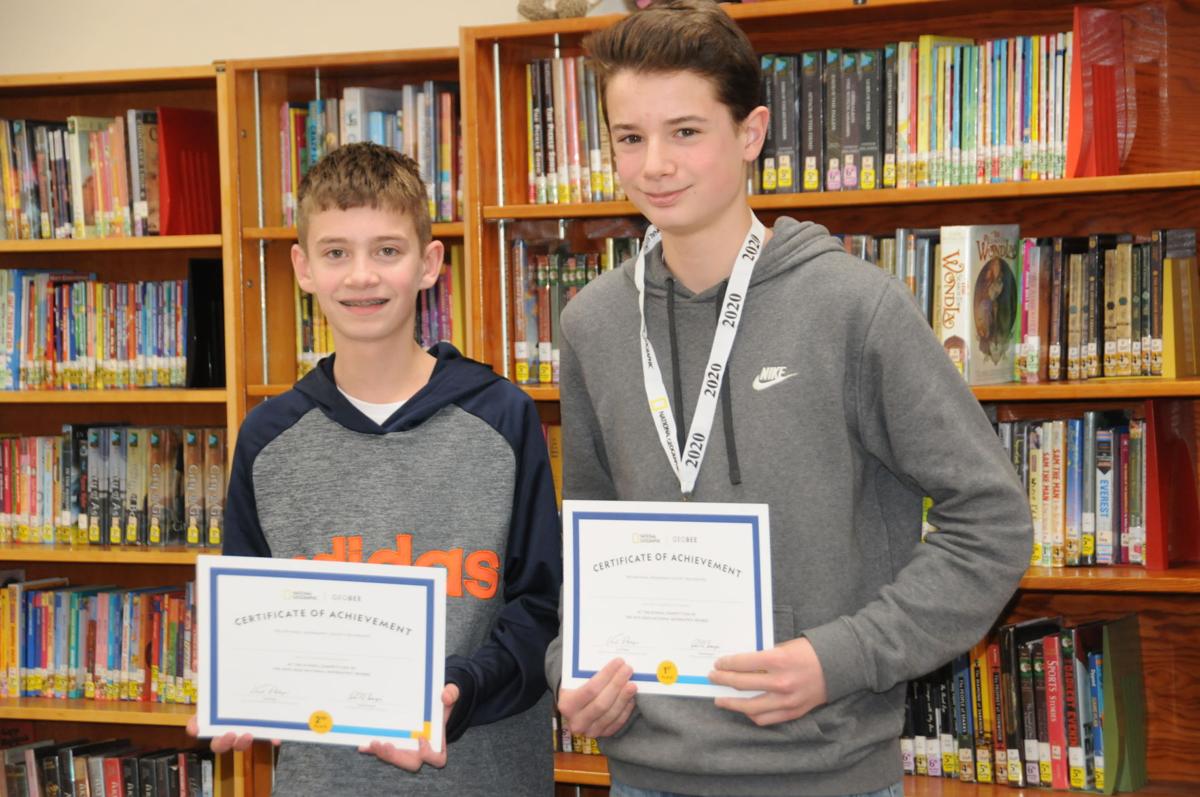 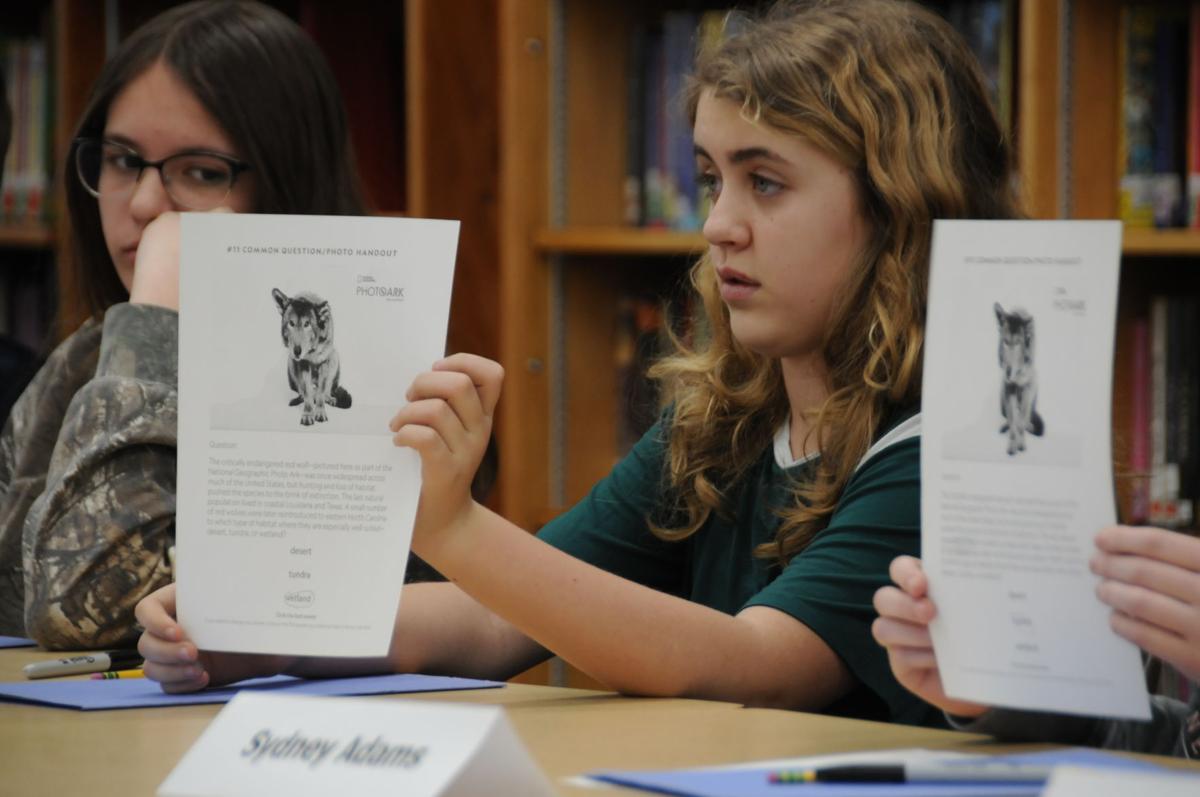 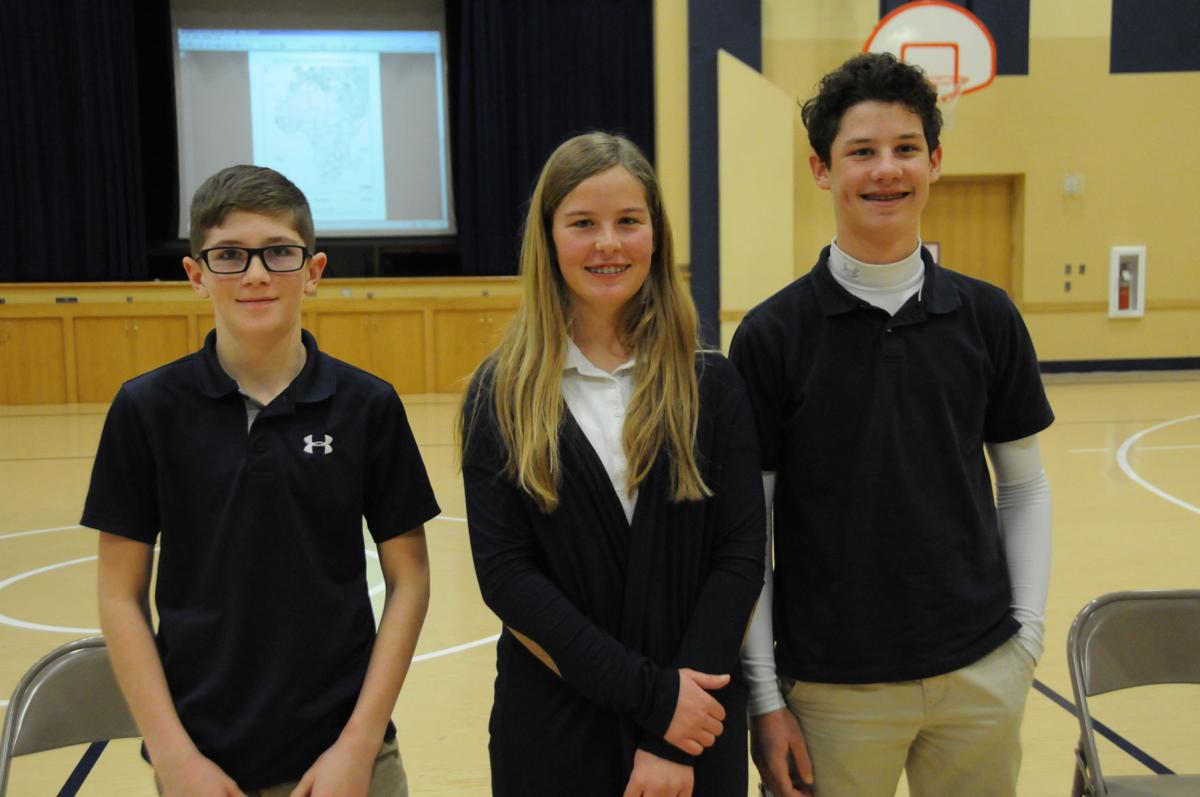 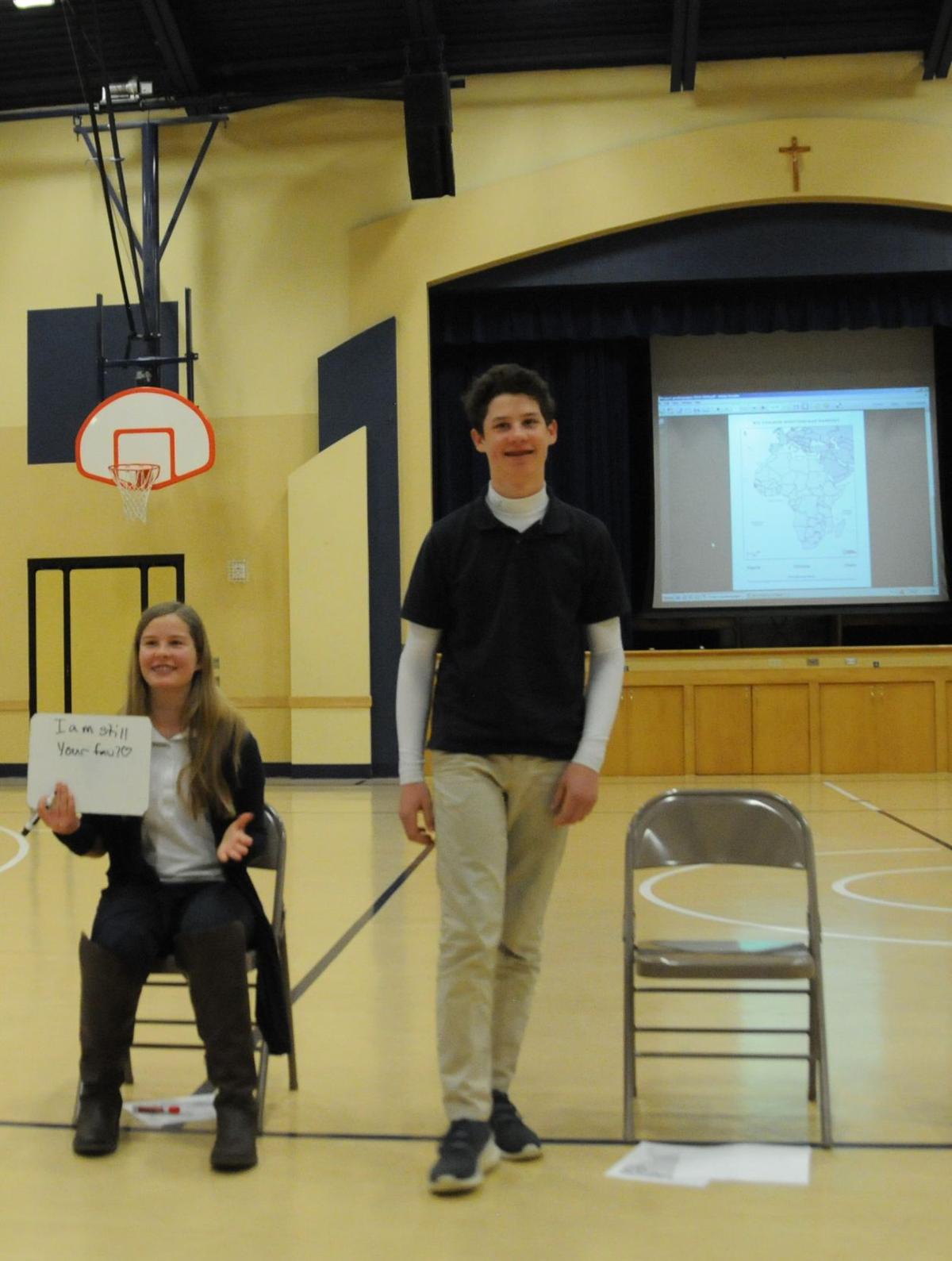 Siblings Cressis Holes and Ray Holes at the end of the bee when Ray congratulated his sister and she held up a sign to her mom stating, “we’re still family!”

GRANGEVILLE – You may know where Laredo, Panama City and Bangor are located, but what about the Great Dismal Swamp? Do you know in what environment the endangered Red Wolf lives? Would you be able to answer questions about Shanghai or the Falkland Islands?

Students at both Grangeville Elementary Middle School (GEMS) and Sts. Peter and Paul School (SPPS) competed for first place in the schools’ National Geographic bees last week. Each student highlighted their geography knowledge base in a variety of ways.

Students have oral and written answers, have to demonstrate critical thinking and map skills to compete.

The students met Jan. 16 for the quest to find a school champion.

Gallagher, Denuit and Zechmann were the last three standing, and finally it was down to just Gallagher and Zechmann.

One of the final questions asked, “Rain that falls on the slopes of the Triple Divide Peak in Montana’s national park flows into the Atlantic, Pacific and what other ocean?” (Answer: Arctic).

In the end, Zechmann became the champion with Gallagher in second and Denuit taking third.

After the second round of questions, Howe, Beman and A. Hammatt were out. The third round took E. Hammatt, Wasem and Wimer.

The last four standing were C. Holes, R. Holes, Klement and Bransford, then it was down to the Holes and Bransford.

Finally, the Holes siblings were left to battle it out in the championship round.

In the end, Ray Holes took top honors, but congratulated his sister, who took second. Bransford was the third-place winner.

Now, each winner will take an on-line qualifying test. If they place in the top 10 in the state, they will have the chance to compete in Boise against the top state contenders. Winners of their respective state bees win an all-expense paid trip to the GeoBee national championship in the spring.

Test your knowledge with these sample questions

Carslbad Caverns National Park is located in the Chihuahuan Desert in which state – New Mexico or Iowa?

Which state has a longer coastline – Maine or Rhode Island?

Before Phoenix became an official city, it was called Pumpkinville. Phoenix is the largest city in which southwestern state – Arizona or Montana?

The Orange River rises in Lesotho in the Drakensberg Mountains on which continent?

Which animal that can regenerate its limbs and tail can be found in the Appalachian Mountains – salamander or red eyed tree frog?

Which country does not border the Black Sea – Bulgaria, Denmark or Turkey?

Estancias is the term for large cattle ranches in the second largest country by area in South America. Name this country.

Located on the edge of the Ozark Plateau, Jefferson City is the capital of which state?

Mount Aso, which includes a large caldera, is located on the island of Kyushu in what country?