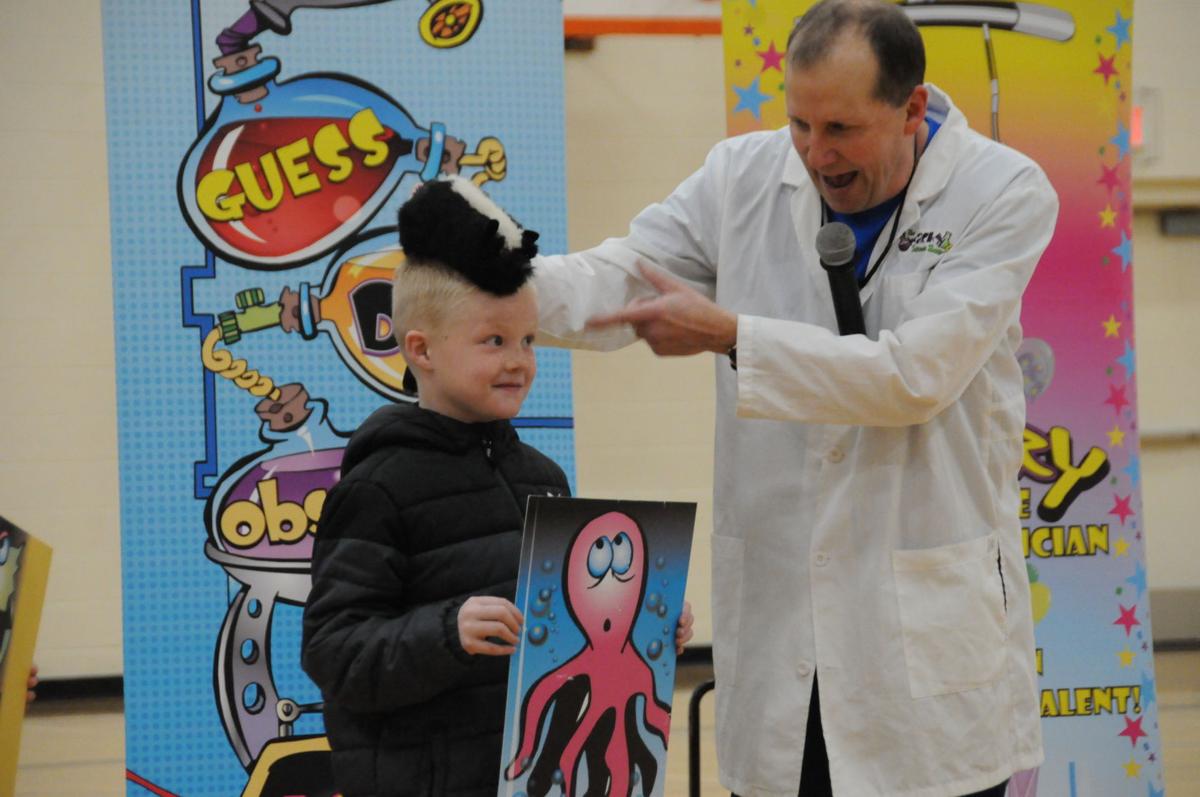 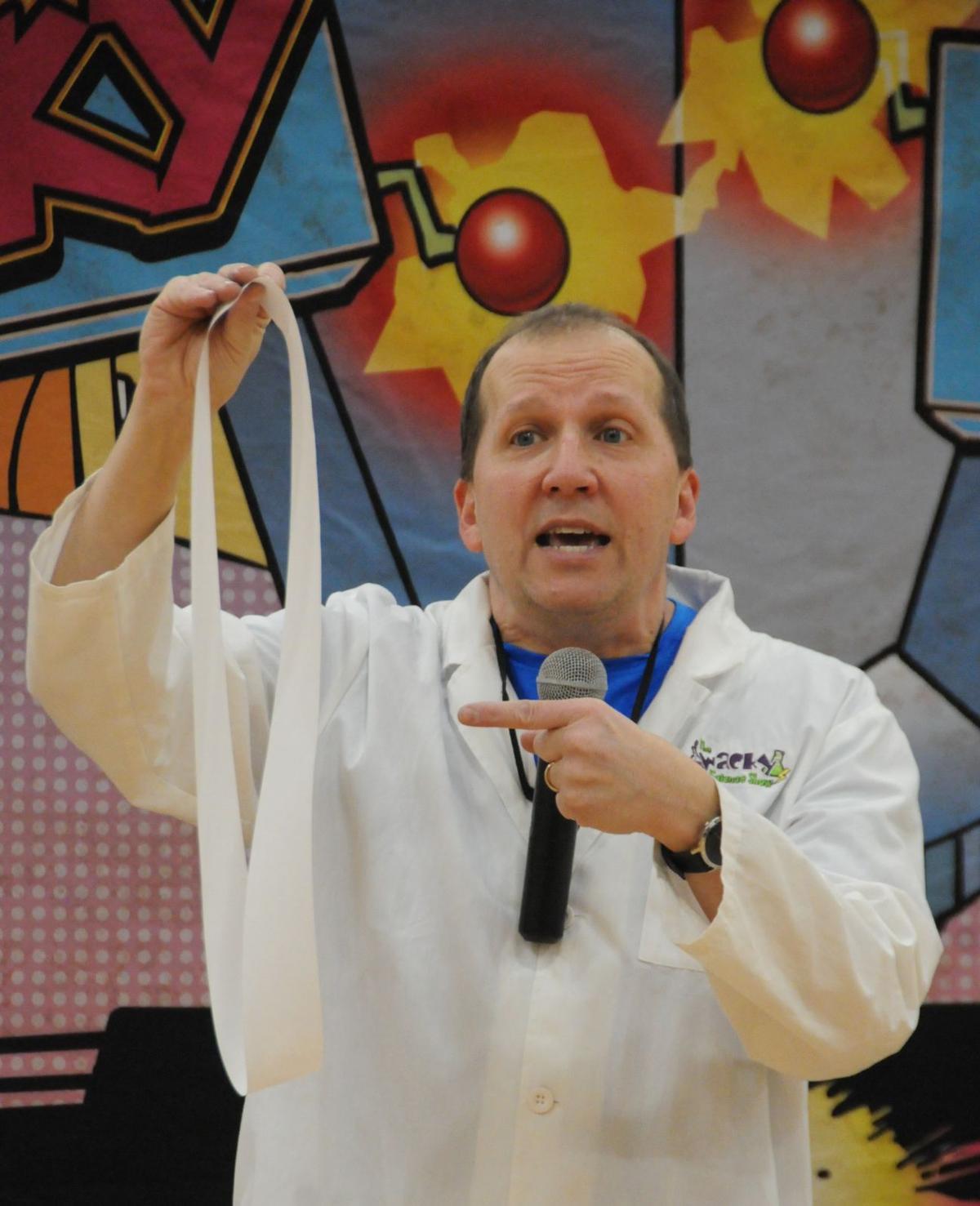 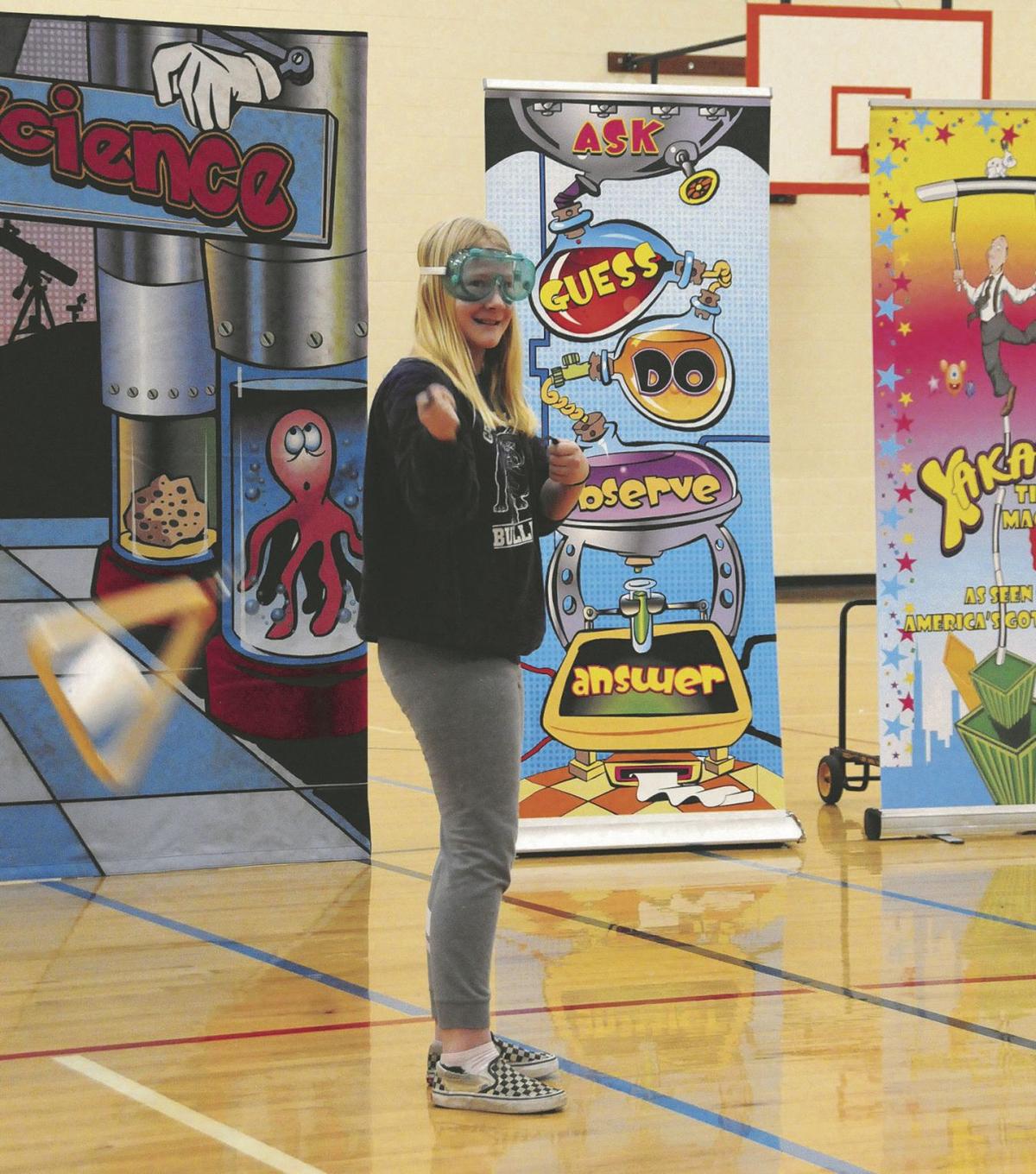 The Seattle magician and performer appeared on America’s Got Talent in 2015, making it through to Hollywood, where he performed the trick of sawing model judge Heidi Klum in half.

“It’s OK, it was just a trick!” he told GEMS students.

Xakary wasn’t about the magic in Grangeville: he was all about the science.

“It may seem like magic, but everything I do here today can be explained by science,” he said.

Xakary interacted with the student body, asking for their responses and using them in his demonstrations.

“Who knows, what are the states of matter?” he asked in the kindergarten through fifth grade assembly.

“That’s good, I’ve gotta write that down,” he laughed. “But I’m looking for solid, liquid, gas and plasma.”

He performed experiments using basking soda, vinegar, water and a balloon to show how chemical reactions take place, and also created a vortex using a plastic container and smoke.

“And here’s the most dangerous part of the whole show,” he said as the kids cheered.

Xakary took a wooden triangle attached to a strap, placed a cup of water on the ledge of the triangle and swung it around throughout the gym. He then invited student Avery Brown to do the same.

“Now, remember, what happens if you go too slow, or you go sideways, or you bump against yourself?” he asked her.

Brown successfully swung the cup on the triangle before it finally fell to the floor.

Xakary explained the experiment looked magical, but was actually an example of centripetal and centrifugal force.

The Wacky Science assemblies (one was performed for sixth through eighth graders, as well) were sponsored by the Grangeville PTO.