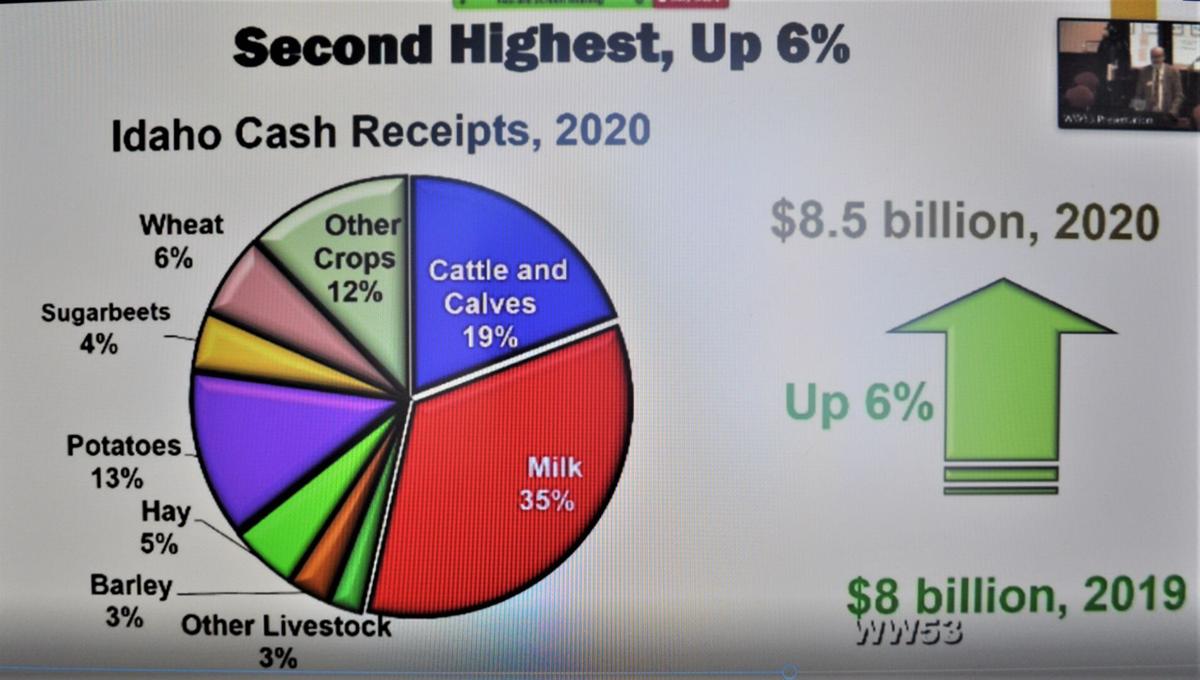 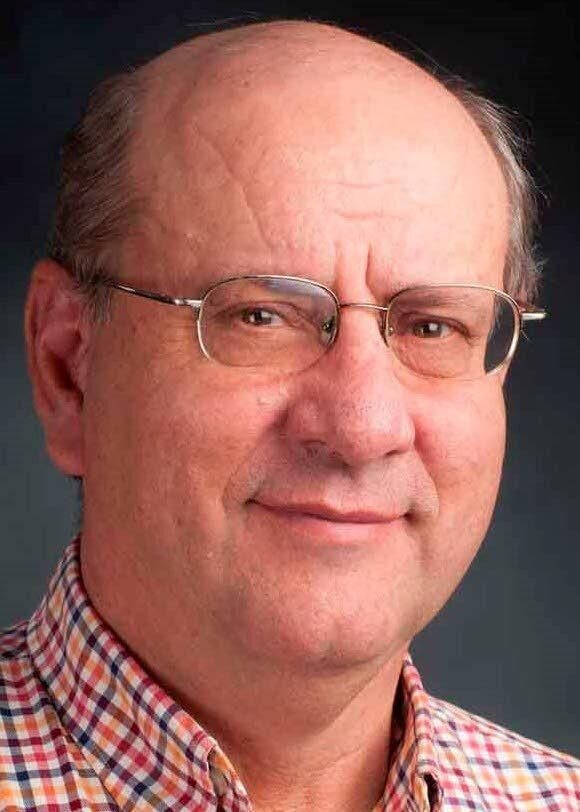 BOISE — “Agriculture in the state of Idaho is not dead or dying. It’s not going away. It’s an engine for growth,” said Dr. R. Garth Taylor. One case in point, despite the economic upheaval during the 2020 COVID year, the Idaho agriculture industry well more than thrived.

“We were up 6 percent in gross and net farm income,” Taylor said. Idaho agriculture cash receipts were the state’s highest at $8.6 billion in 2020, with its second highest year, 2019, at $8 billion.

Dr. Taylor is an economist, extension specialist, and associate professor of agriculture and rural sociology at the University of Idaho. He spoke earlier this winter, Feb. 2, to the Senate Agricultural Affairs Committee to, as he put it, “give the 50,000-foot view of Idaho agriculture, and how it fits in with the state’s economy.”

“Net farm income broke the all-time record, and in a COVID year,” he said, “up 38 percent over the previous year; that’s $3.6 billion, an all-time record high. We’re growing, and the bottom line is, we’re growing agricultural income.

Part of that net farm income was in government payments that were up 300 percent in 2020. In COVID payments alone, close to $500 million was paid to agriculture in the state, according to Taylor.

However, he clarified, “Idaho doesn’t farm the government. This is a very small percentage of Idaho’s farm income until this year, and even then, just 18 percent of farm income. But in previous years, that’s in single digits.”

“We would have broken records without the farm income payments; that’s the big news for Idaho, and the big thing I’ve been telling the reporters,” Taylor continued. “We do just fine. We’re breaking records without these payments. We’ll take the money, but we don’t need it.”

While a small economy in a state the size of Rhode Island, “remarkably we’re the fifth largest agriculture state in the nation,” Taylor said, based on the percent of GDP (gross domestic product) as a percent of total GDP.

For Idaho, more than a quarter of the products it exports are agriculture products; the largest is semiconductors and industrial (53.2 percent) and next, food and agriculture (26.1 percent). The growth in agriculture, Taylor explained, will not come from domestic, but international export, “so, when we watch the health of agriculture in Idaho and the U.S., we have to watch the export market, and this year it was almost a record.”

“Where are our exports going? Largely to our NAFTA [North American Free Trade Agreement] partners, Mexico and Canada,” he said. “The U.S., as a whole, our largest export partner is China, but not in Idaho where it’s Canada and Mexico.... And what do we sell? The big things we’ve got in Idaho: spuds and meat, and a little bit of beef.”

“Idaho in cash receipts grew 80 percent, not per year, but total since 1997. The U.S. [during this same time frame] grew a mere 10 percent; that’s all they’ve grown,” Taylor said. “So, where’s the big motivator, why 80 percent more? Look at it, it’s milk. It’s grown 240 percent since 1997. That’s the thing growing the growth of cash receipts in the state of Idaho.”

Noting the net farm income data, Taylor said the U.S. since 1997 has grown 32 percent and Idaho at 187 percent — more than six times the national growth.

With the state, just the agriculture economy has grown 210 percent since 1997, while Idaho overall has grown 100 percent.

“Idaho is on a different track for agriculture, and it’s largely driven by that dairy and livestock competition we have in the state,” he said.

That track differs not just from the U.S. overall, but Taylor noted this is also different with its Northwest neighbors, Oregon and Washington.

Taylor noted both these states focus on small acreage crops, such as hazelnuts and blueberries in Oregon, and apples and cherries in Washington. Idaho has a different composition in its emphasis on the dairy industry and its promotion of big crops. As well, Taylor noted news coverage from these regions show a domestic anti-agriculture sentiment.

“They are just not promoting agriculture in their states,” he said. “You can’t do that and have the growth like we’ve had.”

“Pat yourself on the back for this,” Taylor said. “The one thing the state legislature has said is we’re going to be pro-agriculture, and not pro these little, tiny small-scale farms that don’t grow GDP. We’re growing agriculture as an industry, and as a contribution to the state of Idaho.”