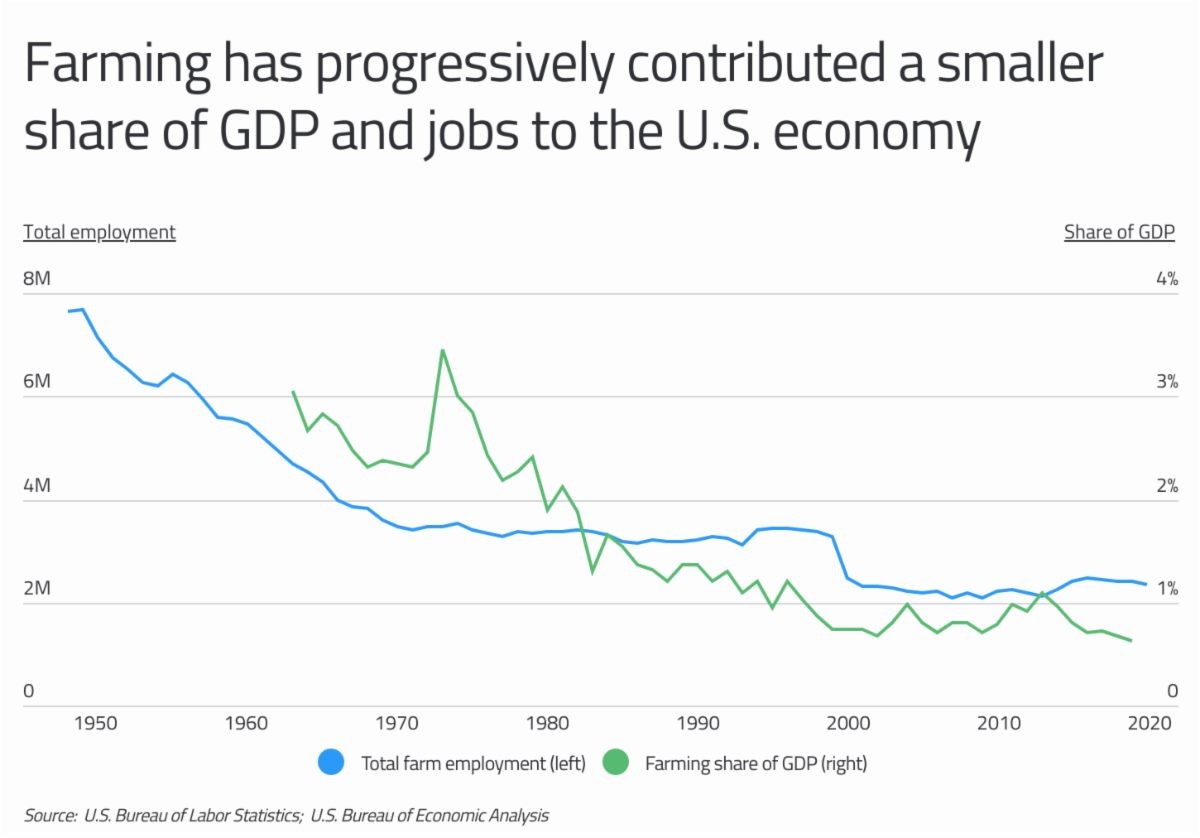 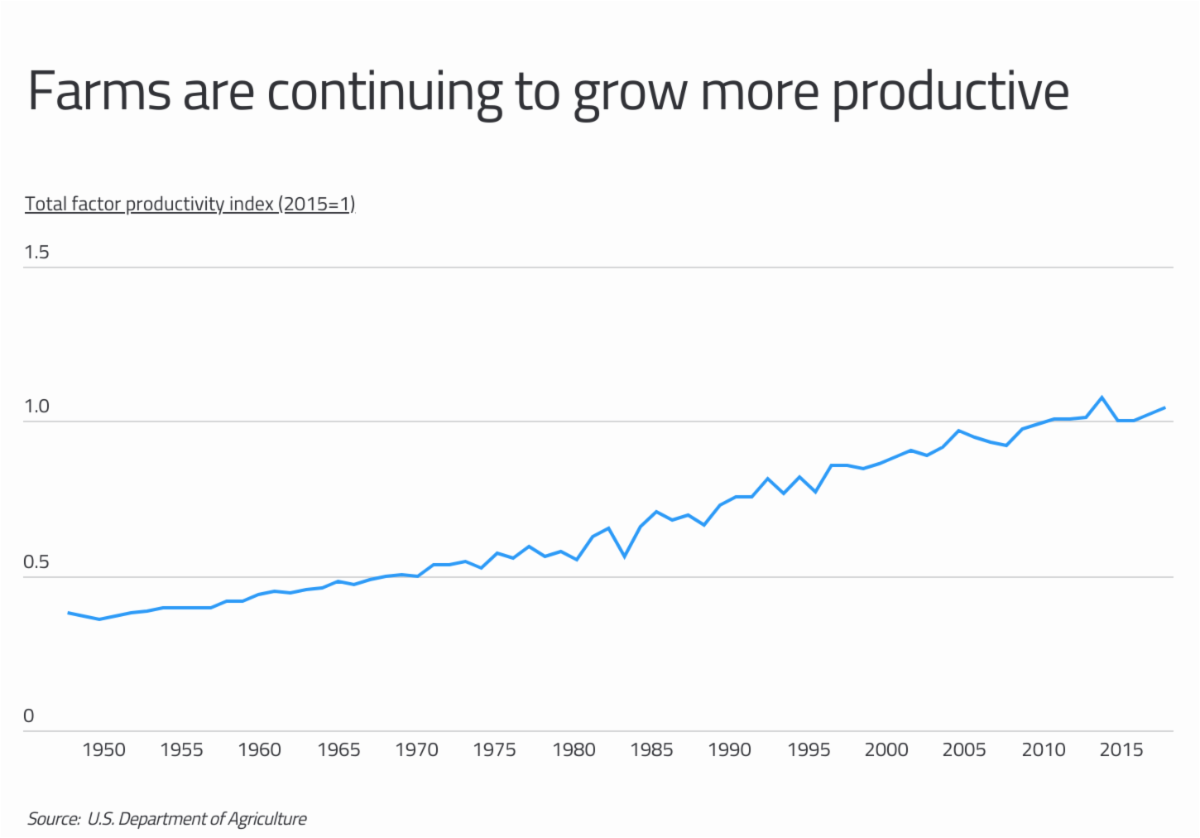 The past few years have been challenging ones for the agriculture industry. The threat of global climate change has continued to produce warmer temperatures and more extreme weather events that threaten crops and livestock, and this summer, the U.S. is currently experiencing serious drought in some of its key agricultural regions in California, the upper Midwest, and the Southeast. Trade policies under the Trump Administration reduced agricultural exports and incomes while raising costs on imports of key equipment and supplies. The COVID-19 pandemic brought additional uncertainty to commodity markets and has continued to disrupt the supply chains that farmers rely on to sell their products.

These recent difficulties have made it harder than ever to prosper as a farmer, particularly on smaller-scale farms. But long-term trends suggest that agriculture’s role in the economy has been shifting for much longer. What has historically been one of America’s most important industries now has a starkly diminished role in terms of job creation and GDP.

Farm employment has steadily decreased in the postwar era — as far back as the BEA’s (U.S. Bureau of Economic Analysis) data goes — but really for more than a century. As more of America moved out of rural areas and into denser, more economically varied communities following the Industrial Revolution and the growth of manufacturing and other industries, fewer people remained working on farms. This trend has continued in the modern era even more rapidly as agricultural processes have become more efficient and economic opportunities in other sectors have grown.

Agricultural activities have also dropped as a share of GDP in recent decades. After reaching nearly 3.5 percent of GDP in the early 1970s, farming today represents 0.63 percent of the economy. One of the reasons for this decline is that farming’s economic value has simply been outstripped by growth in other sectors.

But the downward trends in agriculture as an employer and economic engine in the U.S. should not be taken as signs that the industry is going away. By the measure of total factor productivity — essentially a ratio of agricultural inputs like land, labor, capital, and materials to outputs of crops and livestock — farms today are far more productive than they have ever been, part of a long-running trend dating back to at least the late 1940s.

One of the main factors behind this growth in productivity has been technological innovation in the agricultural sector. Improved seeds and fertilizers, pesticides and other crop protection techniques, and more efficient tools for harvesting and processing agricultural products have all contributed to increased yields and productivity. Farms have also increasingly shifted toward monoculture, producing fewer types of crops or livestock, to achieve economies of scale.

While these shifts over time have moved the U.S. away from a heritage of small, independent farmers, agriculture remains big business and a leading industry in many states. Many of the U.S.’s rural states around the Great Plains region remain highly reliant on agriculture, as their abundant land, good soil, and climate provide favorable conditions for raising crops and livestock.

To identify the states most dependent on agriculture, researchers at Commodity.com used data from the BEA to calculate the percentage of total state GDP accounted for by farms in each state. Farms include establishments engaged in crop and animal production mainly for food and fiber. Researchers also calculated the farm industry’s share of total employment, and reported that data alongside the total GDP from farming and total farm employment in each state.

Here is a summary of the data for Idaho: