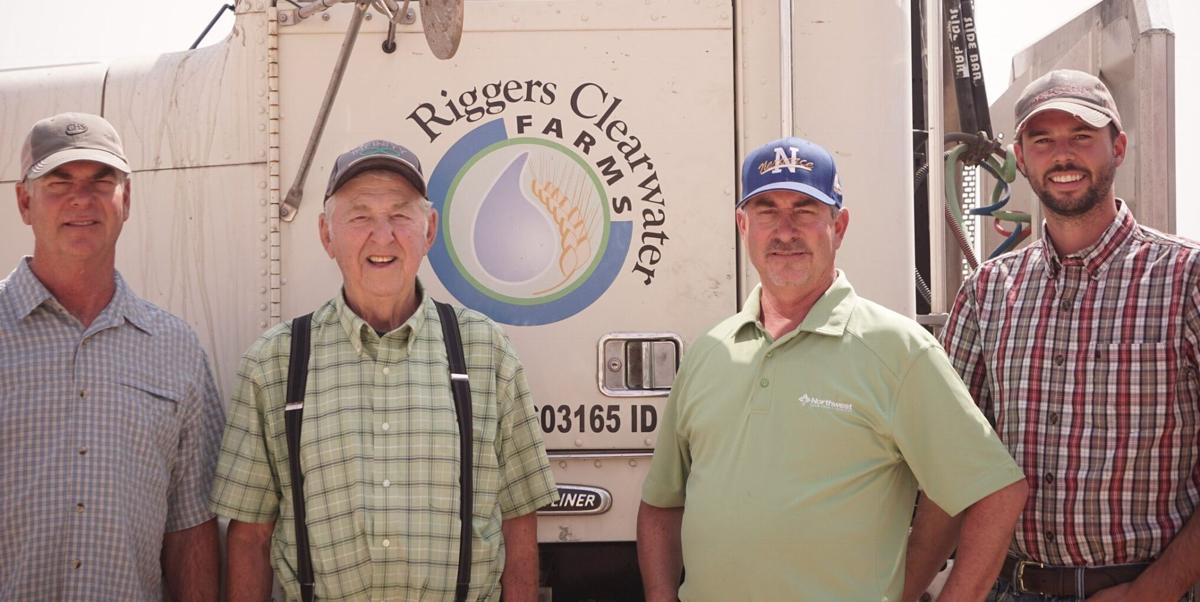 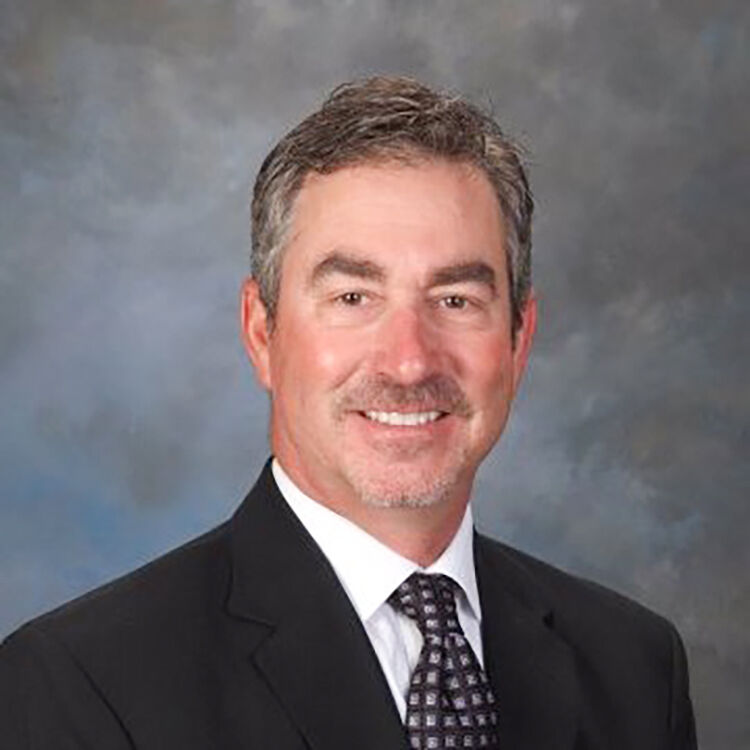 NEZPERCE — The Riggers family has been farming the Camas Prairie west of Nezperce for more than a century. Nate Riggers traces his agricultural roots back to five years before Idaho became a state. This vocation has endured and grown through the decades to continue on with not only himself — who has been farming for 30 years — but also his son.

“My great grandfather homesteaded here in 1895,” Riggers said, which was carried on by his grandfather and uncles, and his dad. “Clearwater Farms was started by my brother, Steve, and I as a partnership in 1991, when our father Stan retired. And in 2019, my oldest son, Christopher, joined the operation and my brother retired.”

Clearwater Farms is your standard prairie operation, growing Kentucky bluegrass, wheat, barley, canola and chickpeas. Their consistent crops are with winter wheat and turf grass, with the barley, canola, peas and spring wheat acreages changing year to year depending on prices and weather.

For Riggers and his son to be farming together, it’s a family transition situation growing more uncommon. According to the U.S. Small Business Administration (SBA), transitions of existing businesses to family members succeed only 30 percent of the time, compared to 70 percent for transitions to people outside the family. Third-generation success rates are even less at about 15 percent. According to the SBA, since 1974, younger people have owned less and less farmland and fewer small businesses.

For the Riggers, the relational side of farming is far from a chore, and, in fact, it is providing energy and fresh perspective.

“It’s fun farming with your son,” he said. “It’s the level of enthusiasm and energy and focus that young people bring.”

“You don’t notice it,” he continued, “but that wanes year after year as you get deeper in your career. You have focus, but not as much energy as you did 30 years ago, and every business needs that infusion of youth regularly to bring that level of enthusiasm and energy, some new thinking and challenging the status quo that you get when you’ve been doing it for 30 years. It’s a healthy kind of challenge.”

Speaking of challenges, this year was one within agriculture — not just regionally, but nationally and internationally. Riggers commented on the common issues producers faced within the area.

“Like everyone else, it was the worst crop, in my 30 years, that I’ve ever harvested, because of the hot, dry summer,” he said. Low yields around 45 bushels for winter wheat and 30 to 40 for spring grain. On average, for example, farmers see around 90 bushels for winter wheat, and last year it was more than 100 bushels. “So, it was less than half, at best of normal, and a third of last year, which was way above normal.”

“Mother Nature didn’t spare anyone,” he continued. However, what mitigated this was the drought and heat wave that impacted the northern plains and Canada, which caused a rally in prices, he said. This was coupled with a severe drought last winter in Brazil, which resulted in the global prices of grain skyrocketing. Crop insurance also helped mitigate losses, as well.

So, with all this, “Camas Prairie farmers will be able to weather this year better than in some other past drought years,” Riggers said. “We’ve had droughts before, but this is the worst I’ve ever experienced.”

Adding to Riggers’ responsibilities, in May he was elected as chair to the Northwest Farm Credit Services (NFCS) board of directors. NFCS is a $14 billion financial cooperative providing financing and related services to farmers, ranchers, agribusinesses, commercial fishing operations, timber producers, rural homeowners and crop insurance customers in Idaho, Montana, Oregon, Washington and Alaska. According to Riggers, the board’s main job is to monitor financial performance for the association, evaluate and set compensation for the CEO, and help formulate and monitor business plans and strategies. This is his eighth year on the board, and this new position is a step up in duties.

“It’s challenging,” he said. “It’s a significant time commitment,” as communications are funneled through him, and it demands more organization time to address and balance the demands and processes. On oversight, he clarified the board monitors the operation and ensures that management is meeting the mission of the company;however, it does not get involved in the day-to-day operations or individual credit decisions.

“We get to meet lots of interesting people, see insights into other sectors of agriculture in the Northwest,” he said, “like the tree fruit industry, potato, dairy; things I wouldn’t normally be exposed to. And I work with a great board of directors; very interesting, great people, and our management team makes this a pretty easy job.”

NFCS employs more than 600 people and is headquartered in Spokane. They are one of the reasons the company is so successful, he said.

“In our branch offices, many of the employees and staff grew up on farms or ranches in the Northwest, and they are passionate, and they understand agriculture,” he said. “They’ve been through droughts, seen low prices, have seen the challenges farmers and ranchers have. They understand this industry.”

Another reason for NFCS success is, “it’s a cooperative,” Riggers said. “We take a portion of the profits and return them to each stockholder in the form of a dividend.

“So,” he continued, “when the association does well, cooperative stockholders do well in getting strong dividends.”

Looking to the future of agriculture, “I gave up trying to answer that. I’ve been wrong so many times,” he smiled. However, he sees a lot of change in the future for agriculture, partly made possible by venture capital bringing new technologies and products, and the benefits in autonomous vehicles (tractors), but largely due to the investment in genetics.

“It’s not GMO [genetically modified organism]. It’s just good breeding programs,” he clarified, on improvements in wheat and barley, that are driving improvements in yields. As well, these products are making it faster into the fields than in the past. “We used to grow a variety for 10 to 20 years before it became obsolete, and something better came along. Now, we’re seeing varieties that obsolete in three to five years, and we quit growing it because there’s a better one.”

Overall, the genetic potential of these continued introductions of new varieties is providing higher yields seen in production of more heads, more kernels per head, and more weight per kernel. And you don’t even need great weather to see the improvements, he said.

“We had some winter canola this year that was close to average,” he said. “So, that tells you how good the genetics are. With the stress we had this year, 3,900 pounds an acre seems like a miracle.”

“It’s really neat to be a farmer these days,” Riggers said, “with this much improvement to look forward to.”