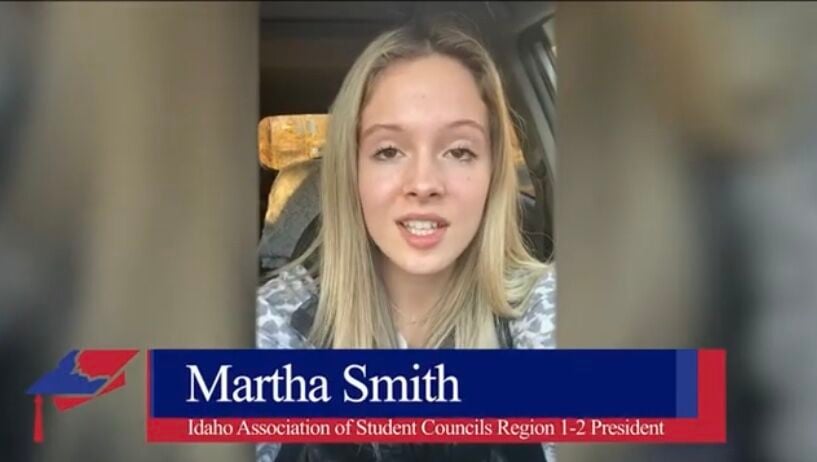 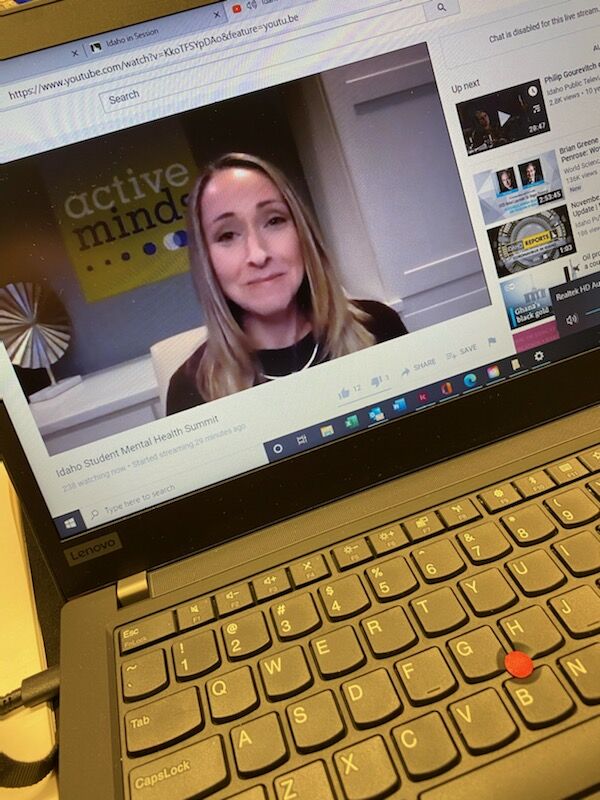 BOISE —“I believe there is a generational divide,” when it comes to discussing mental health, said Clearwater Valley High School senior Martha Smith of Lowell. “My generation is far more open to talk about and acknowledge feelings.”

Smith was one of a handful of Idaho students to participate in a video and Zoom summit on student mental health Tuesday, Dec. 8. The program was presented by the Idaho State Board of Education (ISBE) in cooperation with Idaho PBS and Active Minds, a national nonprofit organization supporting student mental health awareness and education.

“Isolation, loneliness, sense of loss and depression motivations are especially prevalent during a time of pandemic,” but are always there, said ISBE president Debbie Critchfield “Mental health awareness is fundamental to the health and success of our students.”

“I appreciate the help of our stakeholders in education as how to address early intervention and provide training and resources,” said Governor Brad Little, who was in attendance for the presentation. “I hope and pray for wisdom as we go forward.”

Malmon shared the story of her brother, Brian, who took his own life 17 years ago when she was a freshman in college.

Her brother, four years older than she, was a standout student at Columbia University who, the family later found out, had been dealing with inner demons since his freshman year. He was eventually diagnosed with schizoaffective disorder — a mixture of schizophrenia and depression.

Malmon said most mental illnesses manifest between the ages of 15 and 25, and yet, resources for youth have been “extremely minimal,” including the lack of education in middle and high school health classes. She started Active Minds after her brother’s death and the organization has chapters in more than 800 schools across the nation.

Malmon emphasized that mental health should not only be discussed in times of crisis or tragedy.

“We need to have everyday conversations that include mental health checks, just like we discuss anything else in our lives,” she stated. “Only then will we drop the stigmas and change the culture.”

She encouraged everyone to acknowledge the feelings of others, no matter what they are, and not to “expect everyone to pull themselves up by their bootstraps and carry on.”

“I do feel my generation is bridging the gap and opening up conversations as we turn to each other and speak up,” Smith added.

“We need to normalize the struggles,” she continued. “Every successful person is dealing with something.”

A panel of Idaho experts agreed with Malmon, who stated, “We cannot rely on the clinical system – it’s overburdened. We have to take care of each other.”

Conversation was the key theme throughout the presentation: sharing stories of both struggles and successes, as well as coping mechanisms.

“And remember, there is no one ‘look’ to a person who needs help or is struggling or needs to talk,” she said. “My brother didn’t ‘look’ like a person with a mental illness. We have to embrace everyone and keep the conversations flowing daily.”

∙In 2017, Idaho had the fifth highest suicide rate in the nation