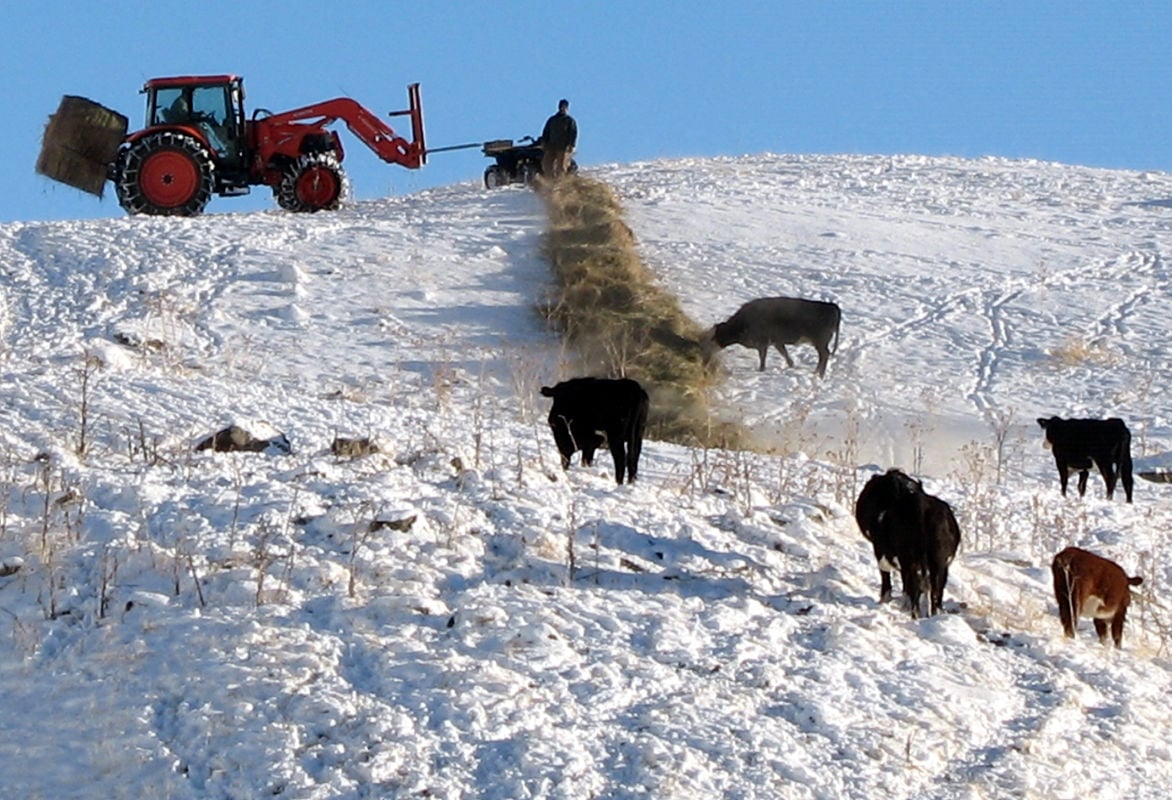 Garrett Neal rolling out a hay bale, and Melvin Gill driving tractor on the Gill Ranch, located on Cow Creek. 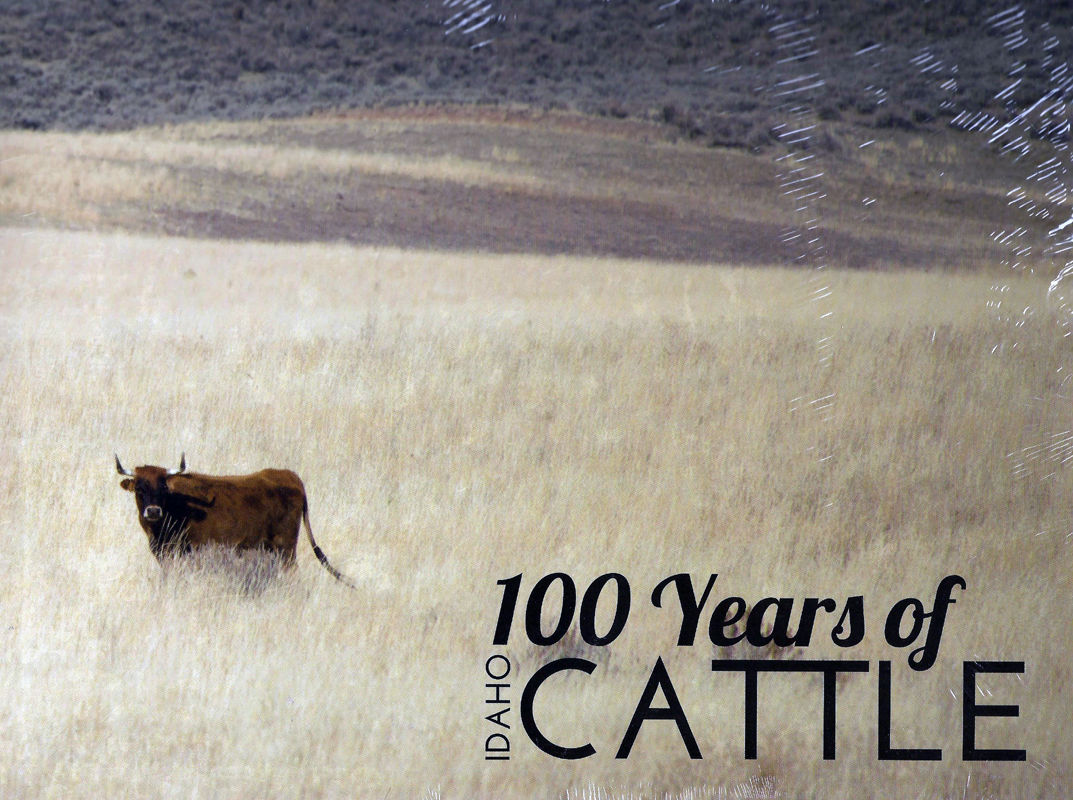 Garrett Neal rolling out a hay bale, and Melvin Gill driving tractor on the Gill Ranch, located on Cow Creek.

“100 Years of Idaho Cattle” was recently unveiled at the Idaho Cattle Association convention. This two-year project covers 100 years of cattle history along with featuring several ranching families throughout our great state.

My family was honored to be a part of this historical book. Following is what was published with a few minor edits.

Joseph and Amanda Gill brought their family west from Boone County, Ind., in 1878. A rigorous journey of wagon travel by way of the Oregon Trail and Snake River through Oregon and Washington led them to Lewiston on Christmas Day, the year after the historical Nez Perce Indian War. Accepting 160 acres through the Timber Culture Act, the Gills homesteaded Gill Point, west of Grangeville. This homestead still belongs to family members. The Gill family may hold the record for the longest continuous residence in the largest county in the state, Idaho County.

Clark Gill, a son of Joseph and Amanda, first traveled down on the Salmon River to ranch in 1903. Clark and Dollie’s only child, a son, George, continued ranching in the Lucile area. In 1948, George and his wife, Opal, purchased the Gill Ranch base property. Their youngest son, Melvin, along with his wife, Midge, largely expanded this operation after Melvin’s folks passed on. Here, Melvin and Midge raised son, Marty, and daughter, Shelley, who both continue to be heavily involved in the Gill Ranch today.

Shelley, along with husband, Garrett, holds a business management and ranch management degree, respectively. They handle the daily ranching duties, living just above the home place. Marty, an animal nutritionist for Agri-Beef/PerforMix Nutrition Systems, is a great asset on the supplement rations, genetics, and cattle marketing end of the operation.

Currently the Gill Ranch is a commercial cow/calf operation consisting of more than 4,000 deeded acres running approximately 600 head of quality Hereford and black-baldy cross cattle. Gill Ranch property borders Nez Perce National Forest. Since the creation of the Forest Service, Gills have held part of the Cow Creek Grazing Allotment, and are the largest Nez Perce National Forest grazing permittee, allotted 568 head, turning out June 1 and coming off Dec. 1. This 29,185-acre allotment lies in the rugged canyon country between the Salmon and Snake rivers with a third of this allotment lying in the controversial Hells Canyon Wilderness and National Recreation Area. The Gill Ranch also holds a small BLM (Bureau of Land Management) permit as well as a State Land Lease.

This entire operation consists of steep and mountainous terrain ranging in elevation from 1,700’ to 7,200’ and containing several diverse ecosystems. It has always been important to the Gill family to manage these ecosystems in a healthy and productive manner. As a result of this eco-friendly management, the Gills’ good ranching practices earned them the Idaho and Lewis County Cattle Family of the Year award in 2012.

The Gills continue the age-old tradition of identifying their cattle with hot irons, using three recorded family brands: M Cross, dating back to the 1890’s, TL recorded in 1937, and the Diamond Hanging T which Melvin acquired in 1960.

Over the years, the Gills have adapted to higher technologies (i.e. synchronization, artificial insemination, ultrasound pregnancy, carcass evaluation), and owners are BQA (Beef Quality Assurance) certified. Calving season begins in February on the Gill Ranch. Feeding time starts December or January depending on the weather. The Gills purchase all their hay.

Proudly, the fourth generation of Gill ranchers are still ranching on Cow Creek, continuing the family legacy of running cattle in an area some deem “too steep to graze”!

Note: These books are available at the Idaho Cattle Association office, 343-1615.

Shelley Neal is a resident of Lucile, garrett.neal@verizon.net