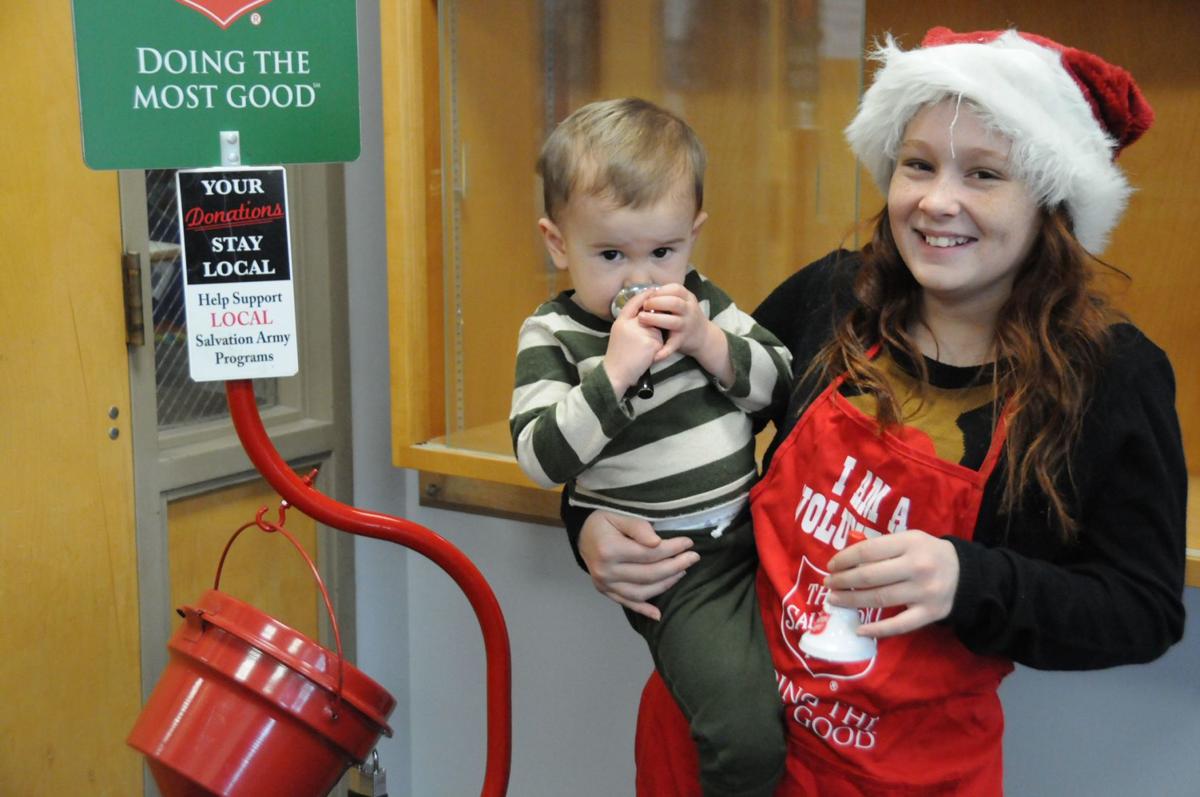 Members of the Beeson family were in full force Saturday, Dec. 7, at the craft fair at Grangeville Elementary Middle School. Mom Brady has been organizing the ringing of the Salvation Army bell and its Red Kettle Drive locally. “I have a big shoutout to the crew at Wells Fargo who rang their hearts out last year and collected the most donations for our little community,” Beeson said. Anyone – organization, individual, church, school group, etc. – who would like to ring the bell as a way to give back to the community is invited to call or text Beeson for details: 208-983-1926. Money collected goes for local needs. 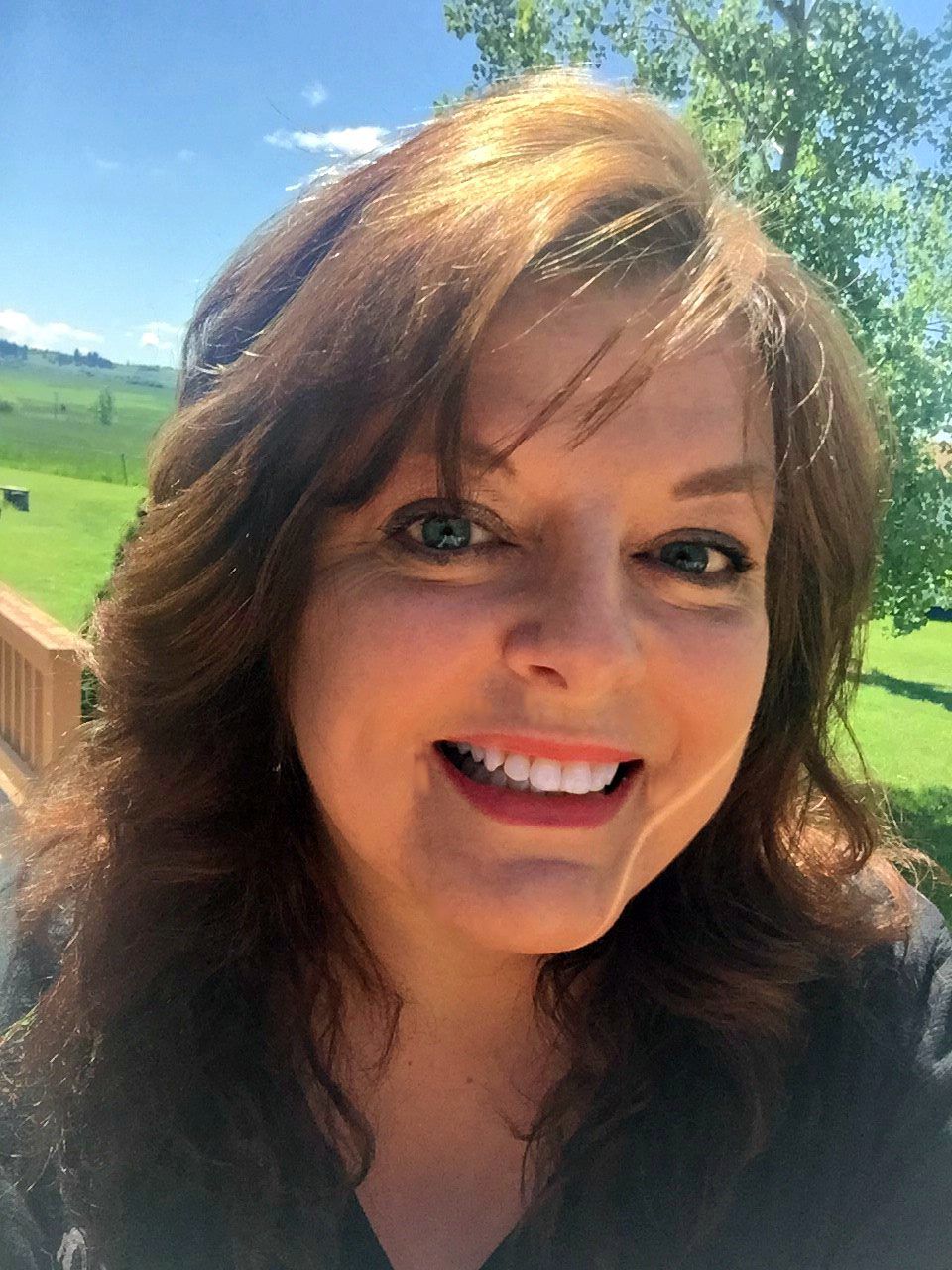 Remember to shop local for as many of your Christmas needs as possible. This really makes a difference to our local businesses and their families. This past week, I found great, warm wool socks at Larson’s for my bonus daughter in Vermont who needs to bundle up as she is teaching our little granddaughter to ski. I also got my girls some earrings made by Jemmye Green and some retro lip-gloss from Grangeville Flower and Gift Shop. I popped into Irwin and Family Dollar, too. I did miss my weekly stop-in at the thrift stores, but maybe this weekend!

It’s all about words and phrases this week.

Trying to understand Gen Z slang sometimes feels like a full-time job. Every time you think you finally know what the younger generation is saying, they add more made-up words to their vocabulary.

At EduBirdie, they took on the challenge of surveying people of Gen Z to discover what exactly they are saying. Interested in learning more? See the top 25 at https://edubirdie.com/blog/slang-of-gen-z?.

Here are some examples of popular slang terms from the list: Salty – meaning to be upset or mad; green – meaning something is lame; extra – meaning over the top or dramatic.

Did you know "heavy metal" was once used exclusively by the military to indicate something that was heavily fortified by tanks and guns. In 1968, a journalist for Cream magazine used this expression to describe a performance of the band MC5 from Detroit. Soon the same magazine was using the term for many other bands of that era, and it caught on in the broader community. (Source: The Old Farmer’s Almanac, 2019).

According to a September MSN article, Meriam Webster recently updated its definition of “they” as a way to refer to a nonbinary individual. More than 500 words and terms were added to the dictionary, including fabulosity, vacay and dad joke.

Here’s a word for you (it’s Japanese): Tsundoku: The act of acquiring books and not reading them. Are you guilty of this?

Don’t forget: The Elks Lodge will be host to a New Year’s Eve Masquerade Ball Tuesday, Dec. 31, 6 p.m., at the Grangeville Elks Lodge. Tickets are $30 per person. Vintage Youth will provide music for dancing and Superior Events will do the catering. This is a semiformal to formal event and masks are required. Tickets at the door will be $40. Proceeds will go to support the Elks community programs. This sounds like a fun event – get your tickets now!

Innovet Pet recently conducted a study of 2,500 pet owners and it appears pets are on Santa Claus’s nice list this year because it was found that 1 in 3 pet owners in Idaho (33 percent) will be spending more on their pet than their partner this Christmas!

In addition, the survey revealed more than one-third (37 percent) of Idaho pet owners admit to having dressed their pets in Christmas themed clothing at some point. Moreover, more than a quarter (29 percent) admit signing Christmas cards with their furry friend’s name! Finally, 1 in 10 have even bought their pet their very own advent calendars to spread the Christmas cheer.

Again, there’s a lot going on this week! Check out the “Holiday Happenings”. Don’t be bored, find an activity!

I told my husband I was not putting up a Christmas tree this year. It seems like a lot of work during a very busy season, especially since the girls will only be home 3 or 4 days. However, he used a little psychology on me. He put up a tree, all by himself (when does this happen?) and “decorated” it with a mini flashlight from Lenora Akin’s cabinet shop hanged at the top. And left it at that. Two days later, I couldn’t stand it, and, after church and the Tree of Lights ceremony on Sunday, I decorated it for real. Happy decorating to you.

Editorial: Consider where you buy: Spend local for Christmas

If it sounds like we’re harping every year to “shop local,” it’s because we are. That’s because we know what it’s like to be a small business …