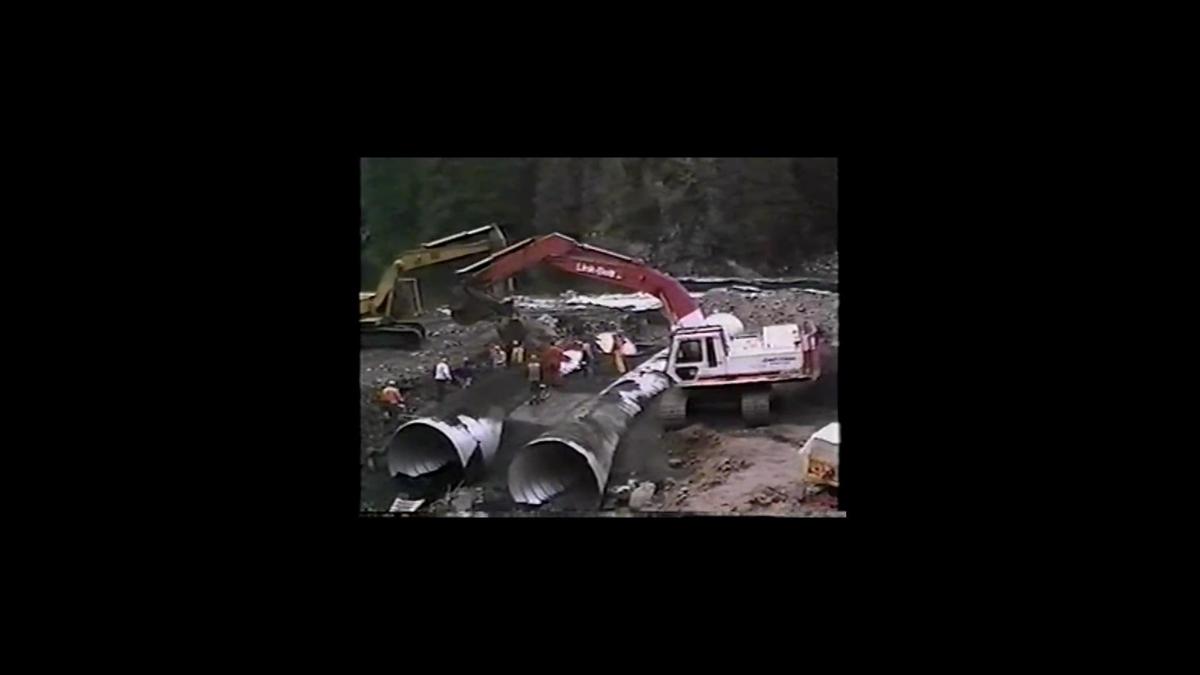 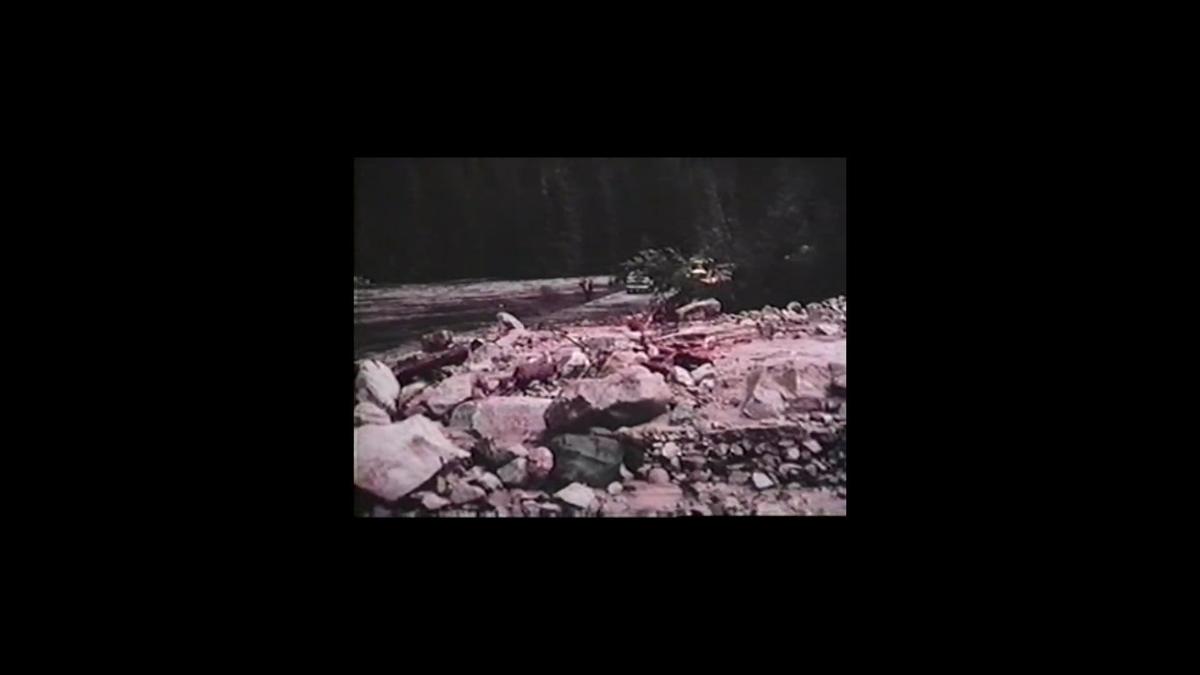 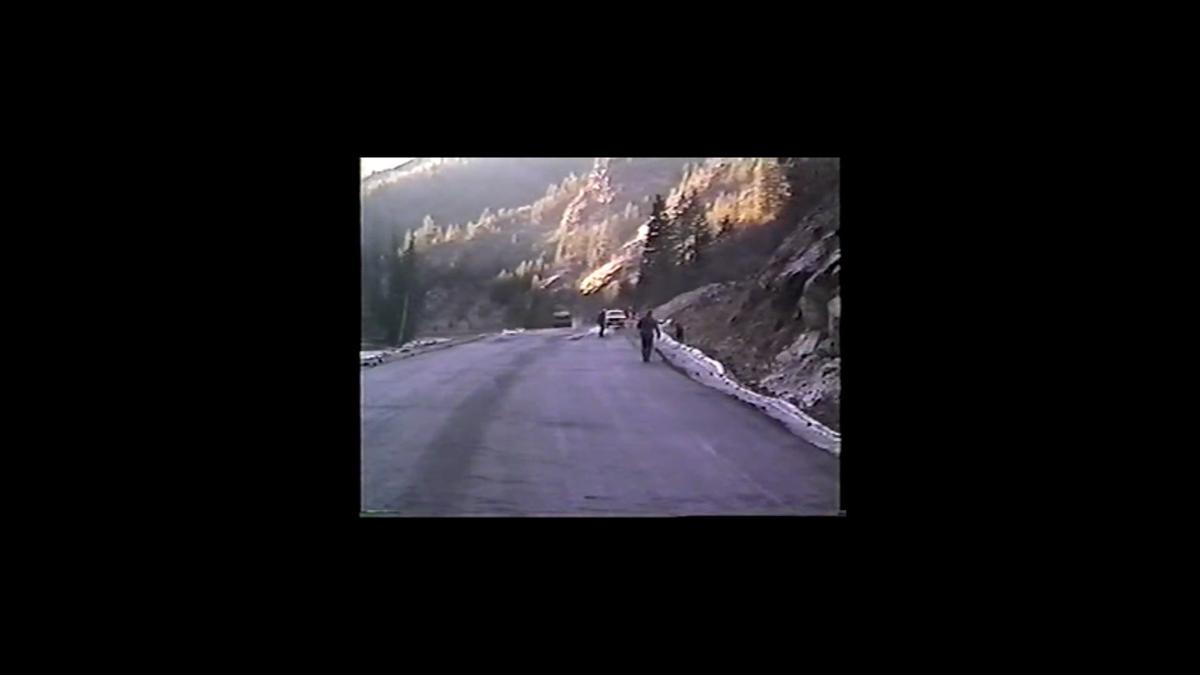 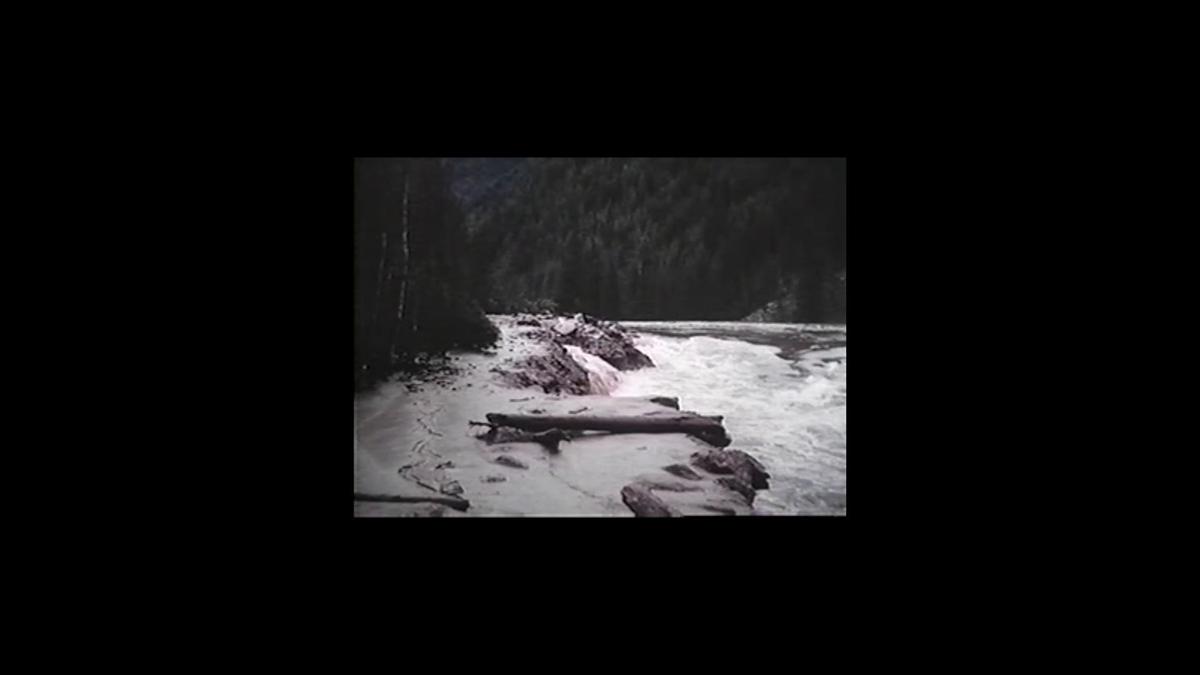 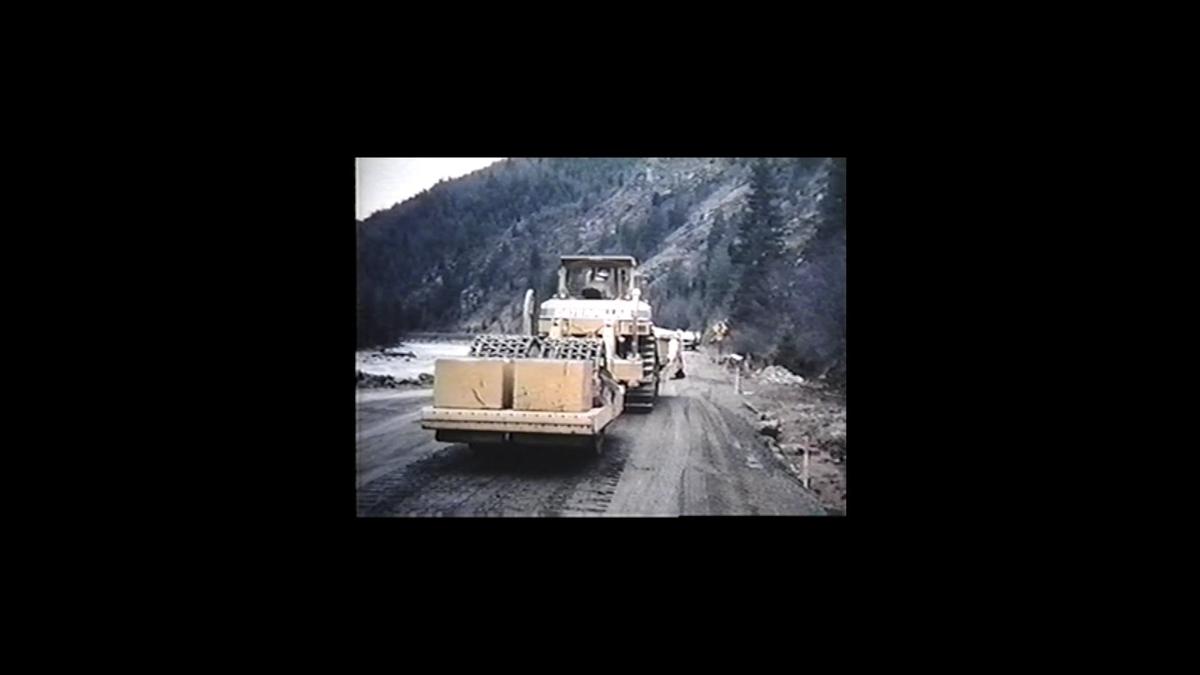 When 400,000 tons of mud, rock, trees and other debris obliterated 1,200 feet of highway on Nov. 20, 1995, it created “the biggest slide of my career,” said Mark Schuster, maintenance foreman for U.S. Highway 12 for the last three decades. “When I got the call from Kati, I’ll admit I doubted her.”

Just weeks on the job, Kati Young was new to Schuster’s team, and the one who made the call that Noseeum Creek had overtaken the highway at milepost 124.6.

Heavy rains had kept the crew busy tending to little slides all week, and Young was listening to Schuster on her way home as he shared the forecast over the radio. She had slowed down to finish listening before she lost service, and ultimately, that’s what kept her out of the path of the creek washout just around the corner.

“I saw the trees coming down and water on the road,” Young said. “As water reached my tires, I backed up my one–ton pickup. I did this for half a mile. It was like a fast tide coming in.”

Trees were strewn about like matchsticks, and boulders the size of Volkswagen Beetles had been pushed across the Lochsa River as Noseeum Creek crashed into the narrow channel, Young said.

When Schuster joined her, they realized that the road would have to be closed for the night—around the next bend, a section of U.S. 12 had been completely taken out by the creek, which was estimated to be a 30-foot wall of water and mud at the time it collided with the river.

Rocks, trees, mud and other debris carried downstream by the creek created a dam, choking the river below and causing the tide-like effect above stream. Now divided by tons of material and missing a section of road, Schuster warned his crew downstream to seek high ground and assess the situation from Fish Creek Hill.

Given the late hour, the Idaho Transportation Department didn’t get a good look at it until the next morning. The detour—a nine-hour trip to Interstate 90, US-95 and then U.S. 12—was put in place to get over the Bitterroot Mountains, and the department knew it would be closed for weeks until the mess could be cleaned up and the road rebuilt.

Those who were able to drive home enjoyed the Thanksgiving holiday with families, and those caught on the wrong side of the closure enjoyed it with each other.

After the holiday, multiple ITD crews began working with excavators, track hoes, dozers and dump trucks to clear debris, while engineers prepared to realign the road and put the emergency project out to bid to area contractors.

They removed an estimated 20,000 cubic yards in the first 19 days, but the 13-foot culvert for Noseeum Creek was never recovered.

“The river took care of itself,” Schuster said.

But after that, the river wasn’t the same—it was now eight feet higher than before, requiring surveyors and engineers to draw plans for drilling and blasting to realign the road.

Forty-seven dump trucks would eventually carry 3,000 tons of rock from Lewiston to lay the base for 1,200 feet of highway that would be reconstructed. Emergency efforts and permanent repairs totaled $660,000.

Twenty-five days after the flood, U.S. 12 reopened. It was Dec. 23, a few days before holiday travelers would be looking to cross Lolo Pass to return home.

The gift to the highway department: reuniting families and a shorter commute home.