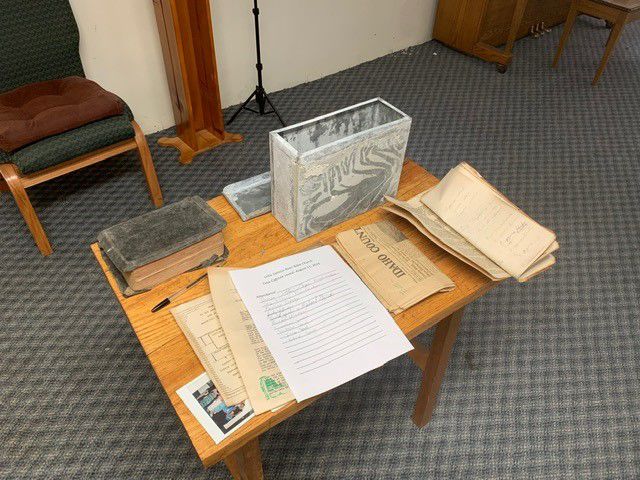 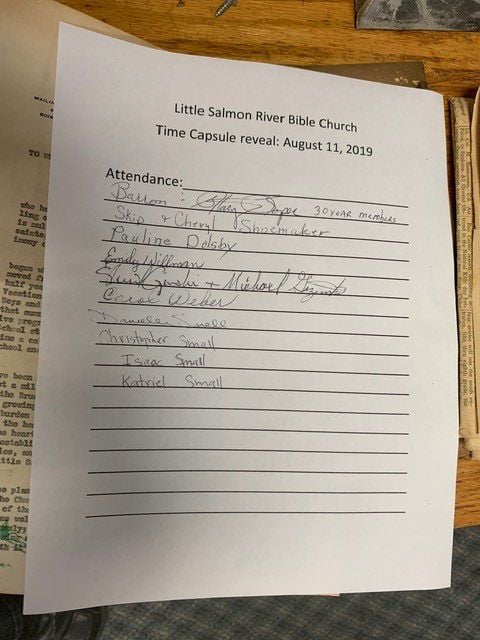 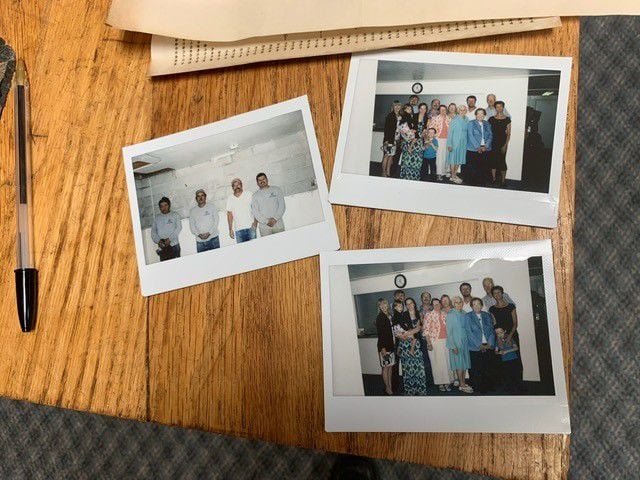 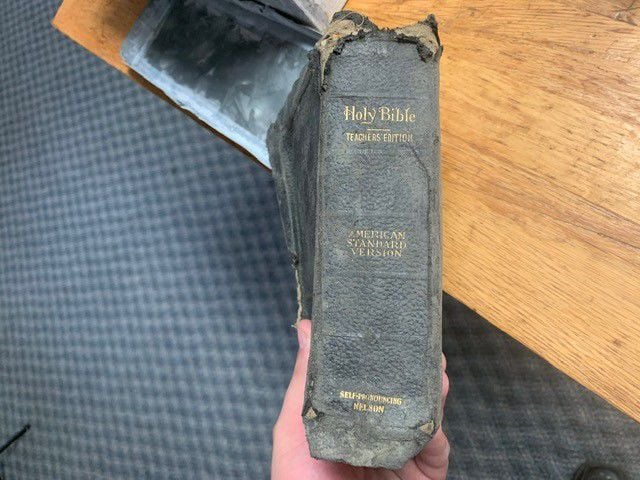 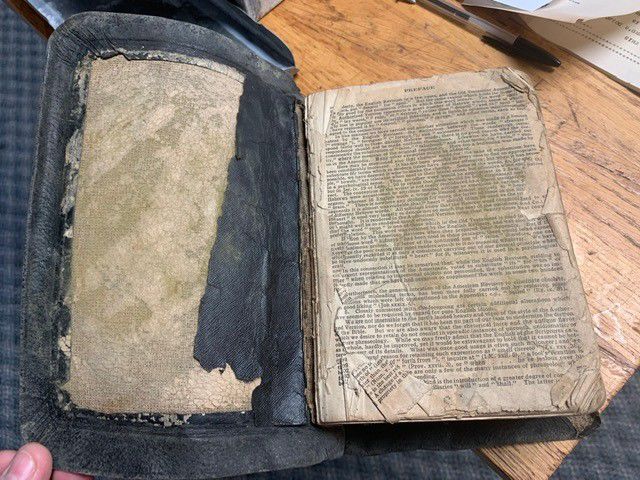 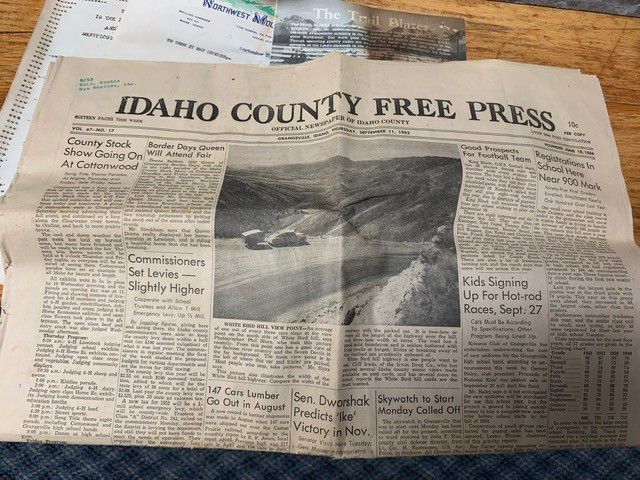 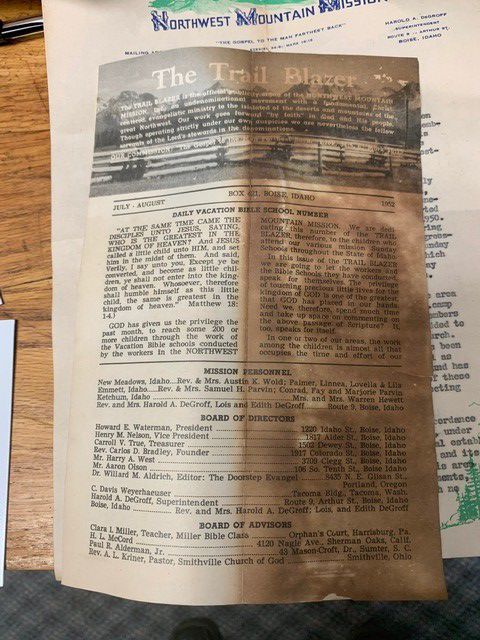 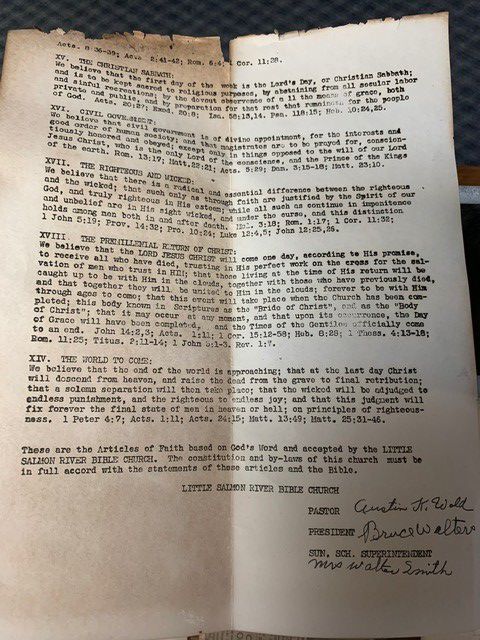 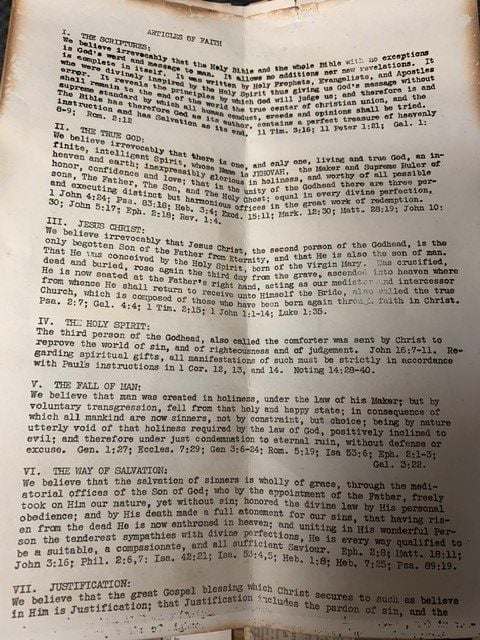 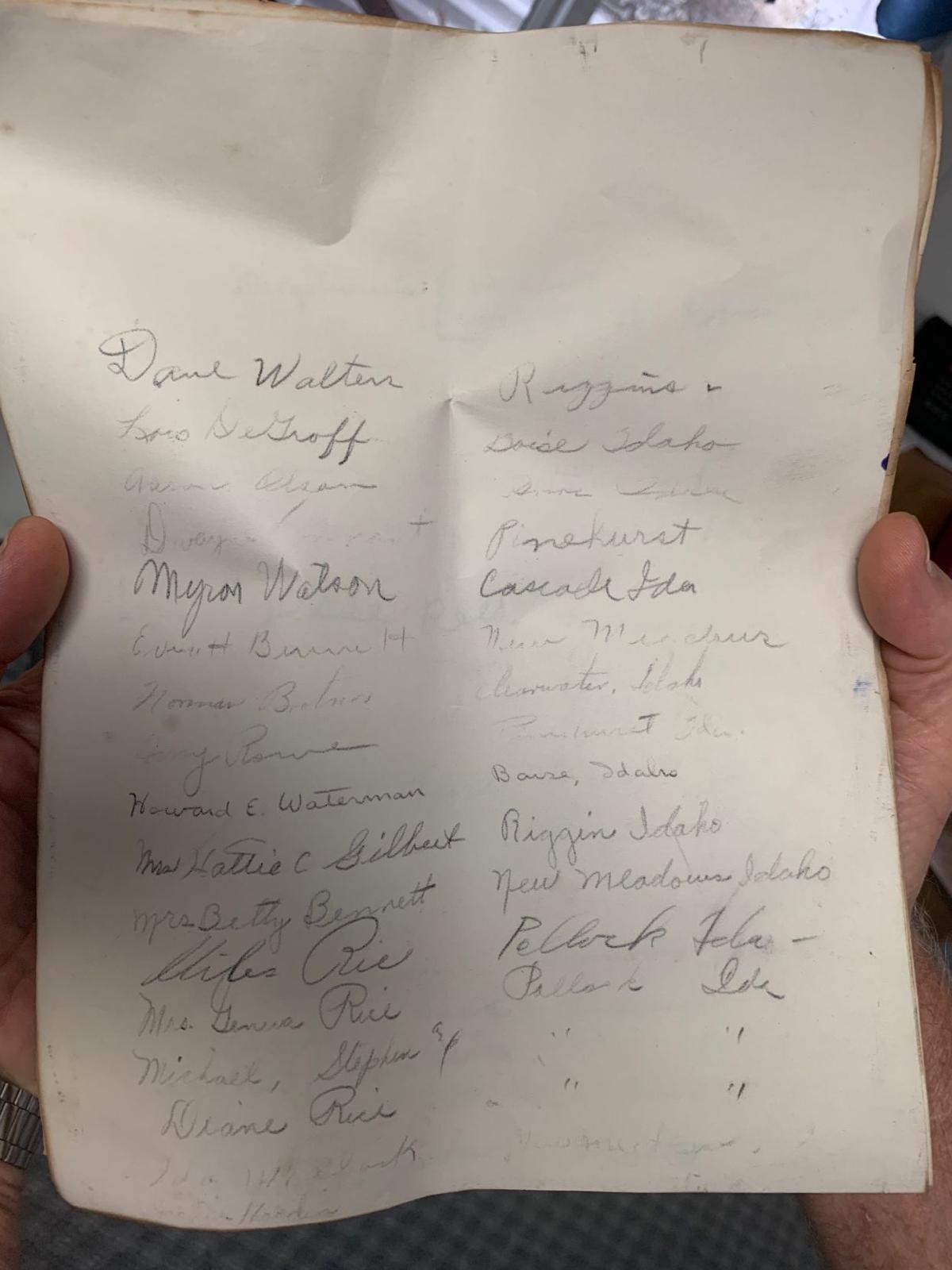 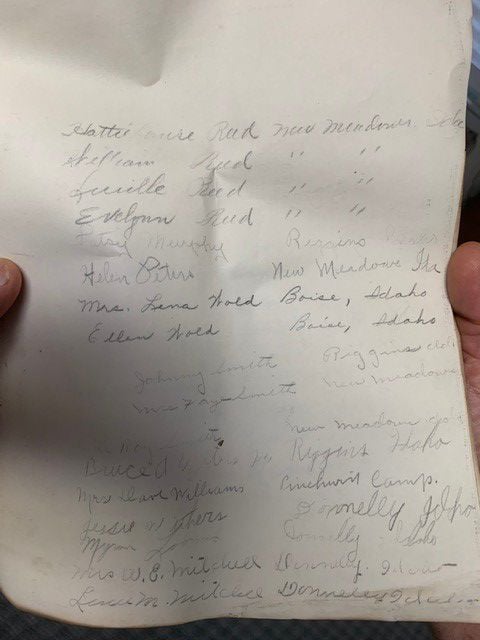 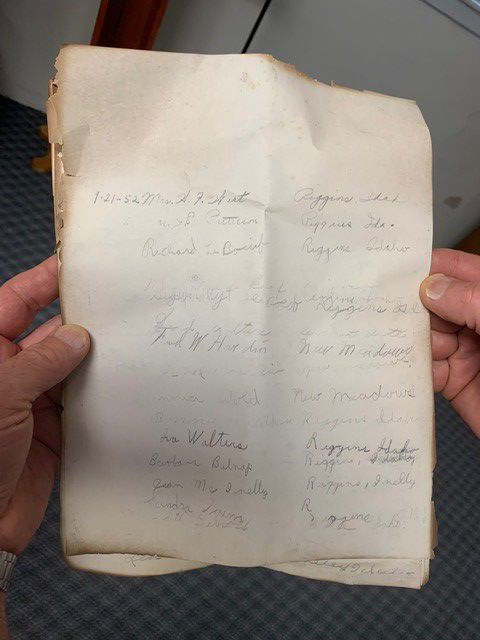 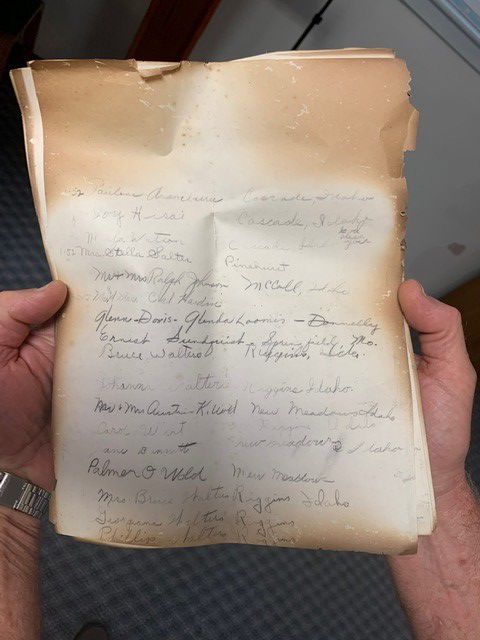 “My husband and I had gone for a drive on a logging road, and a couple was broken down and we stopped to help them,” Weber explained.

When they got to talking, the people mentioned they used to attend the Little Salmon River Bible Church in Pinehurst.

“She mentioned there was a time capsule at the church,” Weber said.

A plaque existed on the corner of the church, stating it had been built in 1952.

“I know time capsules are often placed behind the cornerstone of the church, but I just kind of kept it in the back of my mind,” Weber said.

Flash forward to Jan. 12, 2018, when Iva Henderson suffered a heart attack as she was driving south on Highway 95. She swerved off the highway and hit the northwest corner of Little Salmon River Bible Church.

“It wasn’t until July 2019, when a construction crew from Phoenix finally began renovations on the church to repair the damage from the accident,” explained current church pastor Christopher Small. “As the crew was demolishing the western side of the building, they uncovered a time capsule that was placed behind the cornerstone, a plaque that had the name of the church and the year 1952 on it.

“We were definitely excited to open the capsule,” Pastor Small, who has been at the church about a year, said.

Weber said the church put out the word and invited anyone interested to attend the opening of the capsule. On Aug. 11, Little Salmon River Bible Church held a special service during which longtime members, Bear Loper and Carol opened the time capsule and revealed what was inside.

“It was a small, rectangular container -- my best guess is it’s about 12"x 8" x4",” Pastor Small said. “I believe that the material is composed of tin, but it may be aluminum.”

And, so, 67 years after it was carefully placed in the church’s walls, the capsule was unsealed.

Weber said the capsule contained four sheets of paper with signed names of those who attended the dedication in 1952.

“I did know many of the names on it, as I’ve lived here a long time and also know people from church functions throughout the area,” Weber said. She said people from all over the area attended the dedication and placing of the capsule. The founding pastor at the time of the church dedication was Austin K. Wold.

The capsule also contained a copy of the church constitution, a bulletin from the day’s event, a Bible donated by a man named Walter M. Smith, who had wanted the church to be built, but died prior to the church’s construction being completed, and a copy of the Idaho County Free Press from Sept. 11, 1952.

Weber has been a member of the Little Salmon River Bible Church for 35 years. She and her husband moved to Pinehurst from Caldwell and opened “Bucky’s Saw Shop,” serving the area for 30 years.

“People came from all over to purchase from the shop and have their saws sharpened,” Weber said. “He sold all sorts of logging supplies, and, in those days especially, there were a lot of loggers.”

“I know today not many young people find this type of history – a time capsule – very interesting,” she said. “But I do. It was fun and interesting to find and open it.”