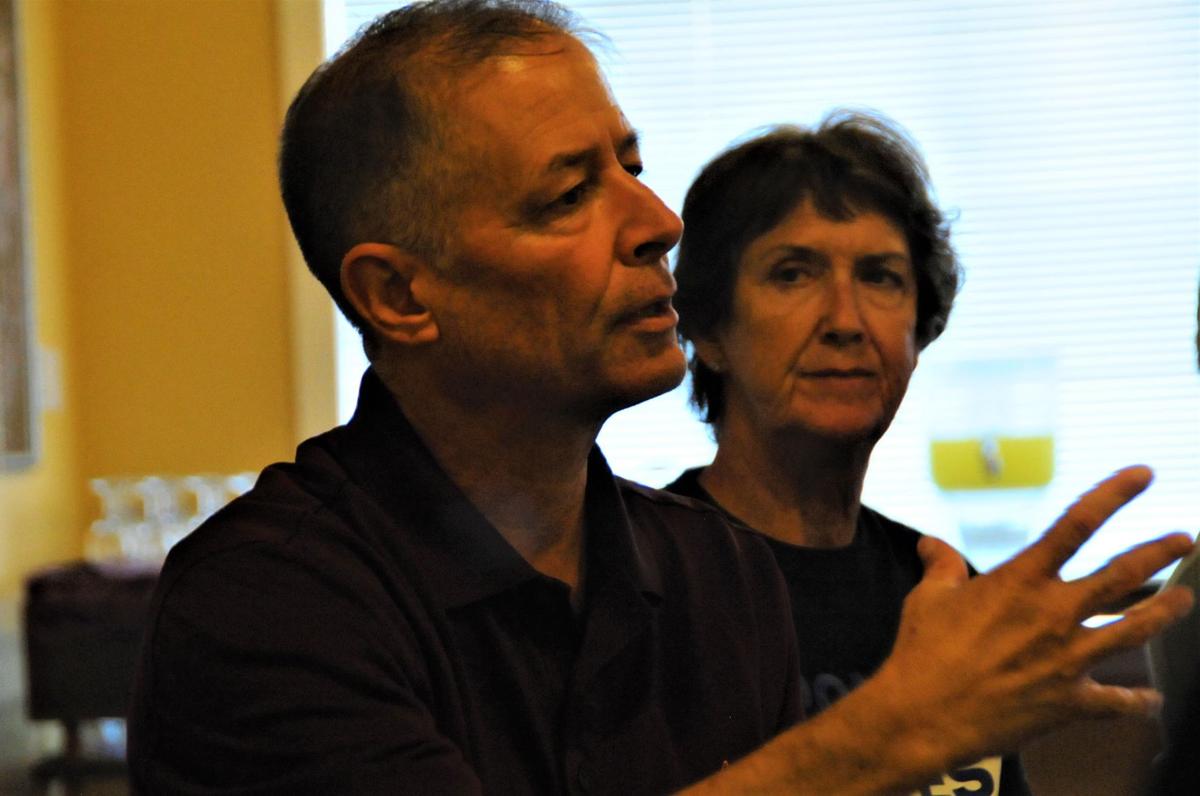 Senator Dan Johnson of Moscow asks presenter Kelly Lineberry and Dr. Peg Gehring how the legislature might help with the opioid crisis. 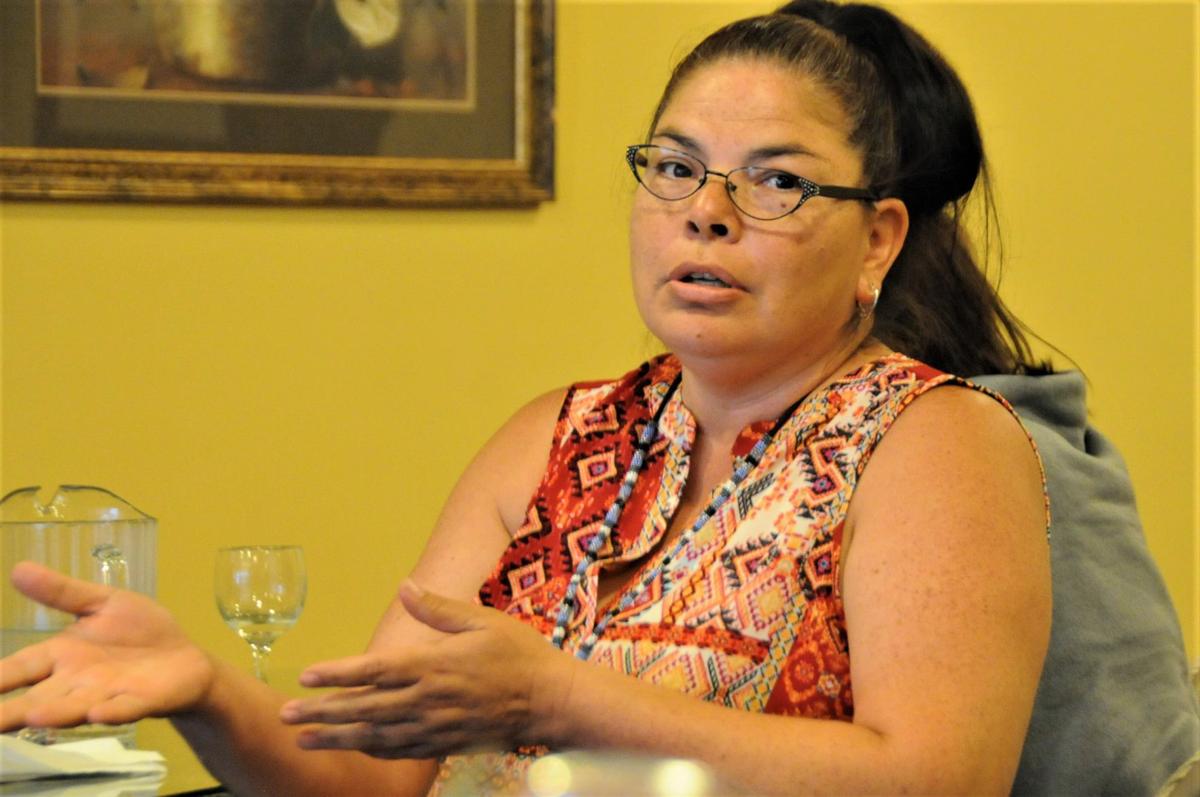 An audience member for the recent opioid presentation relays her frustrations on lack of local help for addicts.

Senator Dan Johnson of Moscow asks presenter Kelly Lineberry and Dr. Peg Gehring how the legislature might help with the opioid crisis.

An audience member for the recent opioid presentation relays her frustrations on lack of local help for addicts.

KAMIAH  The statistics are staggering.

“In 2014, there were 86 opiate prescriptions for every 100 persons in Idaho,” stated Dr. Peg Gehring, St. Mary’s Hospital and Clinics.

That may mean one person could have four different prescriptions, she said. But that many is too many, and Gehring wants to see that change.

A group of 35 people gathered at Hearthstone Bakery Aug. 8 to view the film “Dying in Vein: The Opiate Generation,” and discuss the nationwide drug crisis. The “Lunch and Learn” event was sponsored by Upriver Youth Leadership Council (UYLC).

Gehring, who completed doctorate work in pain management, attended as a professional in the community concerned with the over-abundance of people using prescription opiates.

“The goal is to get people off high doses of opioids without a lot of withdrawal,” Gehring told the group. Three to seven days is the maximum time a person should be on the prescription pain killers, she added.

In the documentary “Dying in Vein,” heroin use was chronicled in the lives of several people in Utah. In each of the cases of the addicts, drug abuse began with prescription pill use and abuse.

The film stated heroin deaths have risen 300 percent since 2010. It discussed the use of Seboxone and Naloxone as an ongoing treatment option for addicts which helps block opiate receptors in the nervous system, as well as the availability of Narcan, which is an emergency treatment for opioid overdose.

One doctor in the film stated: “Somewhere along the way we’ve been led to believe life should be without pain. This simply isn’t true.”

UYLC volunteer Tisse Walle of Kamiah said she was moved by a certain portion of the film that discussed addiction as a disease:

“Someone asked if we would turn away or shame an uncontrolled diabetic,” she said. “That made me think about these people who are addicted and need help.”

Another doctor in the film compared cancer treatment to drug treatment.

“When cancer treatment fails, do we say, ‘Oh, you just didn’t chemo hard enough,’ and blame the person?” she asked.

“Billions are spent on drug production and distribution,” said UYLC volunteer Kelly Lineberry. “And yet, nothing near that is put back into resources to assist those who become addicted.”

Senator Dan Johnson of Moscow attended the program and asked what he could do to help.

“Are the crisis rooms being implemented locally going to help?” he questioned, referring to the rooms that will be funded with legislative money and made available at Syringa and St. Mary’s hospitals, among others in the region, to temporarily house those with emergency mental illness issues or those who are under the influence of drugs.

“It’s a start – it helps, but it’s not the whole answer,” Gehring said.

“There is simply not enough detox availability,” she stated, explaining for one prescription the clinic uses to treat addiction (Vivotrol), a person must first be clean seven days prior to receiving the injection.

Another audience member agreed that even once people are ready for help, the closest place to go may be Coeur d’Alene or Boise – if a spot is even open.

“Making that decision to get help, then the prospect of getting somewhere and being away from your entire support system – it’s just very, very difficult,” she shook her head.

Insurance plays a part in what kind of treatment is available, as well, the film and audience members reiterated.

Gehring is involved with a group of professionals – and expanded her circle at the Lunch and Learn – who are working on ways to deal with narcotic prescription overuse as well as avenues to help lessen diverted prescriptions (ones that may be sold or traded instead of used as they are supposed to be).

“No one should die without having another chance,” the film ended. The documentary was dedicated to 22-year-old Chase Alexander Saxton of Sandy, Utah. A student at he University of Utah, Saxton died of a heroin overdose in 2014.

MERIDIAN – Blue Cross of Idaho, the state’s leading health insurer, recently announced a new strategy to help address opioid use in Idaho. In …