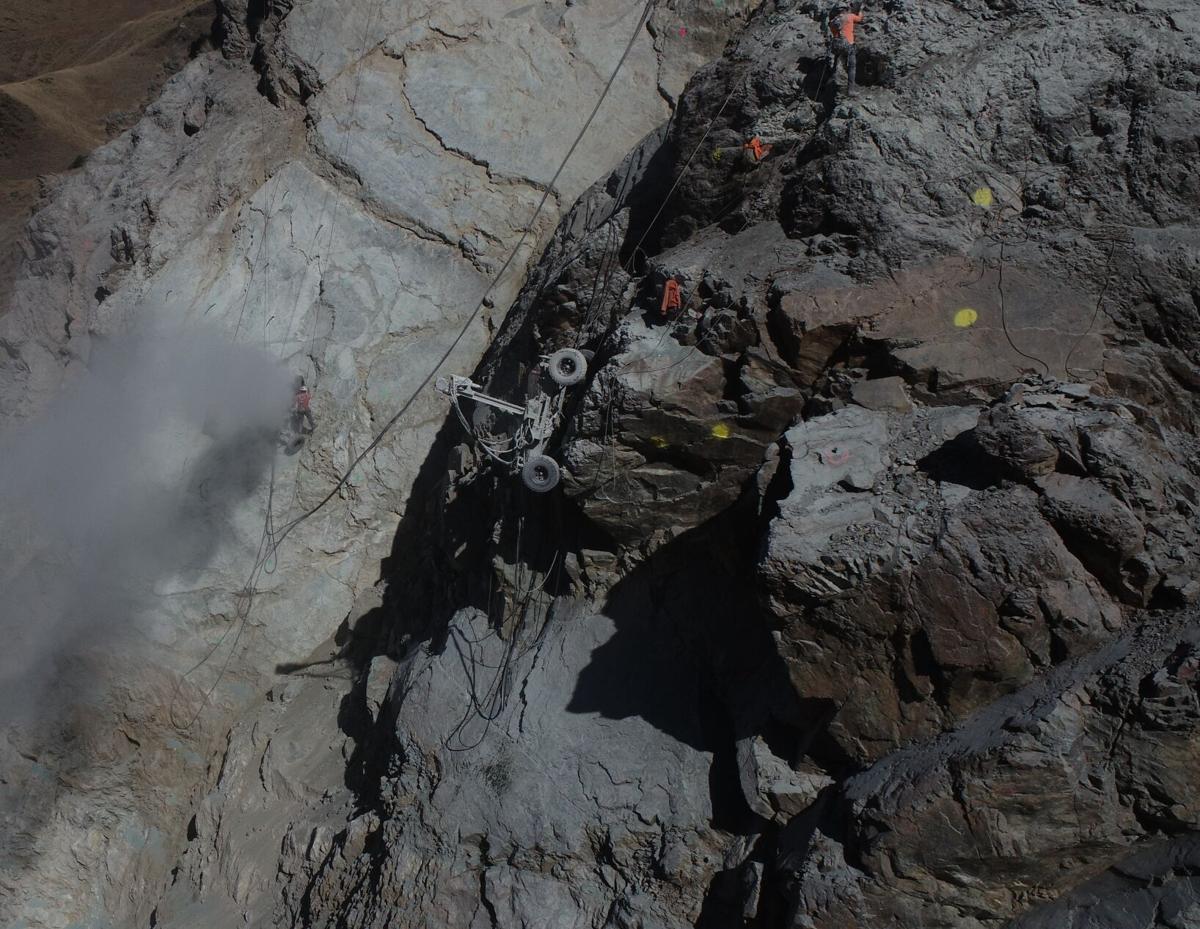 Crews are pictured on Sept. 28, drilling holes as part of repairs at the Pollock slide on U.S. Highway 95 south of Riggins. 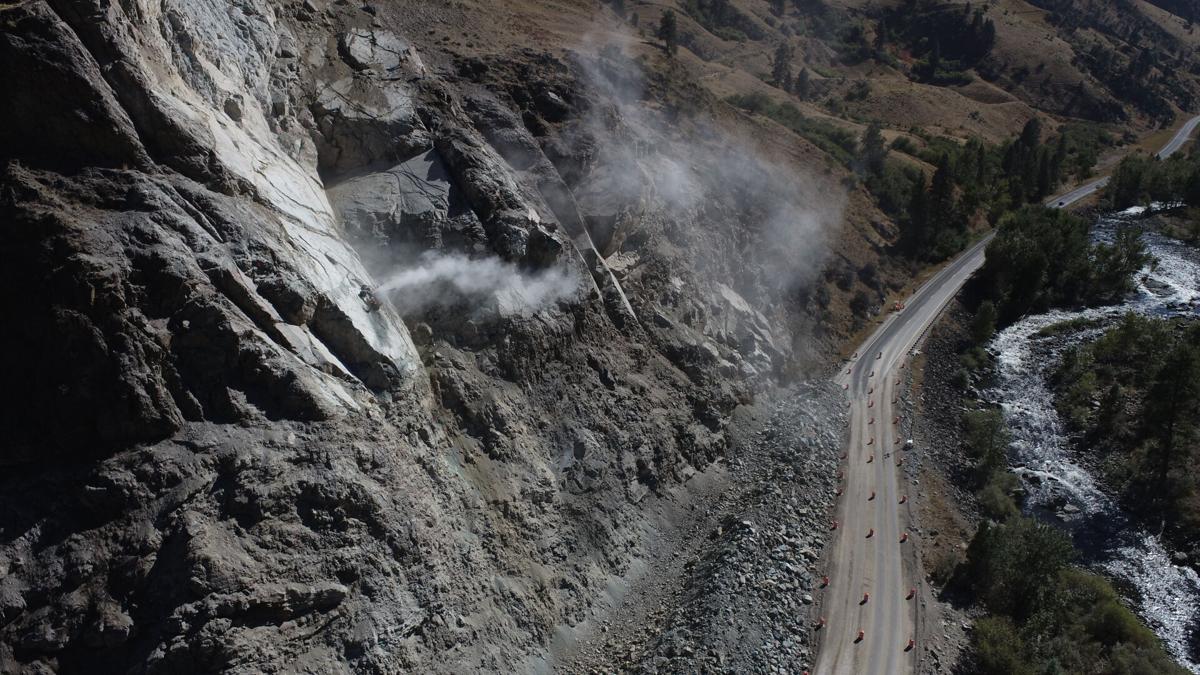 Drilling holes to repair damage at the Pollock slide on U.S. Highway 95 south of Riggins.

Crews are pictured on Sept. 28, drilling holes as part of repairs at the Pollock slide on U.S. Highway 95 south of Riggins.

Drilling holes to repair damage at the Pollock slide on U.S. Highway 95 south of Riggins.

POLLOCK — Two construction personnel are back at work this week, following an equipment failure that caused the pair to fall at the Pollock slide south of Riggins last week.

According to Megan Sausser, public information officer, Idaho Transportation Department (ITD), one was uninjured after the incident, and the other was taken to St. Luke’s McCall Medical Center and treated and released.

“That employee didn’t sustain any serious injuries but has a very bruised hip,” she said.

The incident was reported last Wednesday, Oct. 14 at the slide construction area at milepost 188 on U.S. Highway 95. Crews have been in the process of removing hillside material and prepping the surface for stabilization efforts that followed two slide events on July 3 and 10 that dropped an estimated 14,000 cubic yards of debris across the highway.

“Workers with Rock Supremacy were suspended from the slope and drilling holes as part of repairs,” she said. “An anchor point failed, causing two employees and the drill itself to fall. One employee fell an estimated 20 feet, and another fell an estimated 80 feet.”

One employee was injured and the other walked on his own power to the ambulance for transport to the hospital for evaluation.

Following the incident, the site was shut down for a safety review, according to Sausser, and added ITD is grateful that no one was seriously harmed.

Currently at the site, crews continue to drill bolt holes in preparation for installing wire mesh, which is about 80 percent complete, according to Sausser.

“While they are drilling holes they are also dislodging loose material from the slope,” she said, “so they are still holding traffic for up to 20 minutes as they do that. Once we are done with drilling, we will move to the next phase of the project, which involves installing the bolts and fencing. At this time we’re not sure what impacts will be while installing the fencing.”

ITD is looking at project completion in mid-November. However, Sausser added ITD is exploring options to realign U.S. 95 underneath the slope to provide more room for future minor rock fall events, which could affect the overall timeline of the project.