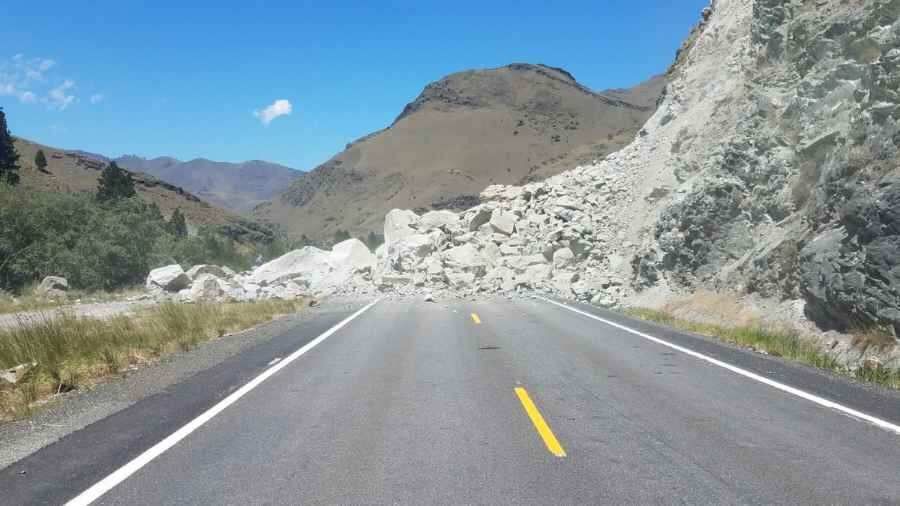 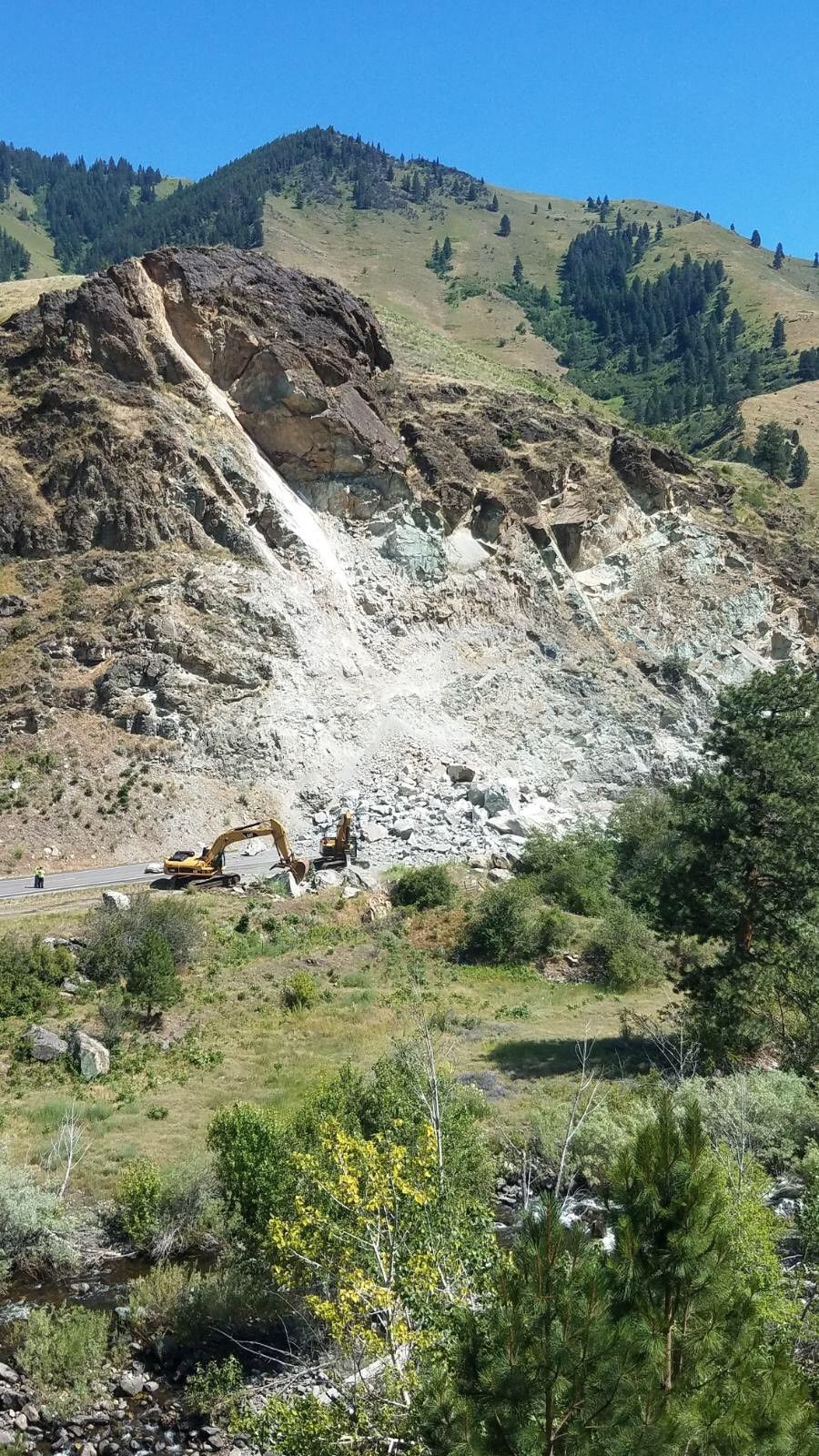 POLLOCK – With the slide still moving, no estimates are available for when traffic will resume on U.S. Highway 95 at Pollock, with both lanes of travel blocked by rock and debris at milepost 188 from a Friday morning event.

The highway is closed on the south end at milepost 186, and on the north at milepost 199. According to Megan Sausser, public information officer, Idaho Transportation Department, barricades will be staffed throughout the night to ensure people are respecting the closure.

ITD is recommending motorists take alternate routes, and the public can check the Idaho 511 app or go online (through its website and social media platforms: Facebook and Twitter) to find updates and estimates for reopening the highway.

“It was a pretty big slide,” Sausser said,” which came down around 9 a.m. Friday morning, July 3. The resulting debris field is 120 feet long, 40 feet deep at its base. One of the biggest rocks in the slide measured at 25 feet across and almost as deep.

As of Friday evening, 7 p.m., the slide was still active with debris continuing to fall – some basketball-sized rocks are bouncing 100 feet off the slide face.

“The crux of this is it’s still moving, and we can’t do anything at this point,” she said, for the safety of ITD personnel.

For Friday, crews assessed the slide area and began mobilizing equipment, of which are two excavators, two dozers, two loaders and 12 trucks – and as many operators – are rolling in for the cleanup effort. Sausser said another assessment will be conducted Saturday, July 4, to make determinations on the necessary work to be conducted and when that can begin.

“This is really challenging. These are big rocks; you can’t just scoop them up,” Sausser said, noting that some are roughly four times the size of the big equipment they have out there. “You have to break them up and haul them off. You’re in the canyon, so you can’t just push it into the river, so you have to go through it our around it.”

Cause of the slide is unknown at this point – “Nothing is ruled out at this point” and it was surprising to see in July. Sausser said these slides are usually due to freeze-thaw cycles, seen in April and May. This is a known historic area prone to slides, and when material is reported moving, this is one of the areas ITD will check first.

Sausser recommended the public check ITD’s 511 for updates, and that work will progress with safety in mind.

“Our number one goal is always safety,” she said. “Safety for our people who are working on it, and then when the highway is open, safety for the people crossing under it.”

US95 between Riggins and Pollock may temporarily reopen Sunday afternoon