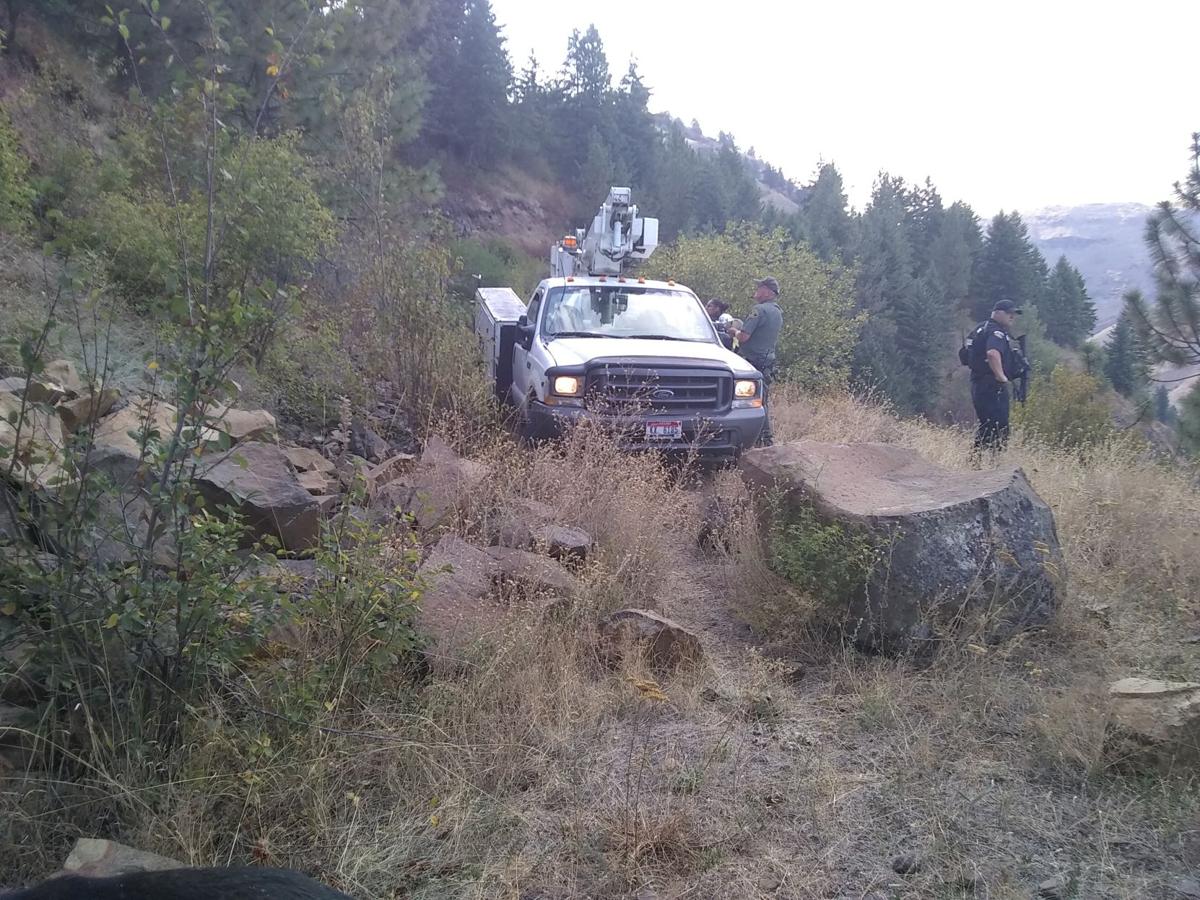 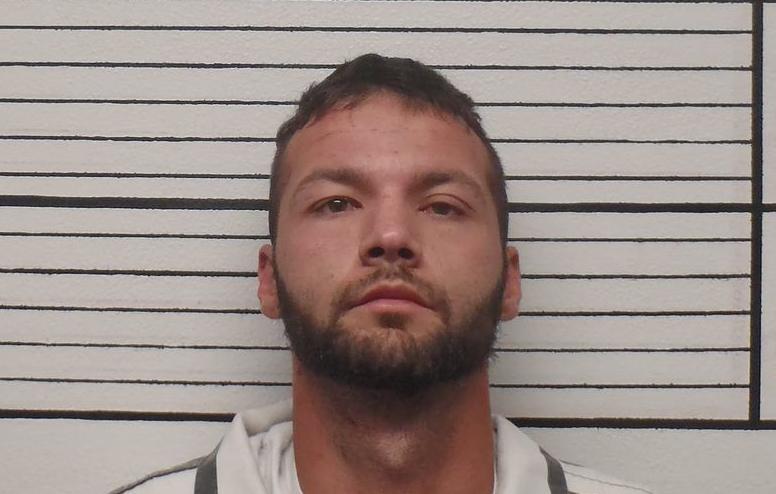 Jackie Shayde Sedillo allegedly led the police on a high-speed chase from Adams County up to Idaho County, stealing cars along the way.

GRANGEVILLE – Idaho County’s calm was shattered last week when an armed subject sped through the region, eluding law enforcement, stealing two vehicles – one at gunpoint – and ditching north of Grangeville where he hid out in a canyon before surrendering to police.

For Jackie Shayde Sedillo, all totaled he is now charged with 15 felony counts for crimes allegedly committed during his Sept. 3-4 spree in the county. The 29-year-old Middleton man is currently held in the Idaho County Jail, bond set at $750,000, with a preliminary hearing set this Friday, Sept. 13, in magistrate court.

“One of the biggest here is robbery,” said Jim Gorges, undersheriff, Idaho County Sheriff’s Office, “taking the car at gunpoint.” As of yet, the handgun believed used in the incident has not been found.

“We know he had it when he took the BMW, and we know he didn’t have it when he came up from the canyon,” Gorges said.

The incident began last Tuesday morning, Sept. 3, 9:58 a.m., when Idaho County Dispatch was advised an Adams County Sheriff’s deputy was in pursuit of a 2017 Kia Sedona, northbound on U.S. Highway 95, reported stolen Saturday night/early Sunday morning out of Nampa. The suspect, Sedillo, was found to have an outstanding felony warrant out of Ada County for failure to appear.

Gorges was in dispatch when the vehicle owner called, saying she was tracking her card as the vehicle was stolen with her purse in it, and the card alerted to being used in New Meadows.

Initial response was by Idaho County Deputy Justin Scuka, who tried to cut the suspect off at Rapid River.

As the pursuit continued, the Idaho Transportation Department was requested to shut down US95, with southbound traffic blocked on the north side of the White Bird Grade.

“It’s not uncommon to assist in these situations, because our crews are naturally part of that emergency response,” said Megan Sausser, ITD public information officer. “This is one of those examples where we assist other agencies when we are asked…. We’re always willing to set up and help.”

Meanwhile, ICSO detectives Jerry Johnson and Brian Hewson set up spike strips three miles north of the White Bird Grade summit (milepost 234) that flattened the Kia’s front tires. The suspect continued until he reached the line of stopped cars. The suspect rear-ended a patrol car, exited the Kia, and while brandishing a gun, forcefully removed an unidentified 84-year-old White Bird man from his 2000 BMW 323CI.

“At gunpoint, he took the second car,” Gorges said, during which one shot was fired into the passenger side seat. The BMW driver was taken for evaluation to the hospital and released.

The suspect left, going northbound and then southbound, turning onto Lake Road where deputies were in pursuit, as the BMW was traveling in excess of 100 mph on gravel roads. Spike strips were deployed at Tolo Lake Road and US95; however, these did not disable the BMW, which continued into Grangeville. The suspect turned onto Idaho Avenue and then Court Street in front of Grangeville Elementary/Middle School, and during this schools, as well as Syringa Hospital, were advised and went into lockdown.

At this point, the suspect abandoned the BMW in town and stole an unoccupied 2003 Ford F350 boom truck, owned by Kurtz Painting of Lewiston, which was parked on South B Street; the truck was unlocked and with the keys inside. He proceeded north on Day Road just outside Grangeville where deputies Scuka and Paulsen were in pursuit. The suspect went east on Prairie Road and north onto Long Haul Road until reaching an area approximately 2.4 miles east of Red Rock Road where he drove the truck down into Cottonwood Creek Canyon. The suspect traveled a short distance on a dirt logging road until he could proceed no farther, left the vehicle on foot into the canyon.

Gorges and Paulsen, a Lewis County Sheriff’s Office K9 unit, and three Nez Perce Tribe officers located and cleared the vehicle, and tracked the suspect until the canine lost the scent. During this time, Nez Perce County Sheriff’s Air Posse launched a fixed-wing aircraft, and the suspect was briefly located on a logging road in a heavily wooded area. Gorges said the suspect appeared at the Walsh residence on Long Haul Road, about a half-mile where he went off.

“He came to the door and asked to use the phone,” Gorges said, but Walsh held the suspect, who said he wasn’t armed, at gunpoint for a few minutes until the suspect took off into the canyon.

The ground search continued, assisted by a Spokane County Sheriff’s Office helicopter through the day, and Idaho State Police patrolling the perimeter. Meanwhile, ISP SWAT from Boise flew in to secure the perimeter that night and to assist the search the following morning. With the scene growing dark, the object at this point was containment, and the incident had approximately 30 officers on duty.

“We had him in the canyon, he was a danger to no one in there; there was nobody down there,” Gorges said. The end objective was to catch the suspect, he said, but first was to keep him in the canyon, away from people. “Other than going to the Walsh house, we were able to do that.”

While the pursuit moved onto the prairie, ICSO issued phone alerts to area residents of the incident, suspect description, and to secure homes and vehicles.

That Wednesday morning, one of the perimeter units spotted the suspect attempting to come back onto Long Haul Road, and ISP SWAT deployed to the location where the he had disappeared back into some trees and duck down into the bushes. SWAT found Sedillo there lying down, his hands up.

“They said he was ready to be caught; he was done,” Gorges said. Sedillo was taken into custody without incident around 8:35 a.m.

Overall, Gorges said the situation went “very well, and nobody got hurt.” The incident was fluid, constantly changing by the minute, and the more agencies and resources that came on made coordination a challenge, he said of a complication in this incident. A temporary communications problem with SWAT was overcome, and they clearly tracked personnel in the canyon and on perimeter to avoid mistaken identity issues.

“It was pretty remarkable no one got hurt; no one crashed a vehicle, no one was bit by a rattlesnake,” Gorges said. ‘Not one of our officers went to the hospital for anything; not for dehydration or a turned ankle.”

Multiple agencies assisted on the incident, also including Grangeville and Cottonwood city police, Idaho Fish and Game, U.S. Forest Service, and Syringa Ambulance. Residents were also thanked by ICSO for their support.