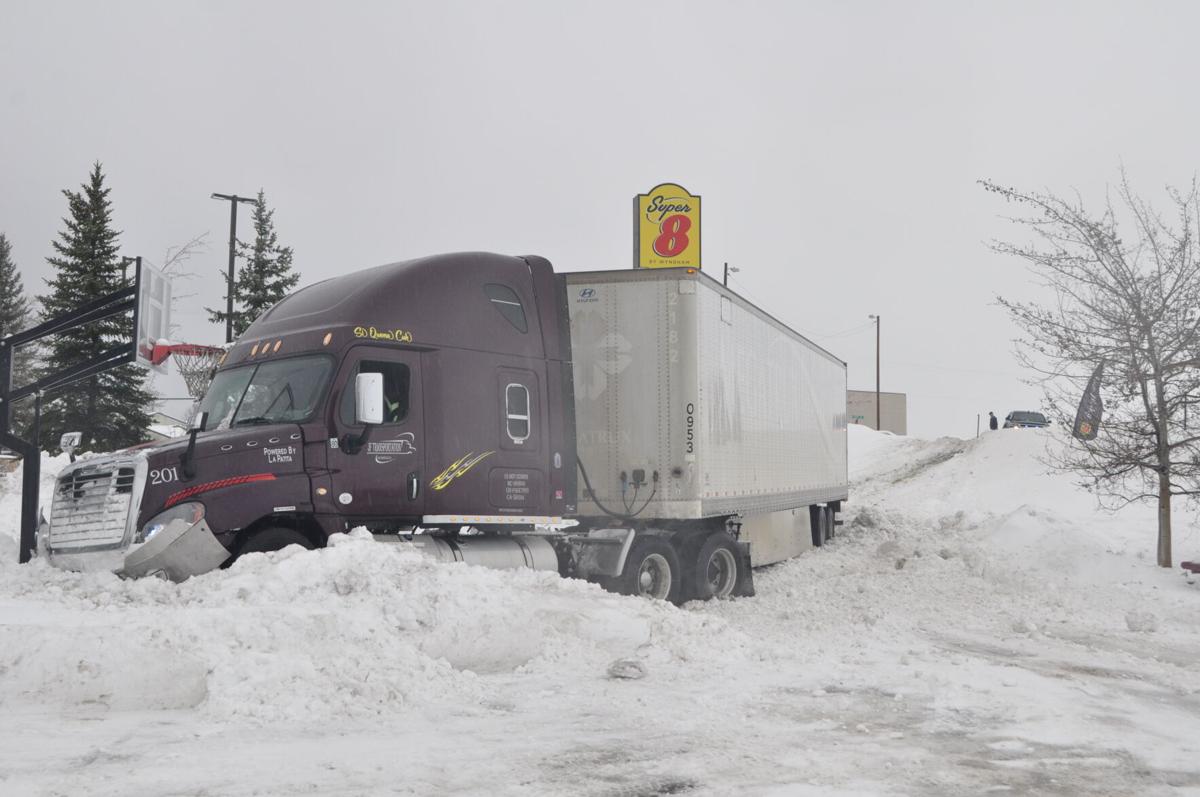 Damage was minor to a northbound semitruck and trailer that slid off U.S. Highway 95 at the south entrance to Grangeville last Thursday, Jan. 6, and ended up in the Super 8 parking lot. 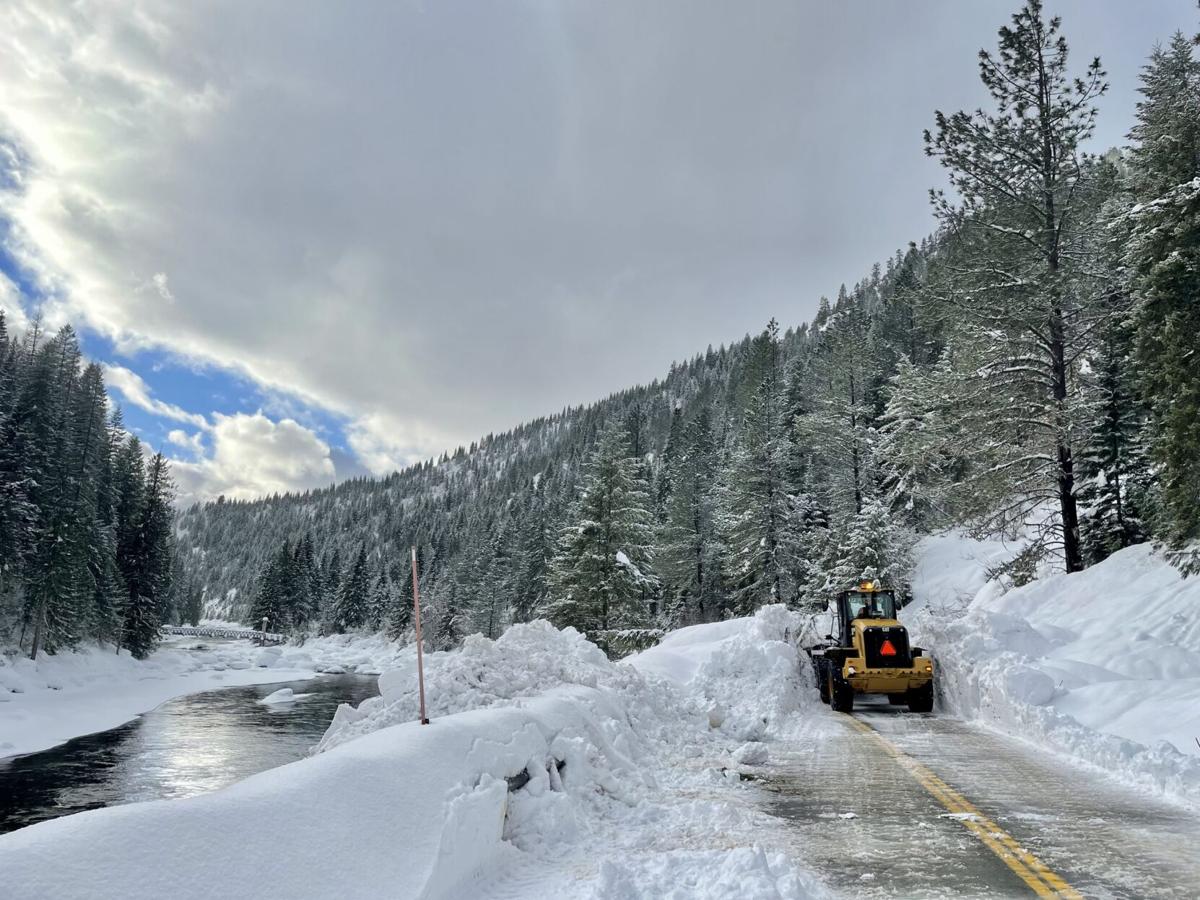 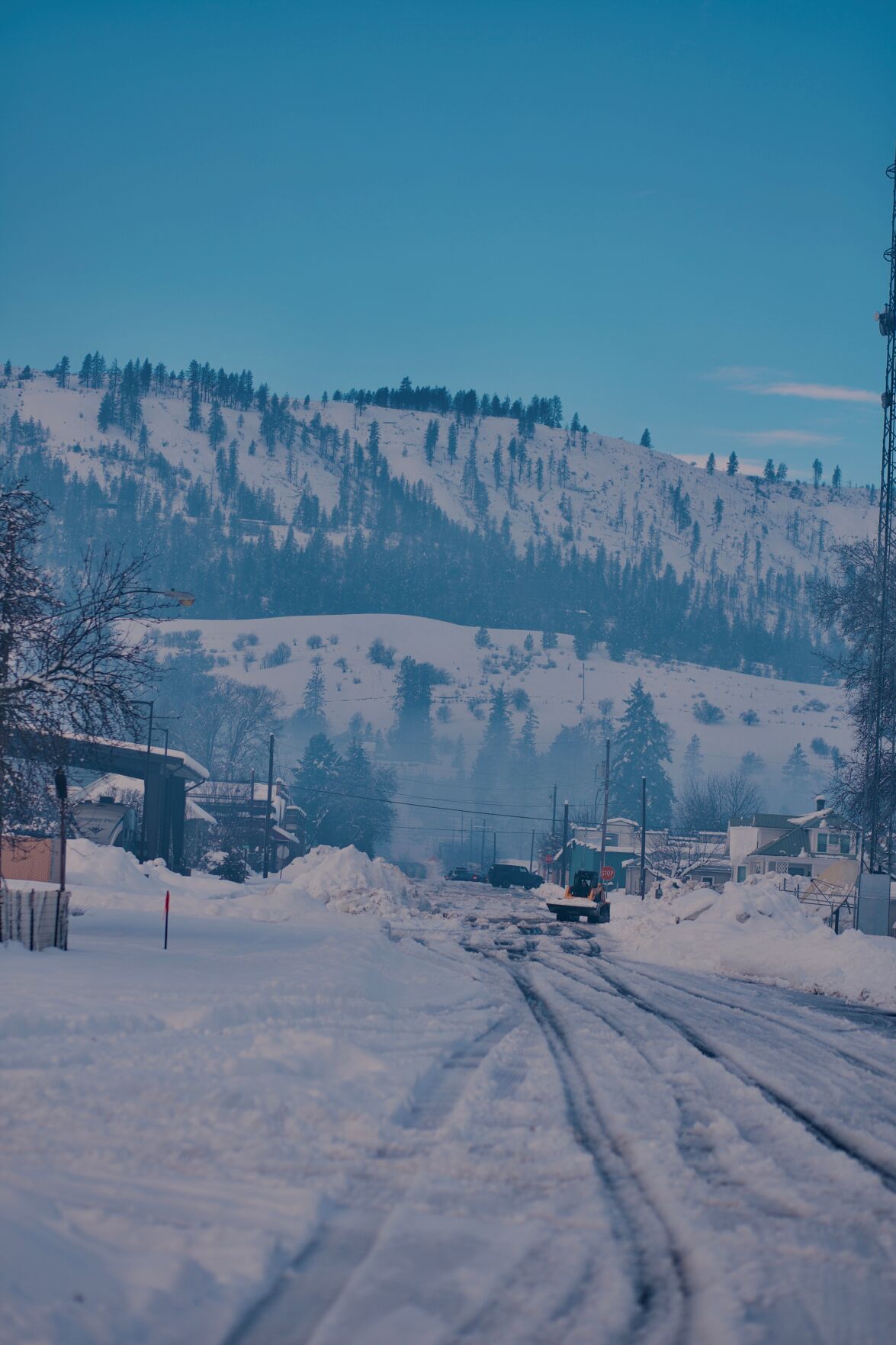 A view in Kamiah following the storm on Friday, Jan. 7 on 5th Street. 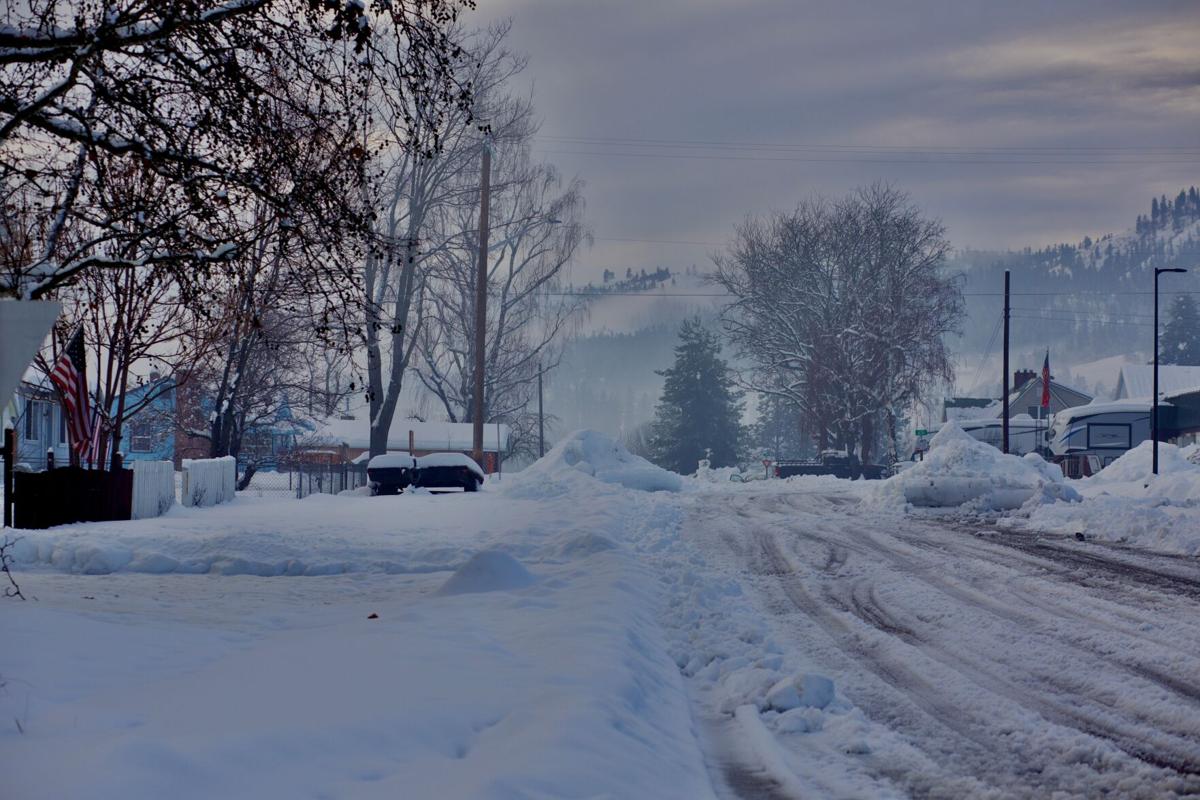 A view in Kamiah following the storm on Friday, Jan. 7 on Oak Street.

Damage was minor to a northbound semitruck and trailer that slid off U.S. Highway 95 at the south entrance to Grangeville last Thursday, Jan. 6, and ended up in the Super 8 parking lot.

A view in Kamiah following the storm on Friday, Jan. 7 on 5th Street.

A view in Kamiah following the storm on Friday, Jan. 7 on Oak Street.

It was a wild ride for weather last week with a one-two punch of high winds and snow — and one avalanche — that shut down highways, stranded travelers and sent multiple vehicles unintentionally offroad.

More snow hit the region that Thursday, with the National Weather Service Missoula office reporting 14 inches in Kooskia, 16 inches in Orogrande, 10 inches at Deer Creek near White Bird, 9.5 inches five miles east of Cottonwood, eight inches at Woodland, six inches each at Riggins and Dixie, and three inches at Grangeville.

The Idaho Transportation Department (ITD) reported U.S. Highway 12 (Kooskia to the Idaho/Montana border; closed due to avalanche danger since Jan. 6) was reopened on Sunday, Jan. 9. Prior to this, last Thursday and Friday, ITD crews worked to clear storm aftermath on US12 that deposited more than two feet of snow.

“At times that storm was dumping three inches of snow an hour,” ITD Operations Engineer Jared Hopkins said. “Our operators have tirelessly worked to remove 150 fallen trees and to clear one avalanche.”

“We also had to bring in heavy equipment to remove several smaller snow slides that had reached the highway and were too big to push with our plows,” Hopkins said.

ITD shut down the highway last Thursday based on avalanche risk, heavy snow and falling trees. Prior to this storm, the last avalanche to reach the highway was in 2008.

“Our avalanche specialists will monitor the corridor through the winter, but it is now safe to reopen with that storm behind us,” Hopkins said. “Drivers should be prepared for narrow lanes and patches of ice and snow as we continue to clean up.”

With snow and high wind issues, last week saw multiple power outages reported across the region, as well as districts canceling school for the day, and athletic events. Some storm damages were reported, notably destruction of the Lewis County 4-H livestock barn in Nezperce, collapsed due to snowload, and area law enforcement responded to multiple calls for stuck and slid-off vehicles. On this last, Thursday morning, a northbound semitruck and trailer failed to make the right-hand curve at the Grangeville south entrance on U.S. Highway 95, slid down the embankment and stayed upright into the Super 8 parking lot. No injuries were reported.

Following the snowloads of the past several weeks, last Monday, Jan. 3, brought in a major windstorm — and more snow — that closed multiple highways throughout North Central Idaho.

The National Weather Service Missoula office reported gusts in the 50 to high 60 range across the Camas Prairie and into the Salmon River canyon. At Grangeville, the Idaho County Airport station recorded winds and gusts at 58 mph, at Fenn gusts were up to 60 mph, and a citizen observing station northwest of Grangeville reported 66 mph gusts. Gusts at Winona were reported at 60 mph, and at 49 mph at Slate Creek. Snow measuring stations reported 24-hour totals between 1.3-1.7 inches at Grangeville, 1.7 at Kooskia and 2.8 inches at Dixie.

“In the same day [Jan. 3], the storm threatened three highways, with ITD working overtime to try to keep up with the storm and avoid closing highways,” said Megan Jahns, ITD public information officer. To keep drivers safe, ITD closed state highways 64 and 162 between Nezperce and Kamiah, State Highway 162, and U.S. Highway 95 from Grangeville to Cottonwood.

“With SH-64 closed, we shifted more resources to SH-162 to try to keep that open as it’s one of the few routes in that area,” she said. “With the US-95 closure, we continued working during it so that the highway, once safe, could be reopened as quickly as possible.”

On Sunday, Jan. 9, SH64 east of Nezperce was reopened.

Monday’s storm event trapped dozens of motorists at Cottonwood, due to the U.S. 95 closure that lasted until 1:20 a.m. Tuesday. Police chief Terry Cochran was full of praise and pride in how community members pulled together, “to help not only neighbors, but also folks traveling that they have never met and will probably never see again.”

Stranded travelers were provided a place to stay at the Emmanuel Baptist Church, with community members providing food and blankets. The Cottonwood Highway District crew burst through five-foot snowdrifts, according to Cochran, so the Cottonwood Fire Department could respond to a chimney fire, and staying in the area to keep roads open and escort crews home. Multiple individuals helped in other ways, such as assisting those stuck on unplowed roads, delivering treats to those stuck on the highway, and helping law enforcement man the road closure.

“Due to the extreme weather, much of that we had to do on our own,” Cochran said. “The roads prevented extra resources and assistance from getting here. Our EMS crews responded through drifted roads to help folks, our fire department went through drifted roads to help people, our road crews worked hand in hand to help these agencies, and most importantly, our citizens stepped up to help out where they could.”

(To read Cochran's full report on the community coming together during the snowstorm, click the article attached to this one, off to the side, or find it in Guest Opinions.)

Well folks, Cottonwood and our area has survived another winter storm and multiple closed ro…