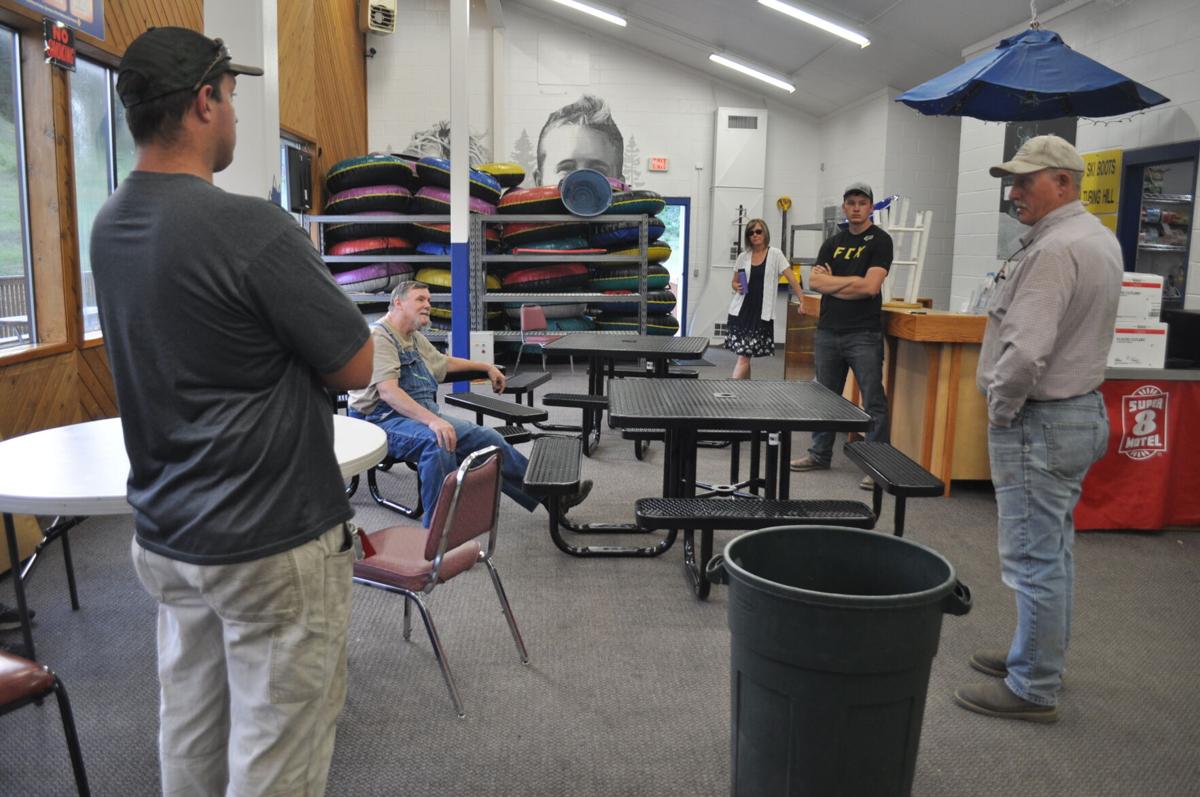 The Grangeville City Council toured Snowhaven Ski and Tubing Hill on July 6. At right, assistant Scott Wasem talks to members of the council and city staff in the lodge. 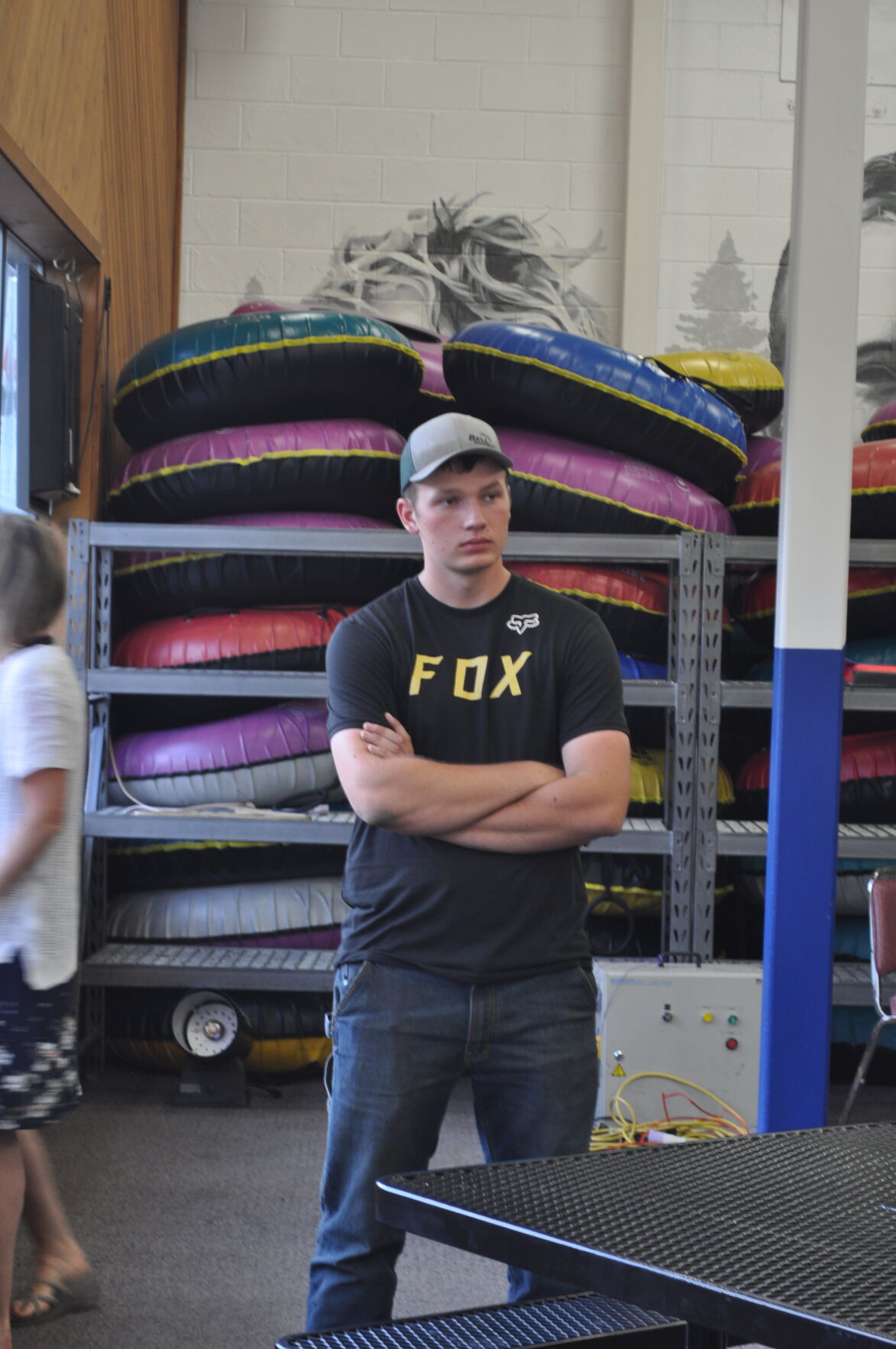 GRANGEVILLE — Earlier this month, members of the Grangeville City Council toured Snowhaven Ski and Tubing Hill, asking questions of staff on operations and planned projects for the short and long term.

As part of the tour, held July 6 following the regular council meeting, new Snowhaven manager, Gabe Forsmann, was introduced. Forsmann was hired earlier this summer to replace Mark Vandlik, who came on in 2019 and recently resigned.

“Mike [Peterson, city councilor] asked if we have any big projects. We’d like to,” said Scott Wasem, former hill manager and current assistant for training Forsmann, “but we have to keep our maintenance up.”

Wasem outlined for the council areas needed for work, such as T-bar maintenance — and the struggles to find replacement parts for the decades-old equipment — brushing the hill, snowmobile repair, and other miscellaneous items.

“One big idea we’ve had for a number of years is tear this deck off, dig out the soil and extend the basement,” Wasem said. This would allow for expansion of the rental shop, place public bathrooms downstairs and provide space with water and heat for the ski patrol, which currently uses an outside unattached building. With property recently acquired by the city, Wasem said they would also like to extend the run for the tubing hill to accommodate user congestion in that area.

“We’re hoping we have a good season this year, that we’re fired up the first day in December when school is out,” Wasem said, which is weather-dependent. He said he’s asked each year on how the weather looks for the upcoming season, and he replies to these, “I’ll tell you in March,” he smiled.

Pending no COVID-19 restrictions, plans call for the lodge and kitchen to open as normal. Forsmann commented this will be with a reduced menu. Wasem added they currently have “a pretty extensive menu, but it’s hard to get a cook that can cook everything on that menu.”

Questioned on how alcohol sales have gone since the council approved in 2019 for beer and wine to be sold on the hill, Wasem estimated they sold 20 beers that first year. He was frank with the council that this was a “poor decision,” as the sales don’t pay for the state permit, that their clientele demographic is between age 6 and 17, and creates issues in not only providing someone 21 or older to sell it, but, as well, someone to monitor alcohol usage at the facility.

As for the coming 2021-22 season, continuing alcohol sales at Snowhaven has not yet been discussed with council and Forsmann, according to city administrator, Tonya Kennedy.

With the kitchen closed last year, Wasem said that shifted to patrons having their own cookouts in the parking lot.

“We may have created a monster by having tailgating, but, you know, I came up a few times and watched; it was pretty cool,” he said. “Smoke coming up from the back of every pickup and burgers going,” adding this activity may curtail when the kitchen reopens this season.

Last year’s season, Wasem said, was “pretty high, because people were wanting to get out,” which is an improvement from the past three or four seasons, which were not very good. The hill tries to keep prices low, but they have to contend with continued issues of maintenance and the cost of inputs continuing to rise.

The July 6 tour is one of a series of periodic field trips organized for the council and city staff by Mayor Wes Lester to familiarize and also reacquaint them with municipal services and facilities. The last tour was in June at the wastewater treatment facility.