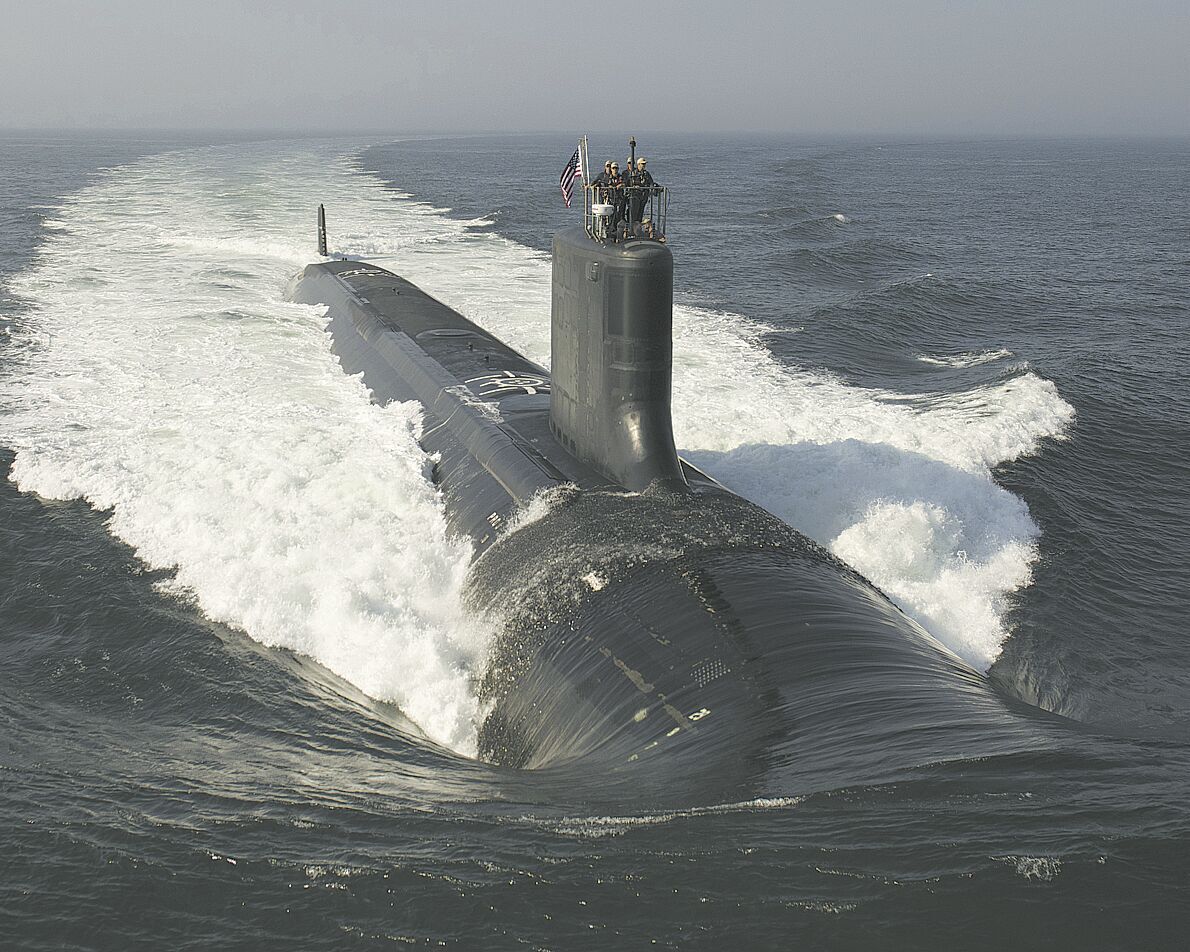 When fully completed and launched the USS Idaho will look like the Virginia Class submarine shown here. 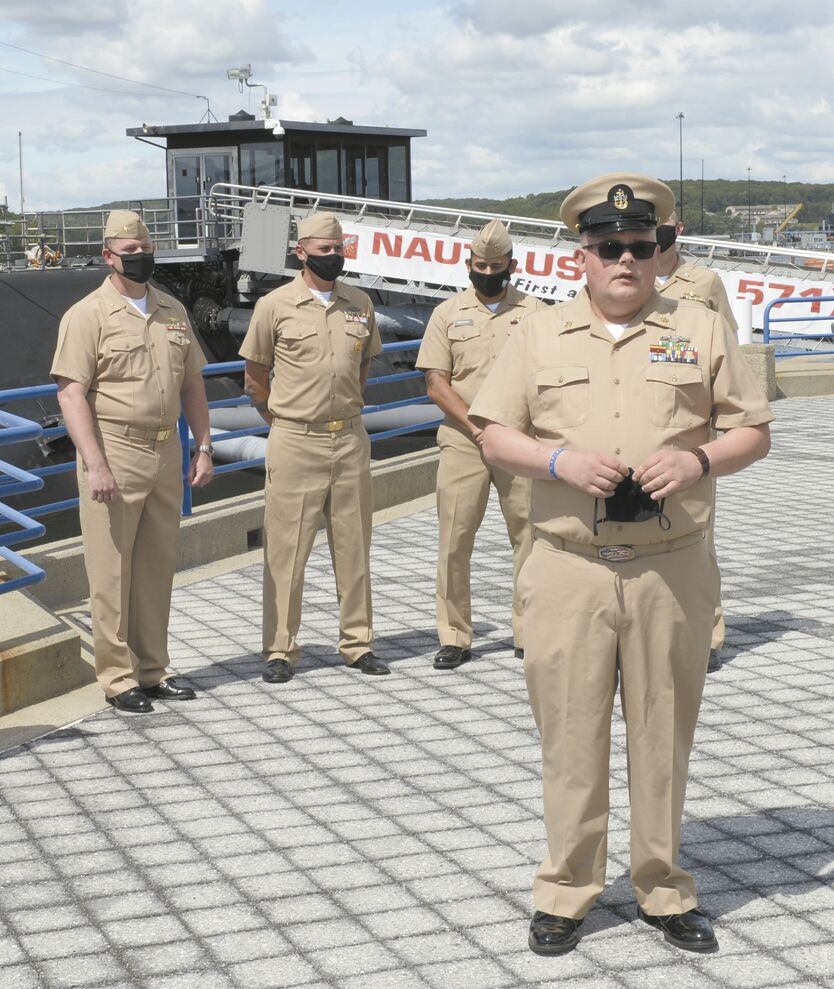 When fully completed and launched the USS Idaho will look like the Virginia Class submarine shown here.

GROTON, Conn. -- When the fast attack Virginia class nuclear submarine, USS Idaho, splashes into the water sometime in 2023, it will mark the first time in more than 100 years that a U.S. Navy vessel has been named after the Gem State. Kooskia area native, Dave Drury will be there to witness the event. Drury, who graduated from Clearwater Valley High School back in 1998, joined the Navy right after high school.

“I graduated from Clearwater Valley High School in 1998,” said Drury. “Then I took a week off before I signed up.”

Drury joined up with the Navy, realizing that local opportunities were limited, and he wanted to get ahead.

“My family didn’t come from a lot of money,” said Drury, “so attending a college was going to be a difficult thing. I talked with the recruiter and with the Navy College Fund I’ve gotten my associate’s and bachelor’s degrees in nuclear engineering. All while in the Navy.”

And then there was the lure of travel. The slogan, ‘Join the Navy and See the World’ has been a part of naval recruiting culture since at least World War I and it hit a responsive chord with Drury, even if the world is about 70 percent open ocean! There were plenty of ports of call for the young sailor during the past 23 years.

“It’s hard to fathom that boy from our area has seen so much of the world,” said Drury. “I have been to portions of the Middle East, most of Europe and just some pretty cool places, places you would never be able to see. The living history that goes along with that is amazing.”

When he’s not busy playing tourist in exotic, faraway lands, Drury is hard at work on a submarine plying his trade as a senior master chief. Technically, his title is engineer and foreman master chief, and what that means is that he is a very busy sailor, indeed.

“I’m in charge of training and qualifications and essentially am the lead in working the department that includes the nuclear reactor, all subsequent equipment, the atmosphere control equipment, plumbing, and everything to make the submarine work,” said Drury.

“I was nearing retirement,” said Drury, “but the chance to serve on the Idaho was definitely one of the strong things that helped pull me away from that idea. To be able to serve on a namesake piece is kinda cool.”

It wasn’t just the name that caught his imagination. The Idaho is not yet finished. There was a keel laying ceremony a few weeks ago and construction of the vessel is in the very early stages. Modern subs are built in the traditional sense; they are assembled modularly. Completed sections of the ship are joined together one-by-one until the submarine is completed. It is an efficient system that allows the installation of new technology to be installed as it becomes available.

“We’re kind of in the initial planning stages, right now,” said Drury. “Basically, we are building everything from scratch. We’re establishing commands, the way everything is going to be operated for the next 35 years. We’re able to codify the culture on the boat – respect and everything else, which is something you only get once in a generation. That’s where I’m having the most fun.”

When completed, the nuclear-powered Idaho will be some 377 feet long, 34 feet wide, displace 7,700 tons (submerged), have an underwater speed of at least 25 knots, be able to dive a minimum of 800 feet. It will carry a crew of 15 officers and 117 enlisted personnel. The vessel will be bristling with Tomahawk missiles, twelve VLS tubes, MK48 ADCAP torpedoes, four torpedo tubes and the latest technology, including the latest in stealth, intelligence gathering and weapons systems technology.

The Virginia class submarines are designed to seek and destroy enemy submarines and surface ships; project power ashore with Tomahawk cruise missiles and Special Operation Forces; carry out intelligence, surveillance and reconnaissance missions; support battle group operations; and engage in mine warfare. It features the latest in stealth technology, can operate submerged indefinitely and is only limited by the amount of food stores on board.

So, what is it like to be underwater in a large tin can and in darkness for months at a time? Chief Drury said it wasn’t bad at all. The vessels are pretty comfortable, if a bit cramped. The navy makes sure that all underwater crews are extremely well-fed. Boredom isn’t a problem. Keeping the boat running in tip-top form, doing drills and being in a constant state of readiness keeps the crew busy and morale high.

“There is a little shell shock when you first go out; it’s a bit different,” said Drury, “but now I can’t imagine not doing it.”

Drury says his deployment on the Idaho is 30 months, but he will probably stay on longer.

“I’ll stay as long as I am having fun and making a contribution,” said Drury. “For my long-term goal, I would like to be able to finish my PhD in nuclear engineering.”

The senior master chief is pretty humble about his accomplishments. He doesn’t brag about his expertise and credits others for much of his success.

“If I could give a shout to the people from my area,” said Drury. “I am no better than anybody who’s around, but I am very thankful for my peer group and everybody from home who helped establish that work ethic in me, a sense of morality, and strong ethical background. It helped me to succeed in the Navy. I can’t be appreciative enough of the family and those I went to high school with, the Nez Perce Tribe, and too many others to call out. It really was the foundation that helped me succeed.

I’d love to come out sometime and just talk with the young people in the area – not to jam the Navy down their throats, but their options. There’s hard work associated with the service, but the Navy provided me with opportunities that I would not have had otherwise.”

One opportunity that Drury has not had lately is the chance to visit home. Between this new assignment and COVID-19, he has been unable to visit his extended family.

“I haven’t been out to Kooskia lately, what with all the covid stuff going on, but we [he and his family] try to get out there every one or two years. I still have family that’s in the area. My grandmother lives in Kamiah. I have a little bit of family that’s moved out Orofino, Weippe and Stites. All this covid stuff… we have all these federal regulations to keep everybody safe. It is keeping us away for now.”