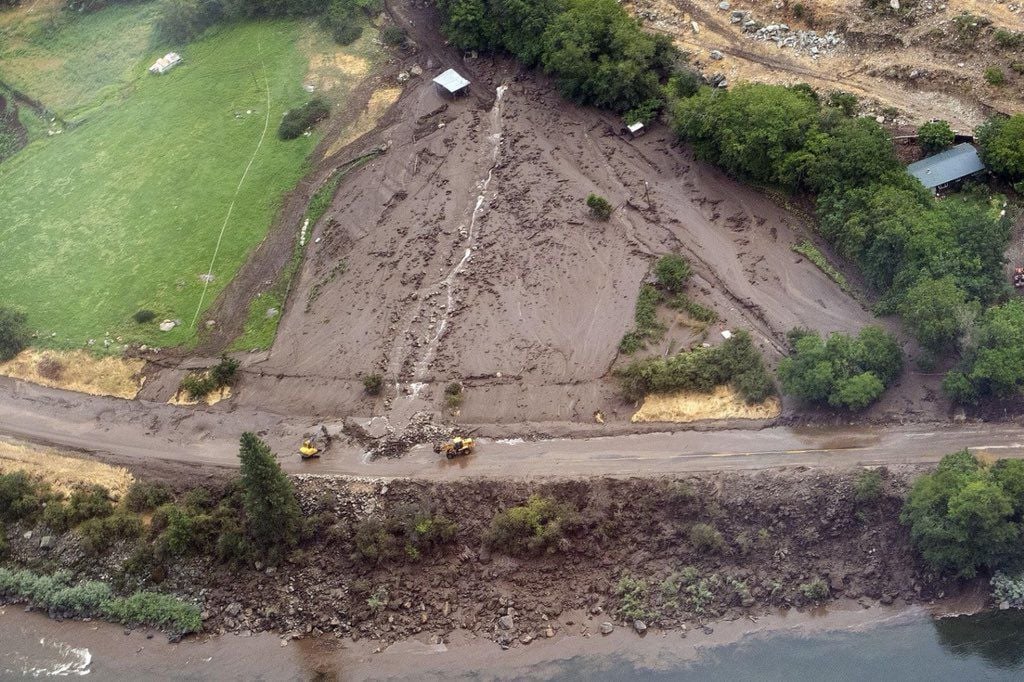 The Idaho Transportation Department is reopening US 95 on Sunday evening after clearing the mud and debris from the road following mudslides on Friday evening.

US 95 at Fiddle Creek had about four to five feet of mud on it as late Saturday afternoon. 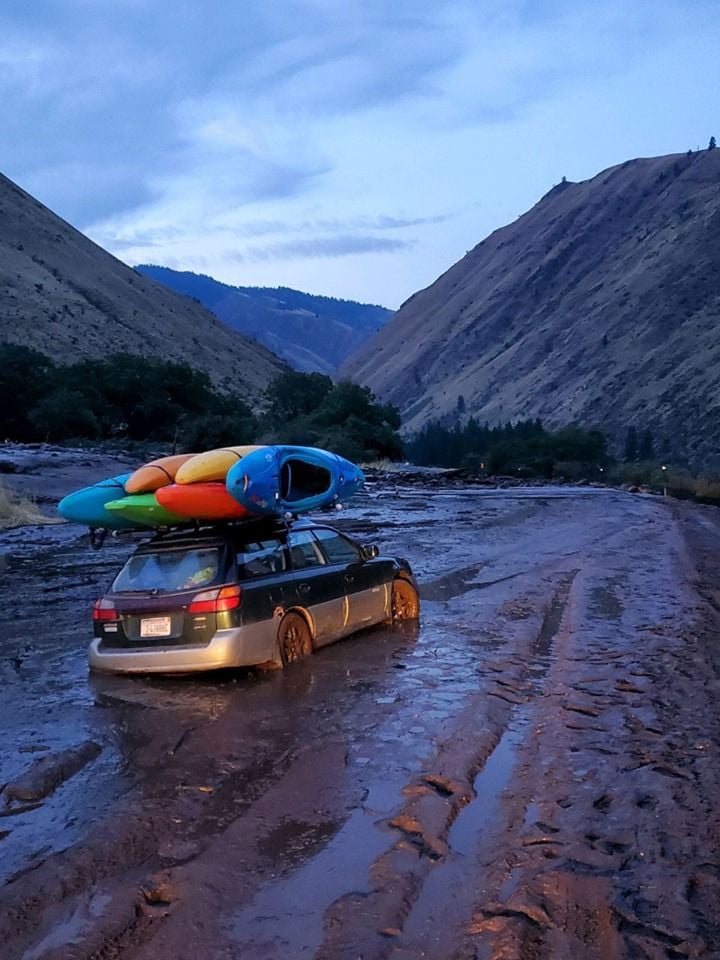 US 95 is closed from New Meadows to just south of Grangeville after a mudslide near Fiddle Creek on Friday night.

A mudslide Friday night, Aug. 9, has prompted the closure of US 95 between Grangeville and New Meadows.

Road crews are working to clear the mudslide on US 95 near Fiddle Creek.

The Idaho Transportation Department is reopening US 95 on Sunday evening after clearing the mud and debris from the road following mudslides on Friday evening.

US 95 at Fiddle Creek had about four to five feet of mud on it as late Saturday afternoon.

The slide north of Riggins has nearly been cleared to two lanes and is scheduled to open fully at 6 p.m., according to the Idaho Transportation Department.

Near milepost 200 drivers will be asked to slow down to 45 mph and watch the shoulders. Law enforcement will be in the area.

One lane of US 95 between New Meadows and south of Grangeville has been reopened, according to the Idaho County Sheriff's Office and Idaho Transportation Department. Flaggers and a pilot car are guiding traffic.

Idaho Transportation Department’s second district spans Latah, Clearwater, Nez Perce, Lewis and Idaho counties. The agency employs about 100 maintenance workers in this area. But much of the district is cut off from the location north of Riggins where flooding Friday, Aug. 9, closed the state’s main north-south highway.

So this ITD district is drawing on the district to the south to provide more equipment and manpower as the agency works to reopen the road – one lane, at least – as quickly as it can.

Under pressure from a massive hailstorm that hit Salmon River country in southern Idaho County Friday night, Aug. 9, Fiddle Creek – about four miles north of Riggins – blew out. Also hit was John Day Road, north of Lucile, where the highway remained blocked to southbound traffic on Saturday afternoon, Aug. 10. Floodwater had swept muck and debris onto U.S. Highway 95 and closed the road to through traffic for 70 miles – from a spot south of Grangeville to New Meadows.

The district responded with three trucks, six equipment operators and two loaders on Friday night, and the next day, sent in six more trucks and an excavator.

“That’s pretty much all the available people and equipment we have,” spokeswoman Megan Sausser told the Free Press during her lunchtime on Aug. 10. “Due to the geography, we’re also pulling people from District 3. Crews that don’t normally operate in this location are being called in, and law enforcement is helping man barricades, at least initially.”

Earlier this year, when a major landslide struck U.S. Highway 12 between Kamiah and Greer, it took several days for the road to be reopened.

With more severe thunderstorms and flash floods possible through Saturday night, Sausser wouldn’t hazard a guess at when U.S. Highway 95 might be open.

US 95 is closed between Nora Street in New Meadows and Lake Road, which is about four miles south of Grangeville.

The Idaho State Police, Idaho County Sheriff's Office, and Idaho Transportation Department are on scene of large mudslides that are blocking the highway in multiple places between mileposts 197 to 205.

"Late last night [Friday, Aug. 9] around 10:30 p.m. ITD had to close the road because Fiddle Creek jumped its banks and made a new channel, taking a lot of debris and power lines with it," according to an email from Megan Sausser of ITD. "Idaho County Light and Power was on scene to handle the power lines, after which ITD crews were able to start working on the debris. It’s about 200 feet long and 4 feet deep."

Residents are being evacuated as necessary. Travelers are asked to avoid the area.

ITD does not yet have an estimated reopening time.

"Equipment and personnel from all over the region are being called to the scene to expedite this process," Sausser noted. "It looks like more extreme weather is moving in for the night which could affect our progress and ability to keep our crews on scene."

Travelers and residents are encouraged to check the ITD website, 511 app or call 511 for updates.

Water over road at Fiddle Creek