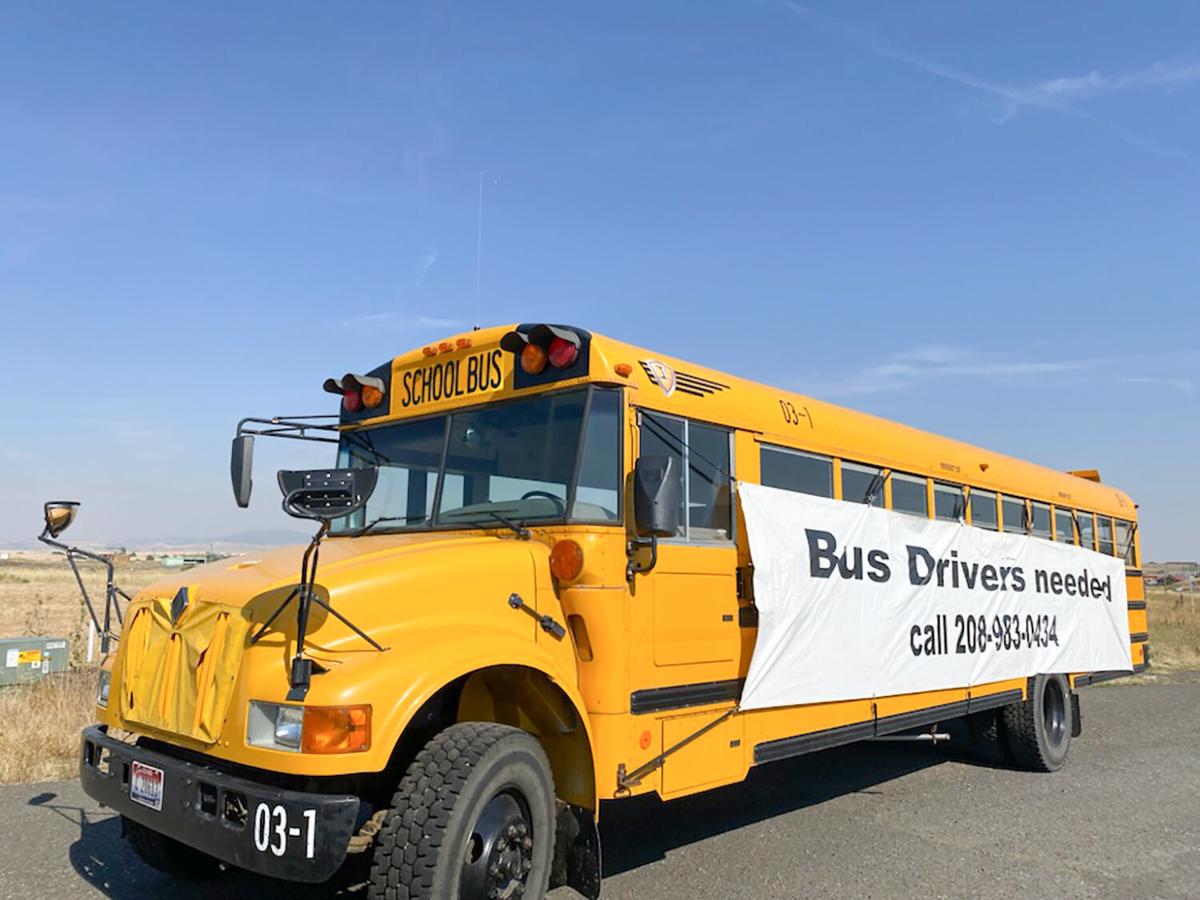 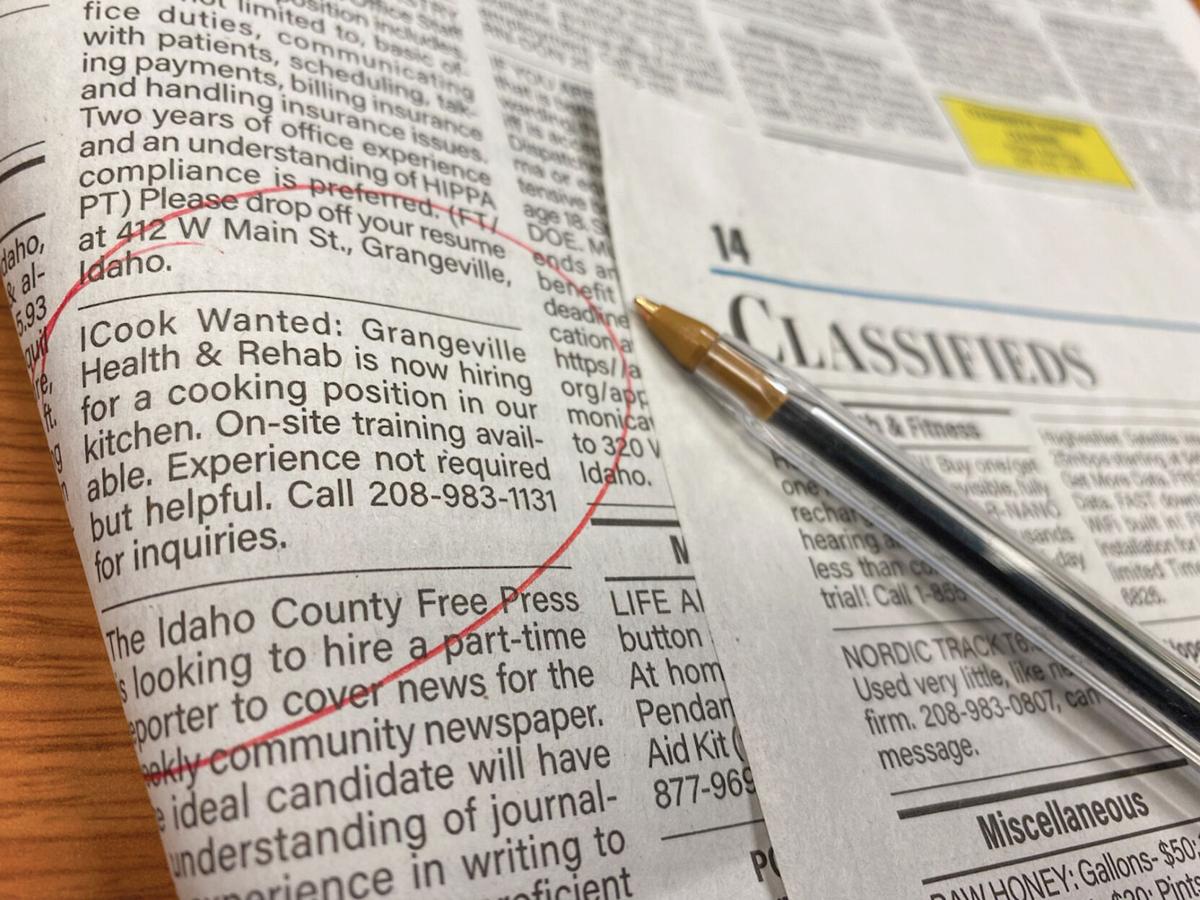 Many local businesses are seeking employees.

Editor’s note: Regional economist Kathryn Tacke died unexpectedly on July 2. This is the last article she submitted for publication. Her previous articles can be found at Labor’s Idaho@Work blog.

What a difference a year makes. In April 2020, the pandemic and its effects pushed Idaho’s unemployment rate to an all-time high of 11.6 percent. This April, media across Idaho reported on labor shortages and how some businesses are struggling to stay open because they can’t find enough workers. The labor shortages are widespread — not only showing up in the state’s fast-growing urban areas, but also in rural communities. The businesses finding it hardest to recruit workers are construction firms, home care agencies, employers of certified nurse aides, restaurants, motels, trucking and package delivery companies and some manufacturers. School districts throughout the state are finding it difficult to hire substitute teachers and paraprofessionals.

Why has the job market become so tight? Before the pandemic, labor shortages were common. Now, thousands of Idaho employers are trying to make their normal seasonal hires and add new jobs as the state continues its recovery and growth in manufacturing and construction industries accelerates. This article explains the complex reasons for all the “help wanted” signs in Idaho and why employers are getting little or no response to want ads.

Idaho’s good fortune is one reason for the labor shortages. Its economy has proven hardy during the pandemic. Idaho’s seasonally adjusted unemployment rate in April was 3.1 percent – just five-tenths of a percentage point higher than its all-time low of 2.6 percent in February 2020. Only five states had lower rates in April. Idaho’s April rate was less than half of its historic average of 5.4 percent from 1978 through 2019.

Idaho employers added jobs faster than any other state in the past 12 months. Idaho and Utah were the only two states whose nonfarm payroll employment rose between March 2020 and March 2021.

Since the early 1970s, Idaho’s job markets have been primarily employers’ labor markets, where relatively high unemployment gave employers more of an advantage. Around 2005, most of them transformed to job seekers’ markets, as employers found it difficult to recruit workers and workers felt more comfortable quitting jobs to take other jobs. The severe recession that began in December 2007 flipped the job market back to an employers’ market for a few years. But as Idaho’s economy has grown at an exceptional pace since 2012, the advantage has returned to job seekers.

Construction stands out for its job creation. Idaho’s construction employment rose 7 percent between March 2020 and March 2021, faster than any other state.

While jobs have grown since the pandemic’s start, some Idahoans left the labor force.

Many older workers dropped out of the labor force during the last year. The Current Population Survey, the source of U.S. labor force statistics, found the number of Idahoans 55 years and older in the state’s labor force fell 11 percent from 257,100 in March 2020 to 227,400 in March 2021.

Some workers dropped out of the Idaho labor force during the last year because of child or elder care issues.

There are more people reaching retirement age than there are youth to replace them. Despite Idaho’s rapid population growth and relatively youthful demographics, the number of teens entering the labor force has grown much more slowly than the number of people entering their retirement years. While the number of 16-year-olds grew 18 percent, (+3,970), between 2000 and 2019, the number of 65-year-olds grew 146 percent (+12,930), according to Census Bureau statistics. Half of Idaho’s counties saw their population of people between 15 to 24 years of age drop between 2000 and 2019.

Idaho employers will also be spending more time addressing retirements than they did 20 years ago. In 1992, 10 percent of their employees were 55 years of age and older, compared with 22 percent for 2020.