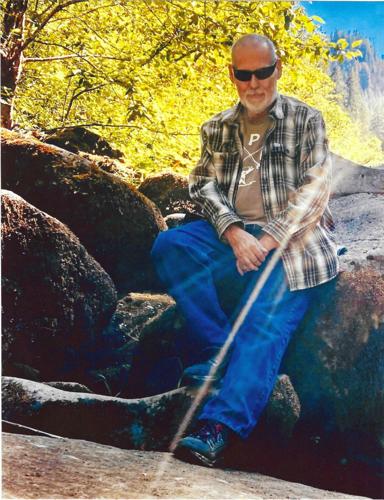 Send flowers from Flora and Fronds

Roy lost his battle with cancer on New Year’s Day, he was 64 years old. He was born in Iowa City, Iowa. His family moved to Grangeville, Idaho, in the ‘60s and called it home, where he lived a life full of fun and adventure. Enlisting in the Army after graduating from Grangeville High School, he was stationed in Germany as a military police officer and discharged honorably. Roy returned to Idaho, where he worked as a truck driver, built mobile homes, logging as a sawyer and heavy equipment operator, he gave up logging to do quality control for the state of Idaho on the Time Zone bridge in Riggins, Idaho. Then, worked for All West Testing for many years, projects such as Hwy 95 from Lewiston to Moscow, Idaho, the windmill projects in Pomeroy and Rosallia, Wash. Roy was happiest being outside, in the mountains and on the rivers, hunting, fishing with his grandkids; he caught a steelhead on 10/2020 with his grandson, Jacobe, gathering mushrooms (that he wouldn’t eat!) berries, antlers and whatever we found. Snowmobiling and four-wheeling, teaching the kids to drive, breaking through the snow in the spring and hanging with friends and family. He knew how to have fun and spent the last few years on road trips on his motorcycle with his friends. During the last year of his life, he lived with his sister, Sue, and Tom Gollihur to receive treatment. He spent many trips fishing and camping with them while he could. He is survived by his wife of 26 years, Chrisanne Oliver; daughter, Bethanne Maxwell; grandkids, Jonathan and Paige; stepdaughter, Angela McDade; grandsons, Jacobe and James; sister, Sue, and Tom Gollihur; brother, Charles Oliver; and many nieces and nephews. He was preceded in death by his parents, Joseph and Cecile Beardsley; brothers, James and Tony Oliver; sister, Elisabeth (Janie) Oliver; and niece, Tracey Nichols. We are grateful for the time we spent with him and will miss him dearly. Hope he, Tom and Roger are continuing their adventures elsewhere. Ride free and fish hard. Celebration of life to be held in the spring. Funeral arrangements are under the care of Coos Bay Chapel.

Send flowers from Flora and Fronds

Add an entry as anonymous