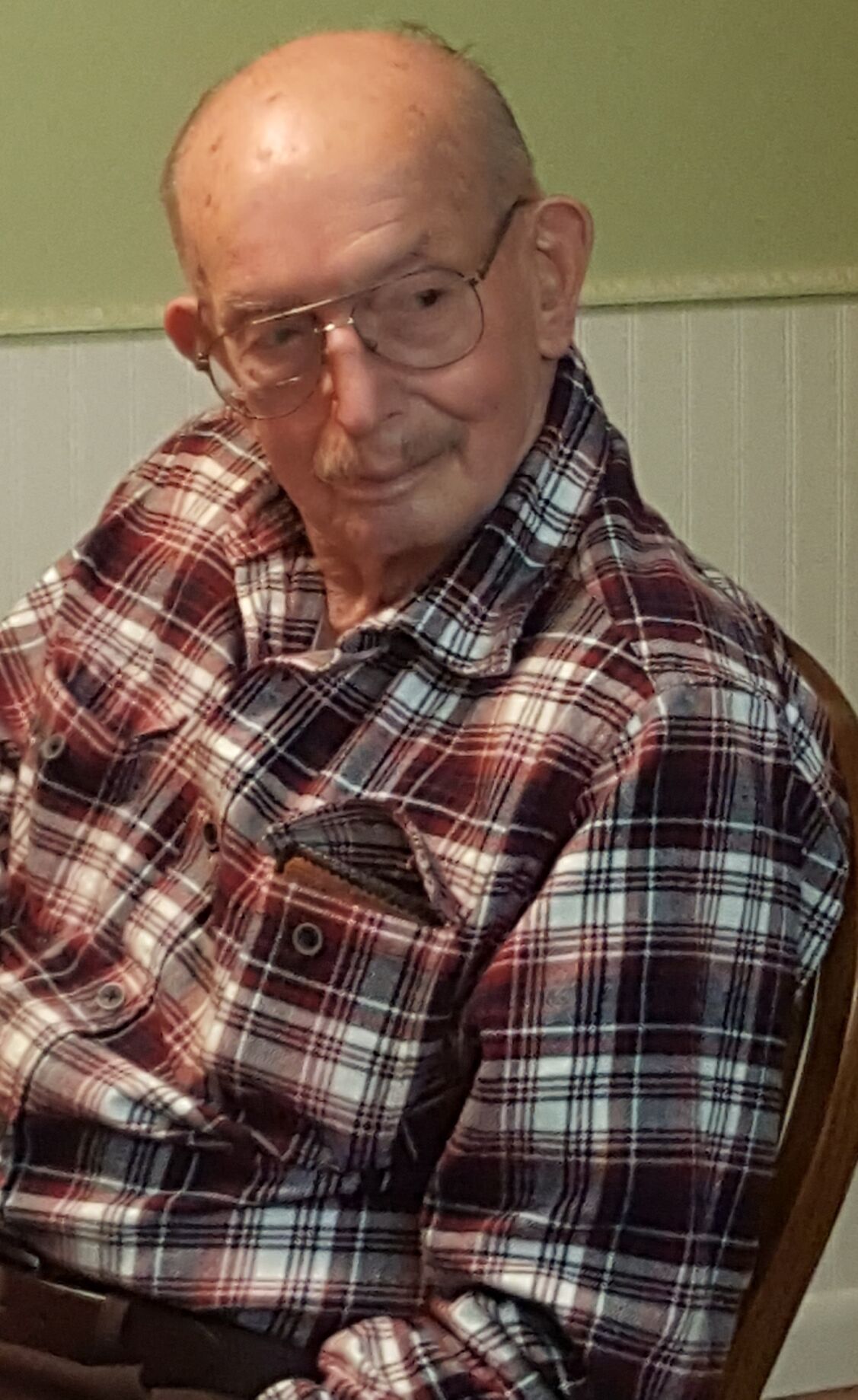 Vernon was born on Oct. 16, 1923, to Charles and Jennie Fincher of Lakefork, Idaho. He grew up in the McCall area and joined the family logging business at the age of 14. When he was 21, he joined the U.S. Army and was assigned to active combat duty in Italy in WWII. After being badly wounded, he was sent to the United States military hospital in Brigham City, Utah, and discharged from the Army in March of 1946. He was awarded the Purple Heart, American Theatre Ribbon, Victory Ribbon, three Bronze Campaign Stars, European African Middle Eastern Theatre Ribbon, and a Combat Infantryman Badge.

In October of 1947, he married Ruth Patterson of McCall, Idaho. They lived along Highway 55 near Lakefork for 68 years and raised three children, Leonard (Rocky), Marilyn, and Penny. Vernon continued working in the logging industry until he retired in 1981.

Fishing was Vernon’s passion, and you could find him on the riverbank more often than you could find him at home. He loved being out with his sons-in-law and grandsons spending the day drowning worms. Catching fish was secondary to the quality time he spent with “the boys”.

A private family committal service will be conducted on Friday, Oct. 16, at the Finnish Cemetery, followed by a public Celebration of Life at the McCall Senior Center at 3 p.m. The family requests that McCall City COVID guidelines be observed (mask and/or social distancing).

Always be true to his word, Vernon lived by his favorite motto: “A bad day fishing is still better than a good day at work.” Contributions in his memory can be made to: kidsfirstcast.org or Kids First Cast, ATTN: Wish to Fish, P.O. Box 3916, Nampa, ID 83653.

I am so Sorry about hearing of the Death of Vernon. My heart goes out to all the Fincher Family. Vernon was my cousin, but as we age the only time we saw each other was either a Funeral or a Family Reunion. My Father was John Fincher from La Grande, Oregon the Brother of Donald Fincher of Summerville, Oregon and the place of our last Reunion. My family wants you to know, that we are praying for you and yours.