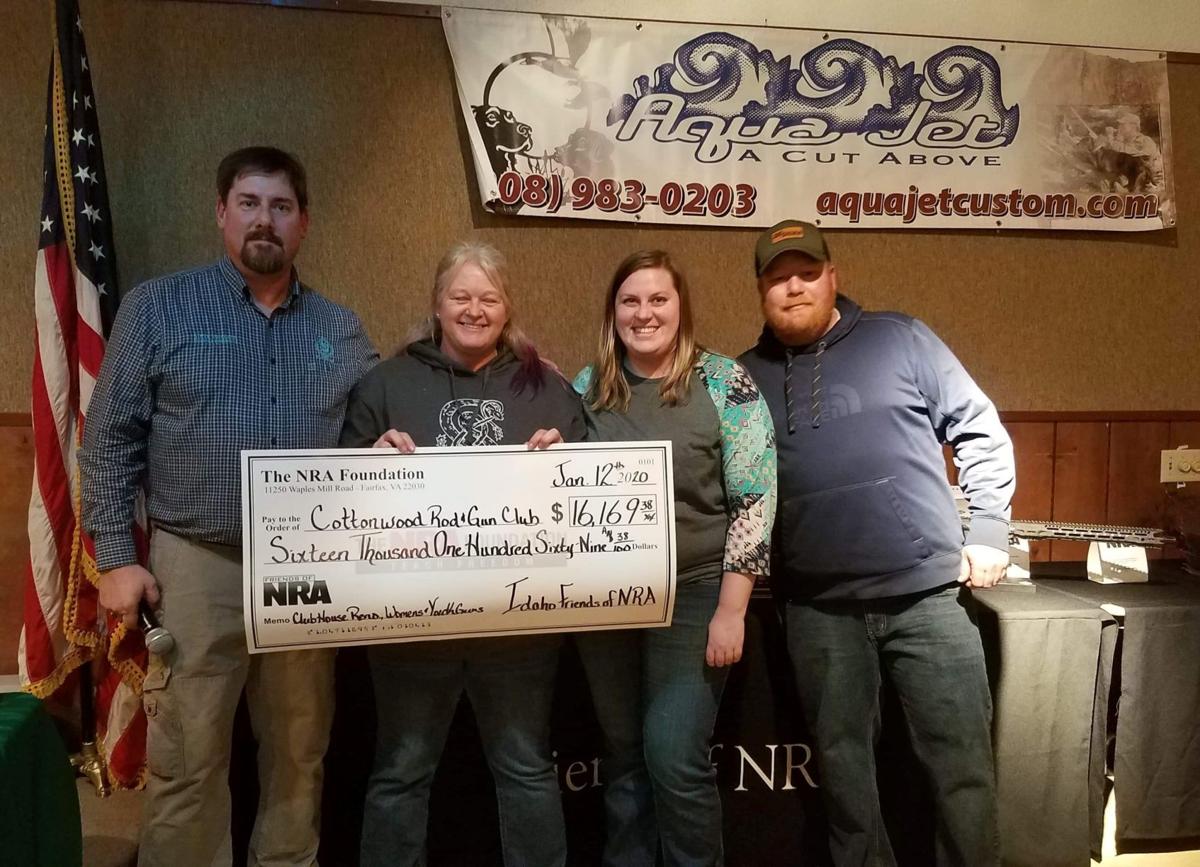 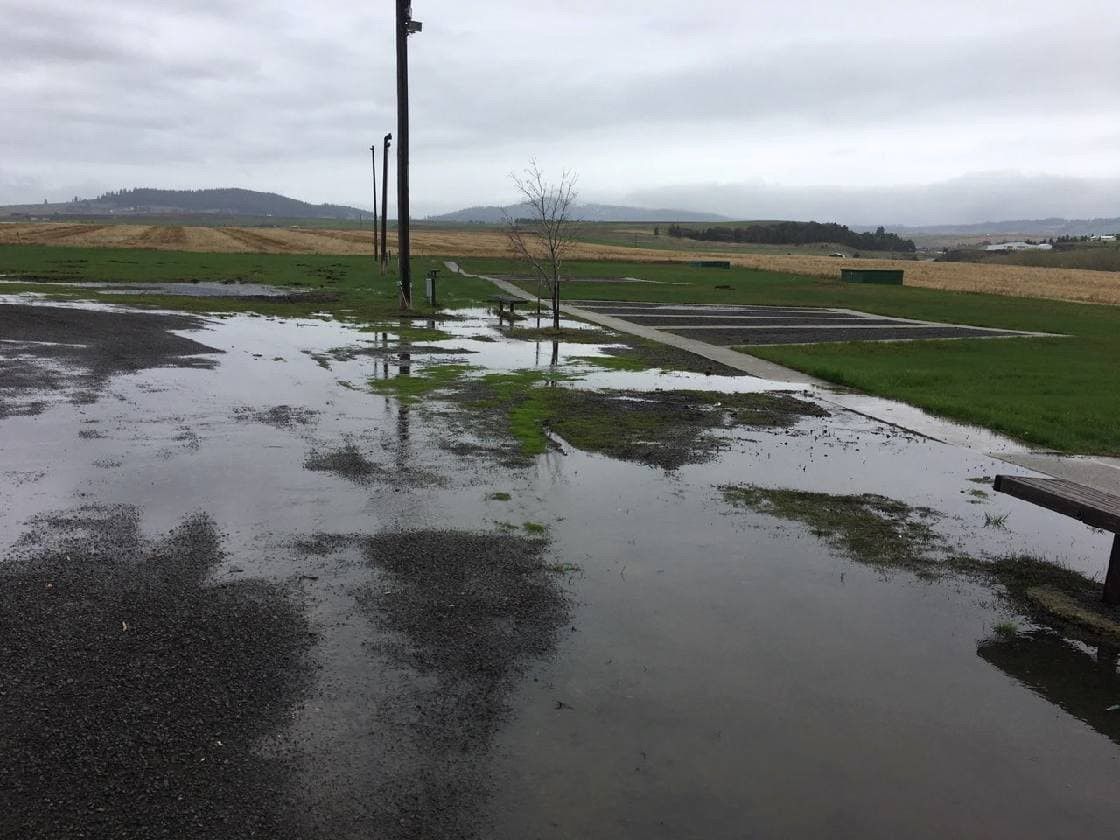 The Idaho Friends of NRA provided a grant of more than $16,000 earlier this year to correct a drainage problem at the Cottonwood Gun Club. 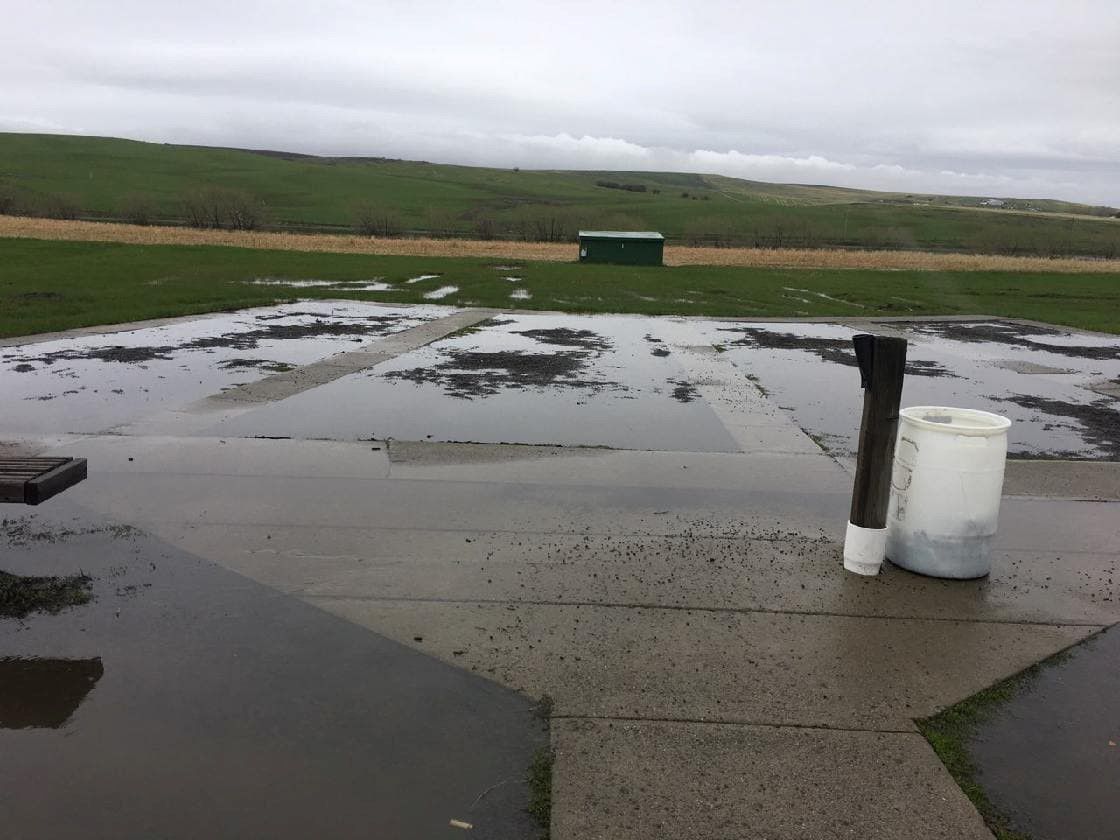 The Idaho Friends of NRA provided a grant of more than $16,000 earlier this year to correct a drainage problem at the Cottonwood Gun Club.

COTTONWOOD — Friends of NRA is a nationwide program of the National Rifle Association Foundation, the local chapter of which puts on a big fund-raising banquet every year in Greencreek. The money raised supports a variety of related programs, including, this year, a grant of more than $16,000 to the Cottonwood Gun Club for improvements at that local shooting range.

“It can be a lot of different things,” Camas Prairie Friends of NRA chairman Josh Castor told the Free Press March 16. “It can be for kids shooting sports, upgrades to your facility...for them, their No. 1 stall floods now, because the airport above them paved a section. So they get a lot more runoff, and it’s flooding that area. So they put in a grant request for truckloads of dirt and stuff, and basically that whole group out there is going to donate their time. Some people are going to bring in heavy equipment. And the grant is to supply rock and footing to build that up, because not every gun club can go out and spend $17,000. This year, they’re doing this. Next year, they can reapply for another grant.”

Castor said the grant funding goes first to women’s and children’s shooting sports, then to “state-level things” and thirdly to range improvements. “Cottonwood Gun Club got the fourth-highest grant in the State of Idaho last year, which is cool.”

Castor, in his first year in Idaho, is part of the FNRA grant committee. “I’m pretty exicted to see us get a big chunk of money,” he said. “So are they at the gun club. And we want to get the voice out that there’s other gun clubs, Boy Scouts, archery ranges — and not just guns only, there’s a lot of things that these grants can go toward.”

The money comes from banquets such as the one held last month in Greencreek, which was backed by more than 60 local private corporate and individual donors and underwriters.

The Cottonwood Gun Club is still organizing exactly when and how the work will get done by volunteers from within its membership, and secretary Kim Schmidt told the Free Press March 24 that they’ll be meeting about that soon.

“Our deadline, I think, is Oct. 31, but we’re hoping it’ll be in time for our six-week shoot that starts Oct. 14,” she said. “But most of our members work during the week, and really just depends on who can do what this weekend or that.”

She said the work will involve having to tear up the ground in the affected area, so the club will be addressing the wiring for the electric throwers in the No. 1 traphouse.

“Me, Molly Wimer, Lydia Lustig and Kira Baker all worked on the grant this past year,” Schmidt said. “We’re all gung-ho to do it again to see what we can accomplish and make it a better place.”