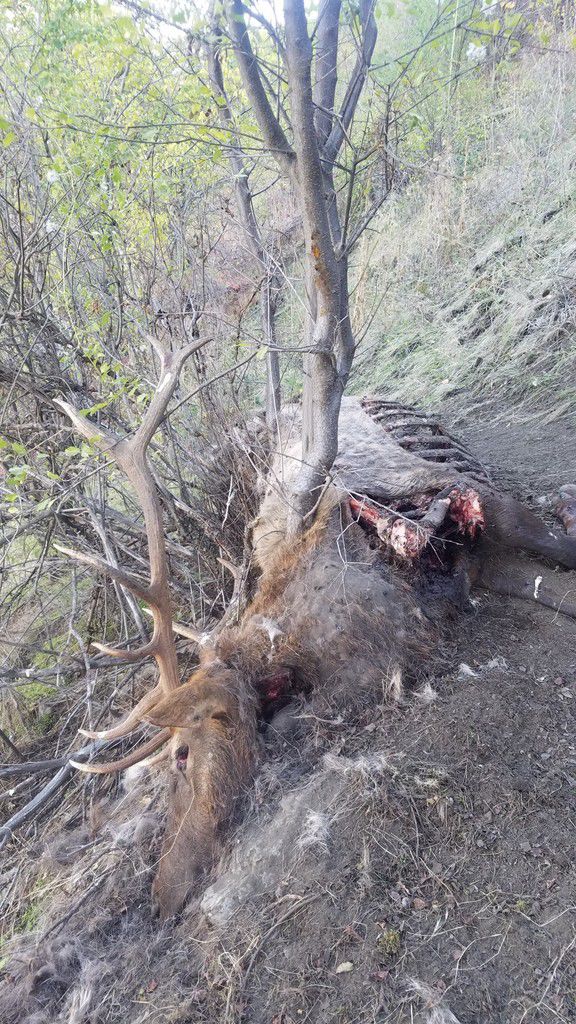 This photo was snapped by Idaho Department of Fish & Game investigators several days after this 6x6 trophy bull elk was left to waste in Salmon River country generally in the vicinity of the Steelhead Inn south of White Bird last fall. 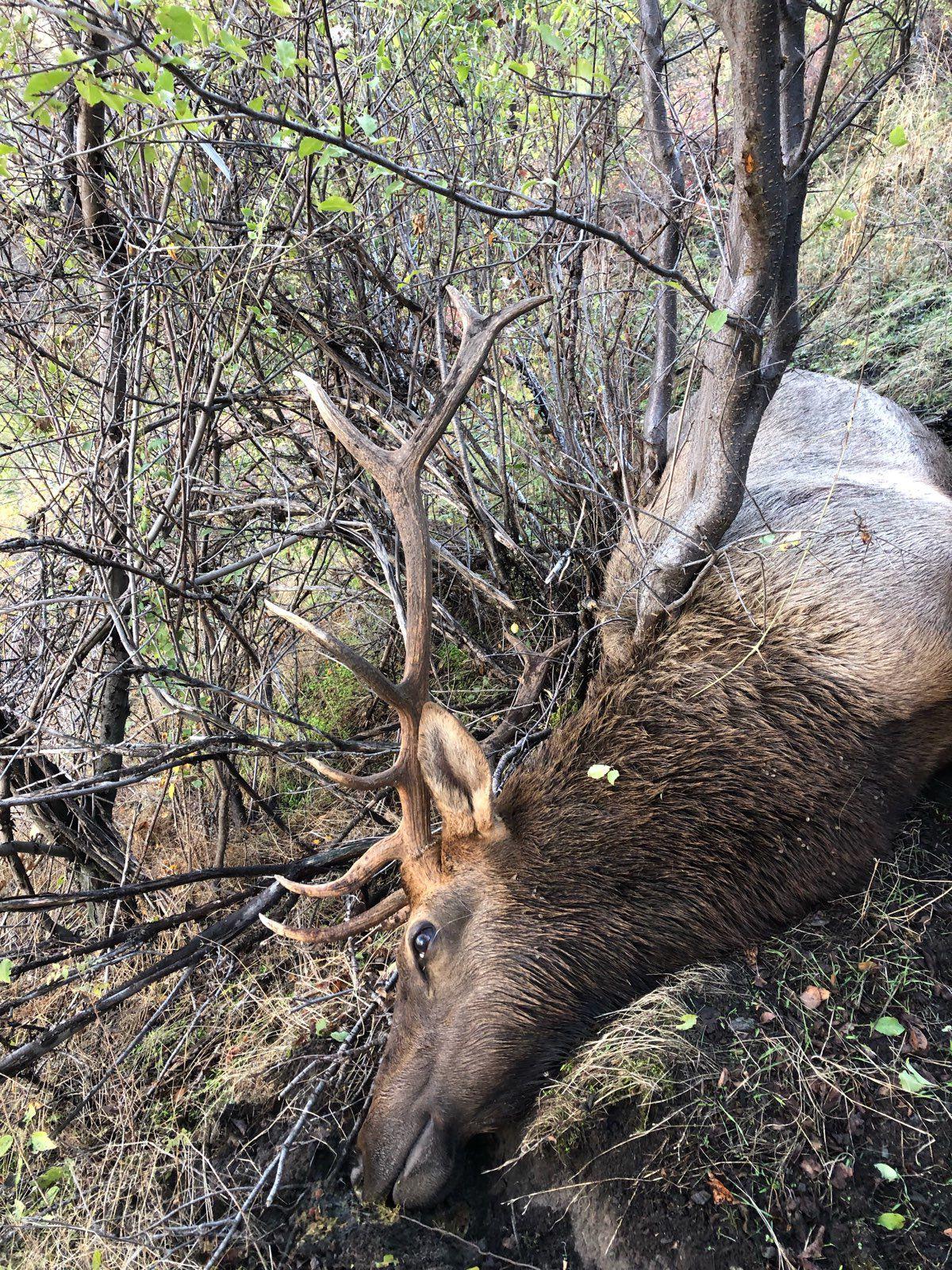 The photo was found through a warrant that IDFG conservation officers obtained last winter in order to search Oregon man Lee Sparks’ phone after months of investigation.

This photo was snapped by Idaho Department of Fish & Game investigators several days after this 6x6 trophy bull elk was left to waste in Salmon River country generally in the vicinity of the Steelhead Inn south of White Bird last fall.

The photo was found through a warrant that IDFG conservation officers obtained last winter in order to search Oregon man Lee Sparks’ phone after months of investigation.

Last fall, Idaho Department of Fish & Game investigators snapped a photo of a rotted-out trophy elk on private property in the general vicinity of the Steelhead Inn south of White Bird. Months later, they found a second photo of the same animal on the phone of an Oregon man – Lee Sparks.

According to investigators, Sparks had previously denied anything to do with the killing of the 6x6 bull, but earlier this month, Idaho County district court judge Jeff Payne accepted a deal under which Sparks pled guilty to two of four charges IDFG conservation officers filed last December in what IDFG district conservation officer George Fischer told the Free Press was the most egregious local poaching case of last season.

“What’s most shocking is this guy is 60-plus years old and in good shape,” Fischer told the Free Press. “Not in a million years would you think someone who calls himself a hunter would do that. … The guy is a working professional-type individual. Probably people who know him would say, ‘Never in a million years! You got the wrong guy!’ But we definitely found the right guy.”

Charges were filed in December, and Sparks pled guilty of wasteful destruction of wildlife and a related charge as part of the order Payne signed off on May 13.

“The picture can’t lie,” Fischer went on to explain. “We started with the skanky one, and through digging and interviews and a phone search warrant, we found the second one.”

Payne's withheld judgment dismissed two of four charges investigators filed: One allegation that Sparks trespassed on private property, and another that he failed to tag the animal he shot last opening day.

Adam Green prosecuted the case. Under the withheld judgment, Sparks’ hunting license was ordered suspended through May 2023, with probation of 24 months in addition to 40 hours of community service, as well as penalties and fees totaling $2,290.

“Because of the egregiousness of it, we had asked for jail time and I think we would have got it,” Fischer said, “except for the COVID quarantine kicking non-violent offenders out of jail.”

IDFG investigators had worked backward from a report that a private citizen made several days after hearing a single shot and an out-of-place vehicle on private property in the general vicinity of the Steelhead Inn south of White Bird.

“There’s an elderly fellow,” IDFG district conservation officer George Fischer told the Free Press May 25. “He hears a gunshot on opening day and he thinks, ‘There’s not supposed to be anyone hunting here.’ It’s very well-posted ground. He looks down at the end of his driveway and there’s a rig parked there that’s not supposed to be there. … He writes the license plate down."

Several days later, the tipster told IDFG conservation officer Ethan Bishop about the shot and the unexpected vehicle; Bishop and Fischer checked it out.

“We went up there and spent half a day looking,” Fischer said. “I just happened to see a ribbon tied to a tree. That shouldn’t have been there, in a brush field, just a little red ribbon. … Lo and behold, I steer Ethan into the ribbon, and there’s this six-point bull.”

With information provided by other private citizens, investigators figured out where Sparks had stayed and pursued a warrant to search his phone. Fischer said this investigation had involved contacting several of Sparks’ acquaintances who had stayed with him in the area, who told investigators that they had tried to warn him not to shoot that trophy bull.

Pursuing the case took several months, but investigators closed it well within the statute of limitations, which is five years. Through the phone search, investigators obtained a picture of the same elk they had found. But this photo was of the animal as it lay after it was dragged into the brush, before it decomposed.

“Thanks to an alert owner and cooperative business owners, we were able to make that case,” Fischer said. “Boots-on-the-ground work by Ethan and officer Rick Cooper out of Lewiston helped a bunch, too. It takes a lot to make a case like that, and they did a great job.”

IDFG officers continue to pursue other, unrelated poaching cases from last season, including one previously reported out of the Cottonwood area, for which Fischer said investigators have solid leads.

Anyone who has information about poaching cases may call the Citizens Against Poaching anonymous tipline at 1-800-632-5999.