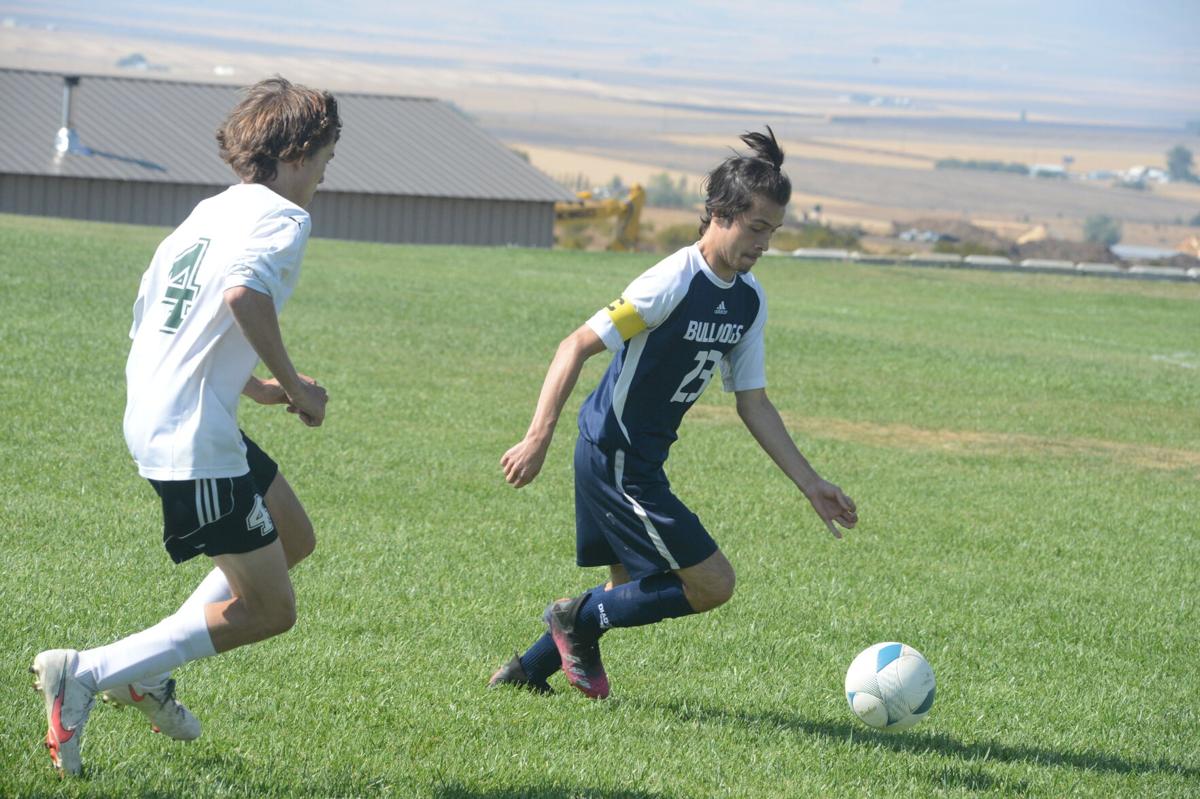 Collin Husted scored a few quick goals during the game. 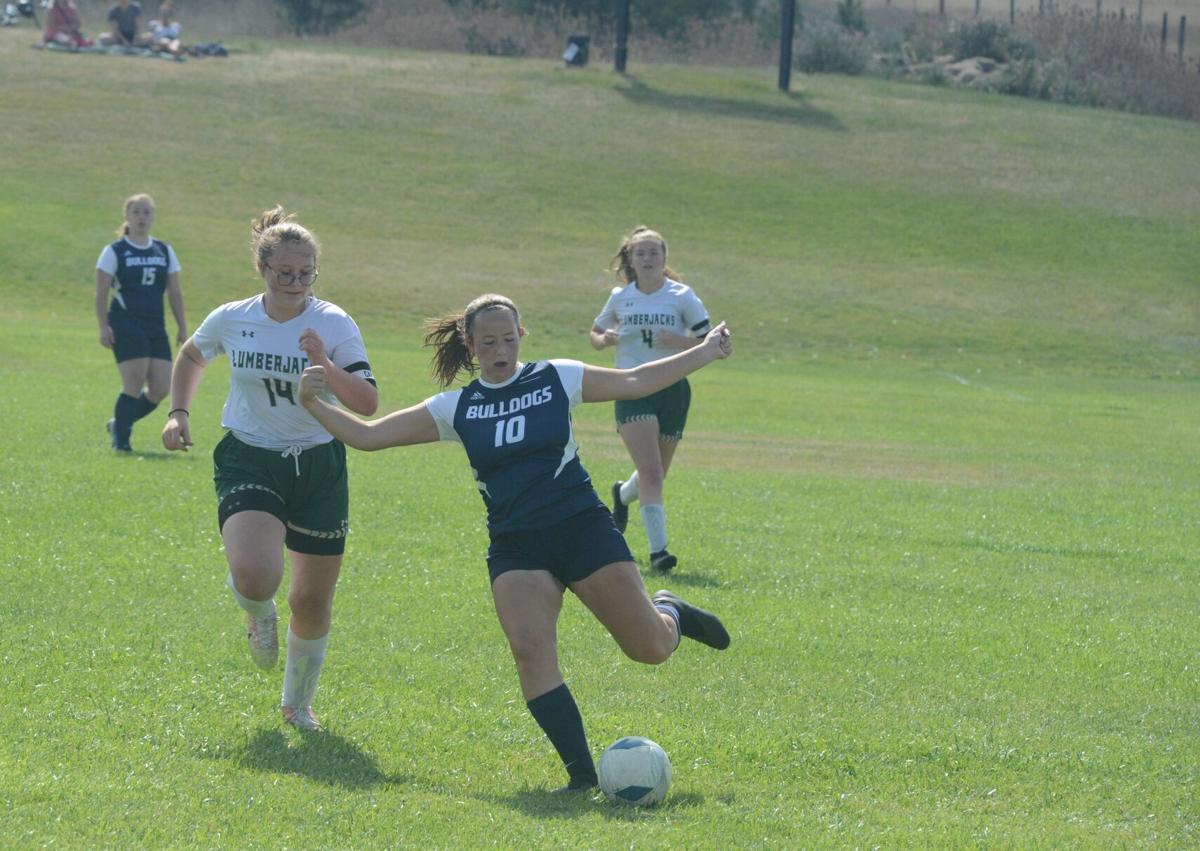 GRANGEVILLE — The Bulldogs are still looking for their first win under new coach Jason Weber, but charted a bit of progress with a 1-1 tie against Orofino early last week, followed by a 5-0 loss to St. Maries on Saturday, Sept. 11.

“I felt we are starting to execute on three areas we’ve been focused on and working on,” he said. “It’s helping us bring the game a little more under control. We really brought the ratio of shots on goal ‘us versus them’ to a much more equitable level than our previous three games.”

Grangeville had kept it close against St. Maries through halftime, but ended up pulling keeper Logan Weber after a couple of quick goals for Collin Husted, who is “a quick and instinctive athlete and has the right mentality to be a keeper.”

“He did great in the second half for his first time in goal,” the coach said. “We tried some different position rotations this time during the game to give some players a little more rest and that seemed to do well.”

He praised the defensive play of Adrian Rodriguez, Kieren Gallagher, Joel Gates and Toby Stoner. Cole Ruklic continued to “fill a lot of roles and bring lots of versatility on the attack and defensively at the center of the pitch.”

Offensively, he said, Grangeville is getting more and better scoring chances.

“St Maries’ front line is skilled and clever with the ball,” he added. “They are poised and fun to watch. Their keeper is super athletic and reads the field well. Of the teams I’ve seen so far, he is the most complete keeper.”

The Grangeville girls beat St. Maries 8-1 by way of a big day for midfielder Mia Rioux, who scored every which way, including shots from outside the box and a penalty kick. After the lead grew to the point of assuring the outcome, keeper Talia Brown moved from goal to the outfield, and ended up scoring her first regular varsity goal.

Next, both teams are scheduled Sept. 18 in Coeur d’Alene. Both games kick off at 2 p.m. against CDA Charter.