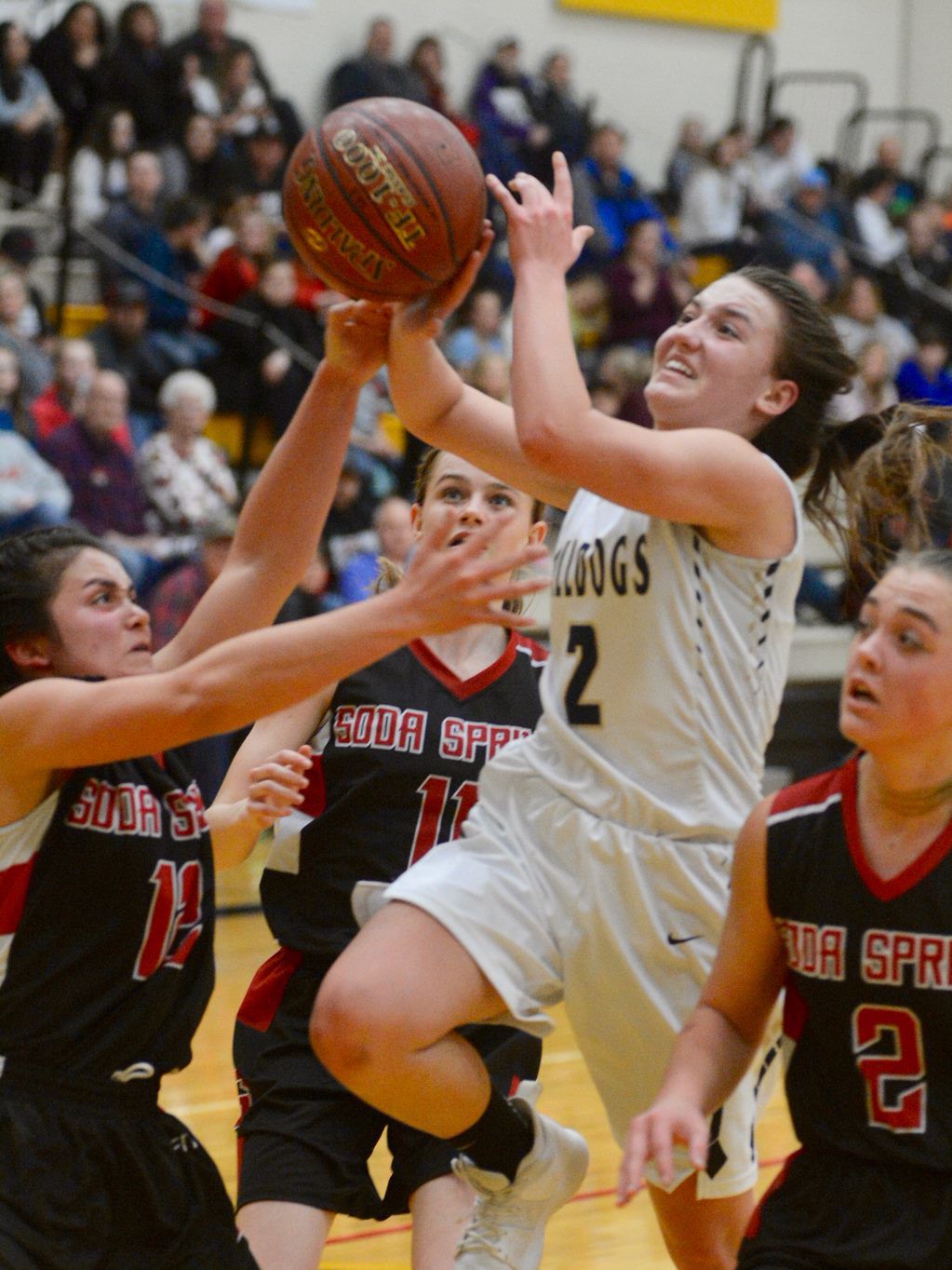 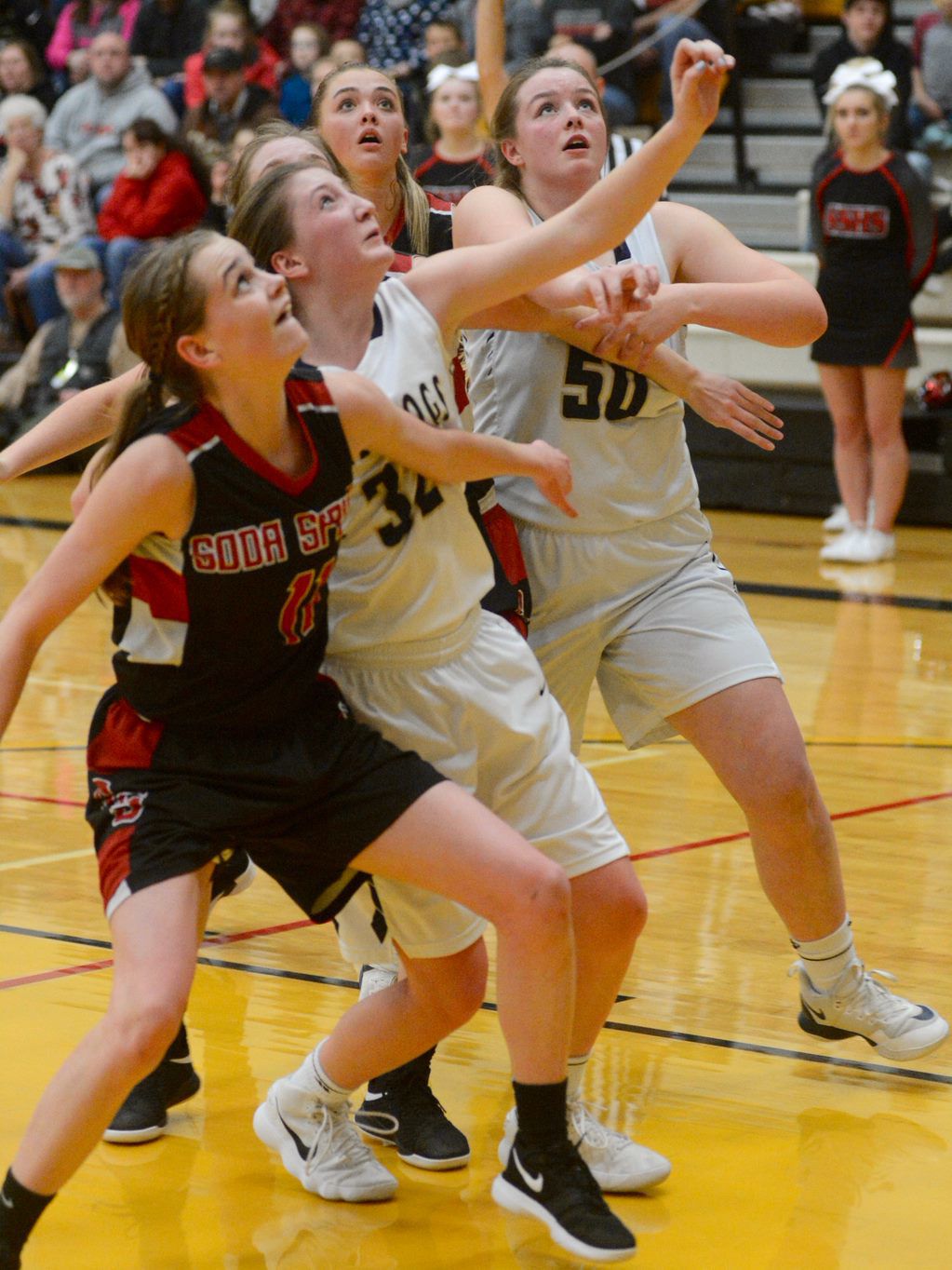 Grangeville's Bailey Vanderwall and Colby Canaday held off an onslaught by Soda Springs rebounders to secure a rebound during the first half of Soda’s 50-29 quarterfinal win Thursday night, Feb. 14. 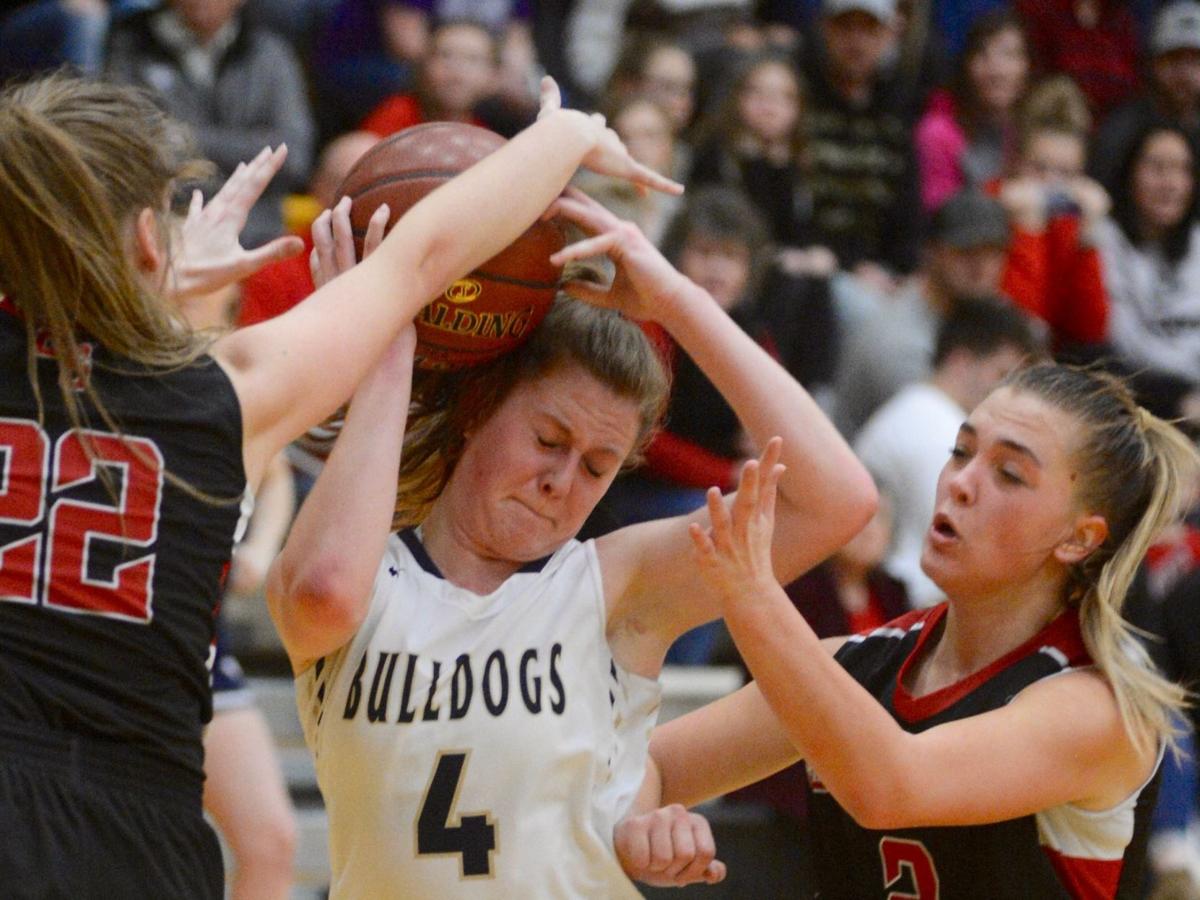 GHS senior Paige Lindsley led the Bulldogs in scoring, and bore the brunt of Soda’s physicality even during the fourth quarter.

Grangeville's Bailey Vanderwall and Colby Canaday held off an onslaught by Soda Springs rebounders to secure a rebound during the first half of Soda’s 50-29 quarterfinal win Thursday night, Feb. 14.

GHS senior Paige Lindsley led the Bulldogs in scoring, and bore the brunt of Soda’s physicality even during the fourth quarter.

BOISE – Soda Springs extended a 50-game win streak with a mix of stifling defense and precise offense against Grangeville during the first round of the 2A tournament. Out of the gate Thursday night, Feb. 14, Soda stacked off a 10-4 lead on the way to a 25-8 halftime advantage and a 50-29 victory.

Grangeville battled proudly, but shot just two-for-20 during the first half. The Bulldogs’ accuracy picked up during the second half, which began with Camden Barger knocking down a three-pointer and Paige Lindsley tallying a jumper off a pass from Hayden Hill. Grangeville crept within 18 points on a jumper by Zoe Lutz off an assist from Jakaili Norman, but Soda responded with a three-pointer.

Bailey Vanderwall kept the Bulldogs’ thin hopes alive when, tangling for a rebound, she saddled Cardinals guard Reagan Yamauchi with her fourth foul late in the third. But Soda deployed five-player substitutions and left little doubt about the quality of its bid for another state title.

Grangeville lost to Malad for the consolation prize in the Class 2A girls State basketball tournament. The Grangeville Bulldogs enter the Cl…