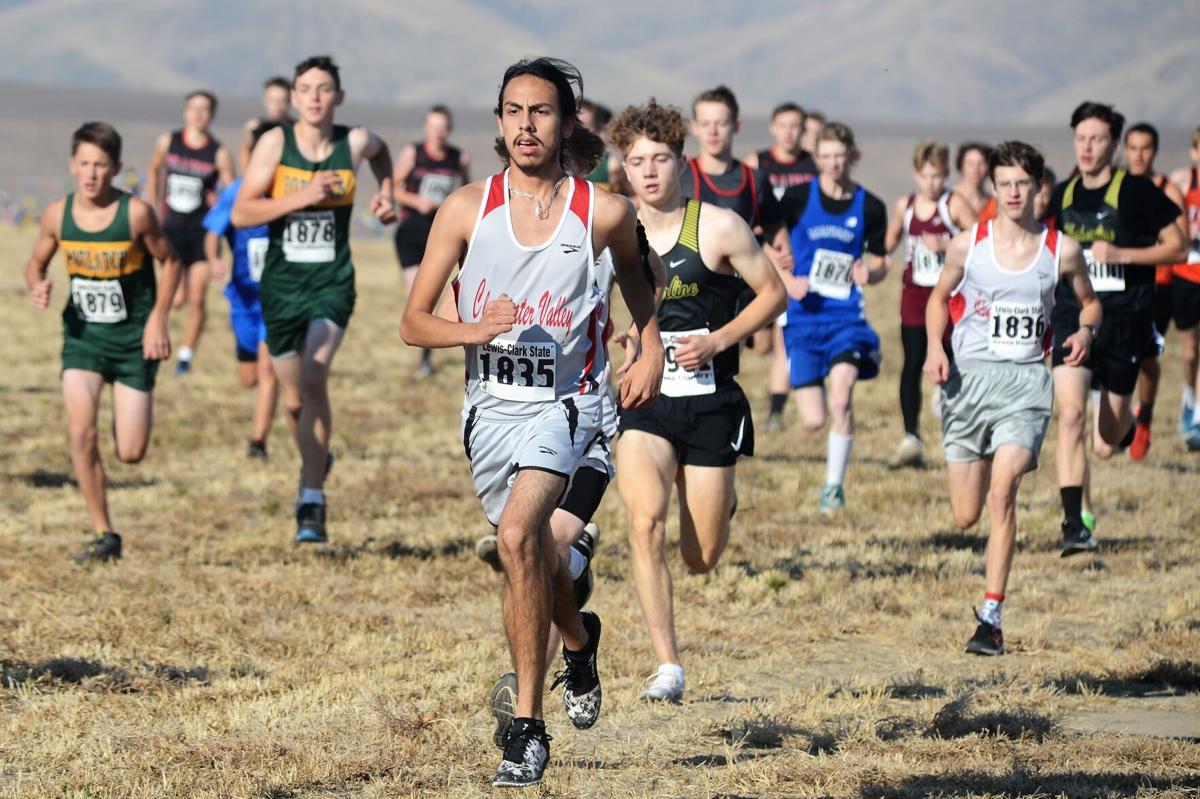 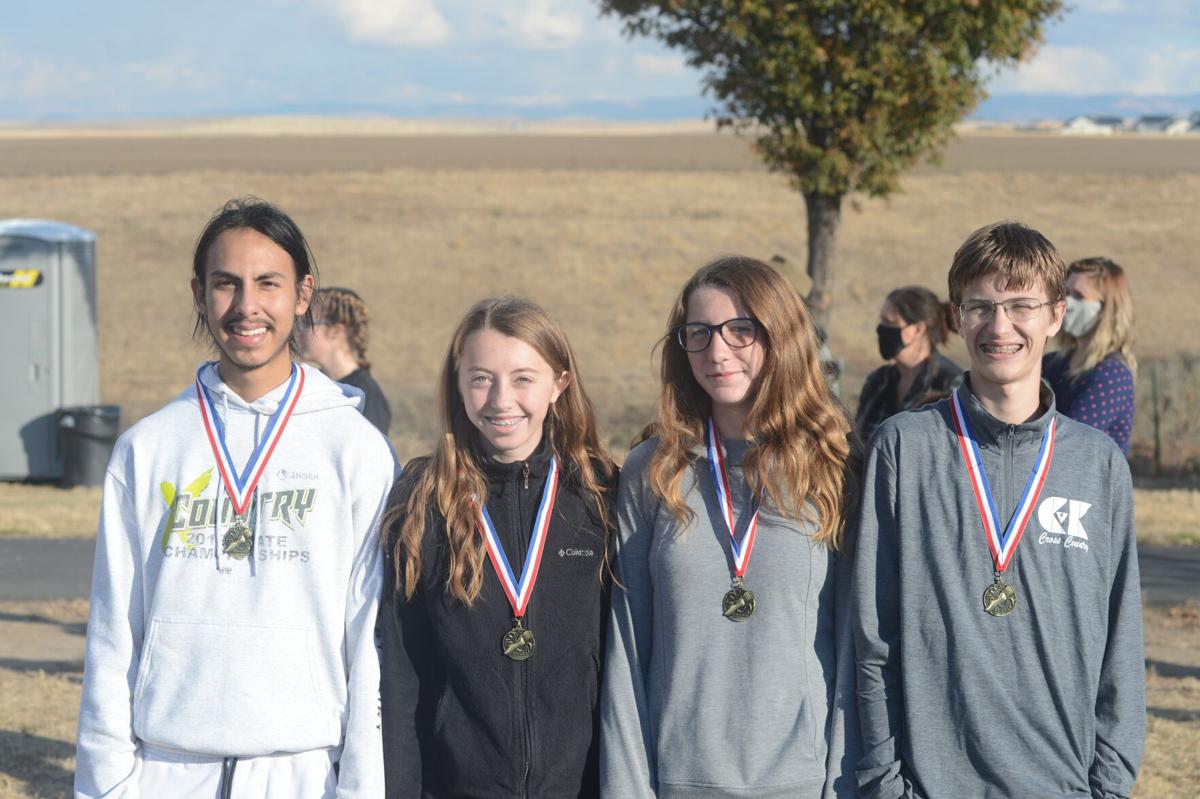 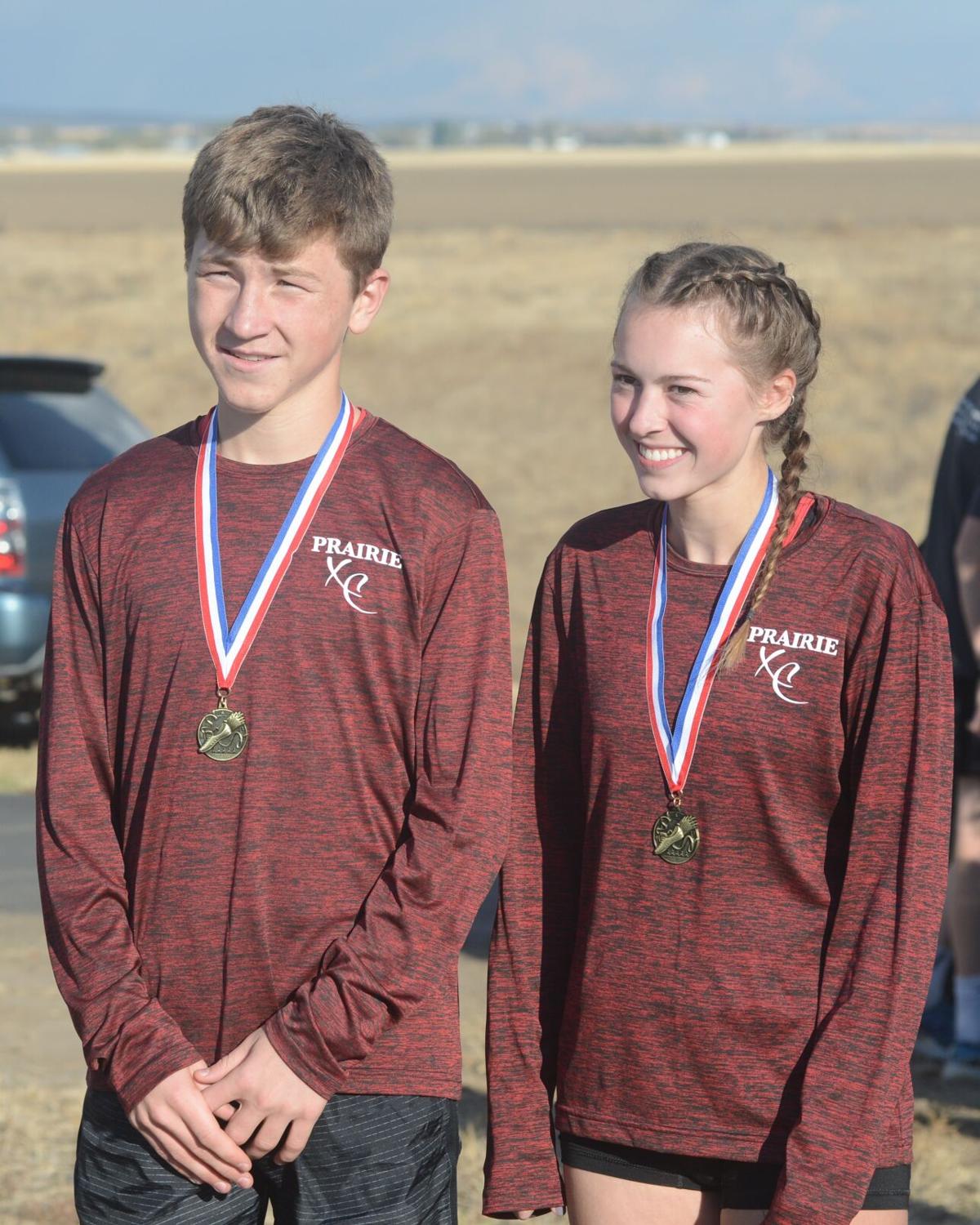 Two Prairie teammates medaled at the district meet Oct. 22 in the Lewiston Orchards. Pictured are (from left): Tyler Wemhoff and Kyleigh Duclos.

Two Prairie teammates medaled at the district meet Oct. 22 in the Lewiston Orchards. Pictured are (from left): Tyler Wemhoff and Kyleigh Duclos.

Also qualifying to run at the state meet next Saturday, Oct. 31, at the Portneuf Wellness Complex in Pocatello was Wyatt Anderberg.

Prairie's Tyler Wemhoff also qualified on the boys side.

Qualifying for on the girls side were Eleah Swan and Zoe Hooper as well as Prairie's Kyleigh Duclos, who finished sixth.

Meet organizers announced qualifiers after the race and pledged to certify and post official times and placements on Friday.